A Seafood Cookbook for Dummies and Geniuses 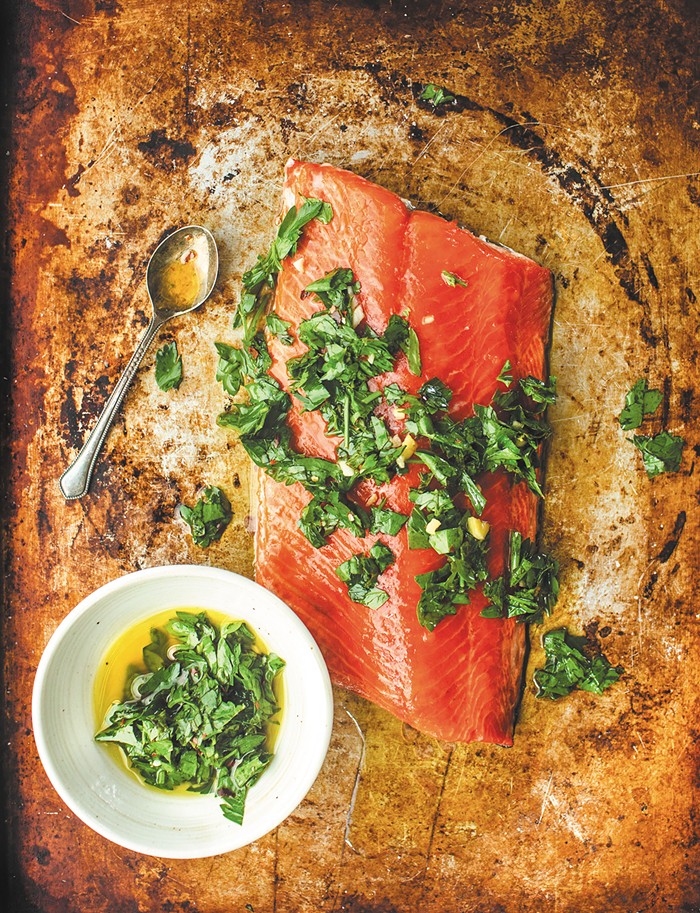 Despite having lived in two coastal cities where seafood was fresh and bountiful, I never really learned how to cook it. General intimidation, a bigger shopping expense for (what seemed to me) an unpredictable outcome, laziness... it just felt easier to enjoy seafood at a restaurant. Leave it to the pros.

The Pacific Northwest Seafood Cookbook is made for folks like me, though experienced seafood makers will likely find much to bookmark for later feasting. It's written by Naomi Tomky, a well- regarded industry-experienced Seattle-based food writer whose thoughtful analysis on the local culinary scene and beyond has appeared everywhere from the New York Times to Food & Wine magazine to this very publication, and she brings an easygoing conversational tone to her cookbook debut.

The obligatory intro about who she is and why her wisdom matters is followed by instructions on how to use the book, a brief run-through of portion sizes, equipment, ingredients. She also has information on where to buy seafood, sustainability, the difference between farmed and wild fish, including why it's acceptable in some species (trout) and not in others (salmon), how to judge the freshness and quality of varying types of seafood, and even how to store it once you get it home. She also delivers a short but interesting overview of our region's seafood history and the rich melting pot of its varied influences.

The book is organized into three sections ("Fish," "Shellfish," and "More"—squid, scallops, sea urchin, etc.). Within these sections are chapters highlighting each sea creature with more in-depth background and useful information (like the difference between cod and lingcod, steelhead and regular trout, or prawns and shrimp). Then there are the recipes, beginning in each section with the easiest, aka Tomky's "foolproof" recipe. Theoretically with those, you cannot go wrong.

The recipes are thoughtful, home-cook accessible, mouthwatering (especially when paired with the fine food photography of Celeste Noche), and, most importantly, easy to follow for seafood cooking newbs such as myself.

I decided to try out the Slow-Roasted Salmon, Tomky's foolproof recipe for my favorite fish. I picked up a pound of the wild king variety from Mutual Fish (a place recommended in the book and only about a five-minute drive from my house—check that carbon footprint!). I prepped the rich orange fillet per the simple instructions. Of course, I ended up having to roast the salmon twice as long as the recipe recommended (it was a big-ass piece of fish), but it turned out sublime: moist, tender flakes of salmon that melted in the mouth like butter. And after finishing it with a drizzle of tangy, piquant chimichurri sauce (from Tomky's accompanying recipe), it was perfection.

The Mister has been eyeing the chapter on Dungeness crab. I'll let him take the lead on that (very messy) one.