1
Wow, great. I first read T. Cooper as part of an anthology on John Hughes films. His essay was about being attracted to Duckie Dale and then realizing he wanted to be Duckie Dale; also, great thoughts on Mary Stuart Masterson's character in Some Kind of Wonderful. I'm excited to read this book, and glad that he was able to tell his story in a way that felt authentic, even if (especially if) his voice betrays some anger, hesitation, etc.
randomsumm3r on November 28, 2012 at 11:49 AM · Report this 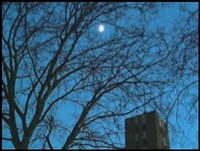 2
I always wonder what it means to be a man or a woman, really. I realize that I'm coming at this from the perspective of someone who has never felt out of place with my sex, and I am not asking this in a facetious sense.

I am a fairly masculine female according to other people, not in appearance but in action. I've always been frustrated at this sense of being 'odd' or abnormal, when I'm just being me. It's taken years to come to a place of comfortability with it, but even when it wasn't comfortable (socially) I still felt at home with my gender.

I just wonder if we didn't have so many gender specific social "norms" and just accepted that each person has individual attractions, behaviors, etc. if gender re-assignment would be necessary.

And before I am jumped on for over-simplifying the issue, please let me say: I know my situation is not the same as someone who identifies with a different sex.

I am honestly curious at how this might be different if we were to shed some of our social norms regarding gender and sexuality.
pinksoda on November 28, 2012 at 1:54 PM · Report this
3
@pinksoda- The type of question you are bringing up can be hard to ask, because we don't want to be unsupportive of our transgendered brothers and sisters, but it is also important that we work through our personal issues on these matters. Ultimately we can't be TRULY supportive if we have misgivings about what all this gender stuff "really means." I struggled with this problem for a little while, and then I read Julia Serrano's "Whipping Girl A Transsexual Woman on Sexism and the Scapegoating of
Femininity." She is a very smart woman who really helped me wrap my mind about how all of these ways of being could co-exist without canceling each other out somehow. Check it out.
on November 28, 2012 at 11:49 PM · Report this

4
@2 It's a valid question but the answer is... no. Of course it would help... But the efficacy of hormones on how a trans person feels and thinks...beyond how they look or act or what "role" they are seen to adopt... Well it's that biological fact, that need, that essential thing which is part having been born transgendered. Hormones effect so much about us, everything really.

How a transgendered person comes to be as an individual is certainly part of that discussion (like all humanity) of society and gender and sexuality. But to get to that point, there is a lot more needed than just defying societal expectations. (And to that end, yes..the actual genital surgery is huge but kind of a secondary thing; despite that it's the main thing most people think about.)

5
@2, I've wondered the same sort of thing: Can we build a culture where acceptance of people as they are is a given, and where "norms" or "stereotypes" for behaviour or bodytype are cast aside in favor of just loving people as they are.

Alas, it is a pure thought experiment... albeit a hopeful one. We can work towards it with our own lives and interaction, obviously, but it won't happen anytime soon in the wider culture.

People have hopes and dreams, fantasies of the lives they want to live when they grow up. While some of us are non-traditional, there are an awful lot of people who seek out role models that resonate with them and hyper-idealize those. How much of this is societal imprinting and how much is some sort of essential genetic identity, beats the hell out of me, but it's clearly there. You can see it in how children play, in popular culture and who teens imitate, in our own boring, traditional and unimaginative relatives.

As long as the role model we lust to be matches our gender, we can get away with it, with society's approval. All the alarm bells obviously go off, though, if we identify with the wrong gender.

What I'm saying is, of course we should accept everyone, but the role-playing itself is never going to go away, not in this model Homo sapiens, at any rate. And, even if we teach everyone that they can be anyone they imagine, a lot of them are going to be the exact same people they are.
Brooklyn Reader on November 30, 2012 at 2:11 PM · Report this
7
@6, I don't think that can quite be it. I grew up easily able to identify with male role models, because, hello, sexist society, relative dearth of compelling female role models. When I think "what would so and so do" I'm quite often going to be thinking about a man. Occasionally I've had dreams where I'm a man and that seems perfectly normal. But I have no gender dysphoria... because it never seems abnormal or distressing for me *not* to be a man.

Meanwhile a boy who identified with female role models would be in trouble because, again, of sexism.

One of my trans friends (who stressed she was speaking solely for herself, however), said for her it wasn't really about "gender" at all -- it was about "sex" -- i.e, the body. Male body parts just felt jarringly wrong to her. Female gender identity was more, as she saw it, a consequence of how she needed her body to be, not the end in itself.

8
@ 3 - Thank you for the book suggestion, I will definitely check it out!

To everyone, I love this conversation, small though it is; I would love for it to grow.

@7 - I get that; yet there are a large number of trans individuals who never change their sex - my best friend is one of them.

I'm curious, for my own selfish reasons, if gender roles were absent from our society (a huge challenge, I know), and if we really could interact with one another as individuals, would it be necessary to identify as transgendered at all?

@5 - It is a hopeful thought experiment. Having never questioned my own sex I am afforded the luxury of my own speculation without having to do any of the 'heavy lifting'. I don't take that for granted and try to keep it in mind when I am confronted with an 'other' reality.