Steven Hsieh
Back to article

1
I believe it's Junction Neighborhood Organization (JuNO).
Chas Redmond on November 27, 2017 at 3:28 PM Report this 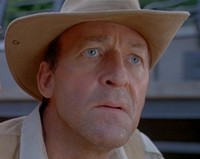 11
I was wondering what was wrong around here. Turns out we have "scale". Hope there's a cure for that.
Matt the Engineer on November 27, 2017 at 10:11 PM Report this
12
As much as I love my city, I am starting to think our city gov't is full of shit, and not working on behalf of us. Clearly, if they worked in the best interest of the city, they would TELL developers, "you MUST add in affordable units to ANY structure you develop.
Not this BS "money in a fund" shit!!
Am I the only one that can see this is nothing but a quick path to segregation??
If the affordable units are not spread out through the cities new construction, where do you suppose all this "affordable low income" shit will get built??? All in the same historically low income areas, that's where.
Way to show you care Seattle!!! Fucking spare me, I'm not that fucking stupid. 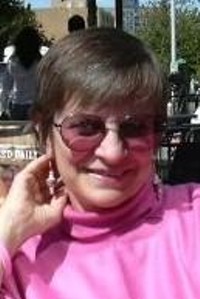 15
The Coalition didn't send out our press release early. We announced a press conference would be held on Monday. It was Berkman who jumped the gun of a press advisory dated Monday, misled the coalition of his intent, wrote a broader story than an advance piece, misstated the group's position as being against growth and didn't bother to attend to press conference and interview any of the two dozen group representatives to find out what we are actually for, like neighborhood planning. Being against growth would be like being against gravity.
Sarajane46th on November 28, 2017 at 2:05 AM Report this

16
But you are appealing something Scaryjane. By definition that means against. What does it matter what you are for? For could be anything, zero percent of which happens because you win your appeal. "What you are for" is an irrelevant beard meant to soften your group's image. So stop crying "fake media" and have the balls to say fuck you this doesn't fit our desires.
Clara T on November 28, 2017 at 7:44 AM Report this
18
@15- Opposing development in one particular area might be explained by believing that growth would be better done in another spot. But putting together a coalition that spans the entire city and is against more density can ONLY be described as anti-growth. Would your coalition agree to allowing duplexes/triplexes in neighborhoods that are now single family only? How about apartments? Smaller lot sizes? Anything at all that allows for more people to move in?
dvs99 on November 28, 2017 at 7:54 AM Report this
19
Oh good, more housing for poor people built right onto busy 4-lane highways so there is no peace and quiet and their kids get to breathe pollution from idling traffic. Great idea! Don't put commercial uses on busy thoroughfares, that makes too much sense! (Also, the strip on LCW between 85th & 95th is currently being radically transformed by the planned community taking shape in the former University Park mobile home property. The land adjacent to Pandora's etc. is wetlands that was originally bulldozed to expand LCW so there may be restrictions on further building on that unstable fill dirt.)
randommonkey on November 28, 2017 at 8:58 AM Report this
20
@18, you may have it precisely backwards. There are areas within the city that want upzones - I believe I've heard Herbold say that about Delridge in her district, for example. The city's planning department, in an idealized view of the situation, exists to sort these things out and rezone where needed. For another example, the recent (2016?) upzone in the Ballard core was as a neighborhood specific planning exercise that as far as I know pretty well received.

But under the current regime, "planning" just means blanket upzones, plus an inside-out notion of the "urban village" concept brought in a generation ago as a way to concentrate development and infrastructure together, but now again only mapped areas for more blanket upzones.

Is that "growth"? No. Upzones are not growth, they're a way to spread the growth out. Seattle has been building at a phenomenal, record pace, for years, 2017 especially. There are cranes all over, projects all over. You'd have to be blind to think there isn't any growth, and SCALE hasn't made any move to interfere with that. It's really blind optimism to think that rezones would somehow radically change a building frenzy that is already near double any previous year's record. The capital, labor, materials etc to support that are a fantasy. MHA is really all about developer profit vs. Seattle's quality of life - that's the other side of the "grand bargain", for which we're supposed to get some paltry and late funding for subsidized housing.
Donnc on November 28, 2017 at 9:34 AM Report this

21
@19 - are the "poor people" really getting a reprieve from any of that in any of the other proposed up-zones? Isn't this just about getting home for people in general, not a specific one of your liking? Also I'm well aware of what is happening to the old trailer park - I'm talking about the MASS of giant lots further North on Lake City Way (that could be built easily to accommodate green spaces in the middle of them etc.). Many of these lots sit completely empty with no cars for sale for months on end. The Mini-Dealership, has actually bought residential homes behind it to park their inventory (which is not zoned for business). Just saying, the whole stretch of Lake City Way is one of the biggest mis-managed wastes of space in the city.
Taylor on November 28, 2017 at 10:35 AM Report this
22
@19 Commercial uses are fine, but a bar that’s open one night a week and takes up a giant lot is a waste.