Mayor Jenny Durkan released the new police union contract with SPD Chief Carmen Best and Union President Kevin Stuckey at her side. Lester Black
Mayor Jenny Durkan released her new contract with Seattle’s largest police union on Monday morning, telling a press conference that she was “thrilled" about the deal. She was joined by SPD Chief Carmen Best and Kevin Stuckey, president of the Seattle Police Officer Guild (SPOG).

Notably absent from the stage were any members of the Community Police Commission (CPC). The CPC was created by federally-mandated reforms to give civilian input on police policies, like the contracts that dictate how the city’s police force is run. The CPC released a statement Monday saying the union contract “gives up many of the reforms” that the city passed in their landmark police accountability legislation

“The CPC was not consulted at any stage of the negotiation process regarding any of the substantive concessions we see in the tentative agreement,” the CPC statement said.

Durkan said she applauded the CPC for its input but added that they had in fact been involved in this process.

“We consulted with them throughout the bargaining,” Durkan said. “We gave them a draft of this legislation on October 1. We asked them for any specifics and we haven’t gotten them.”

The CPC said they would provide more details on their criticisms at their Wednesday meeting. Durkan said the City Council would not be able to make any changes to the tentative contract.

SPOG, Seattle’s largest police union, has been operating without a new contract since 2014. That has stopped officers from receiving raises or cost of living increases, while also delaying some pieces of the city’s new court-mandated police reforms. Durkan said Monday that the city needed to pay its officers more.

“No worker, and particularly those who protect us, should go without a pay raise for that long,” Durkan said.

In exchange for a raises and cost of living increases, SPOG agreed to implement new reforms to the department. Durkan highlighted a number of those reforms, including:
• Full implementation of body-worn cameras for all frontline officers;
• Greater management oversight of officer transfers and evaluations;
• More civilians working in the Office of Police Accountability and in SPD’s human resources department;
• Giving the Office of Inspector General “full and unfettered access” to the department;
• The guild will drop all legal claims they made protesting police reform policies;
• A change that allows misconduct allegations to be brought against officers beyond the current 180-day time limit.

The contract, which was agreed to by 96 percent of SPOG’s membership according to the mayor’s office, will now head to the City Council for approval. Durkan said she expected the council to approve the agreement.

In some ways, the city is now paying its police officers to accept changes that were already mandated by law, in effect bribing them to agree to what is already required. For instance, the new contract gives officers who use body-worn cameras more money for doing so, and the union agreed to drop their lawsuit that attempted to block the cameras.

Durkan said it was unfair to frame the negotiations as the city being forced to pay for what should already be the standard.

“I think it is way too simplistic and frankly unfair to try to say that the police department as a labor union should be treated differently,” Durkan said.

I wanted to follow up with Durkan about where she drew this line. Could the cops have claimed that they need additional pay if the city wanted them to continue reading people their Miranda Rights? Can policies dictating how people are arrested or how they are handcuffed be on the union negotiating table?

One of Durkan’s aides closed the press conference before I could ask that question. I’ve emailed my question to Durkan’s office and will update this post if I hear anything back.

The mayor's office got back to my question by basically saying they are required by law to negotiate anything the police unions ask for. A spokesperson sent this statement: 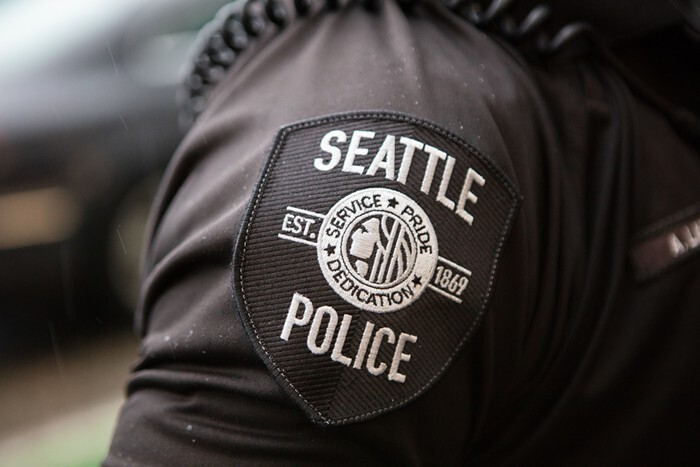