Why Billionaires Are Putting "Worker" Back into Tech Worker

Who Will Win This Struggle? 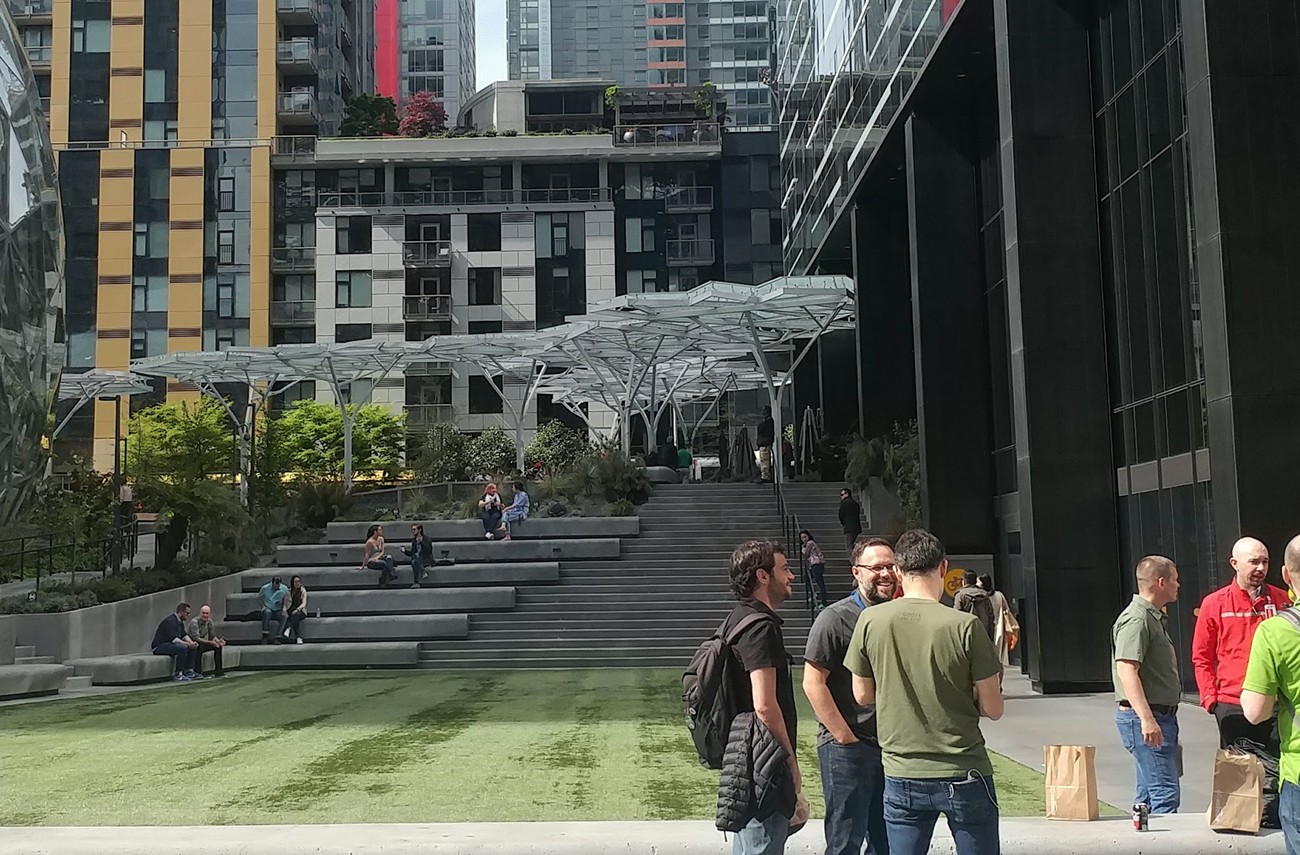 The most telling story about the current cycle of layoffs in the tech sector is found in this GeekWire post: "Seattle technical interviewing startup Karat cuts 47 employees, citing need to invest in growth."

This is a new form of business language. Before the pandemic, a company would have turned to neoliberalese. Meaning, they would have described layoffs as something wholly impersonal, as a matter of forces that are out of the company's control. This was about survival of the fittest in the jungle of the market. And survival depends on being competitive.

$BA Boeing to eliminate 4,000 jobs or 2.5% of workforce though attrition, voluntary layoffs by June & blames cuts on competition

Here is a typical headline from the previous decade: "Boeing to make job cuts at defense unit as it looks to become more competitive."

Competitions could not be challenged or questioned. It was as real as rain, the moon, the clouds, the mud on your shoes. Seattle Times:

According to a Boeing transcript of that webcast, Conner said the company needed to drastically reduce costs — and thus airplane pricing — because of fierce sales competition.

There is no talk about competition in the case of Karat. Indeed, the company is actually doing very well. It has lots of cash. Its market valuation reached $1.1 billion in 2021. The recession that was to happen all last year never happened. The job report for December beat expectations. Inflation? New York Times: "Inflation Is Cooling, Leaving America Asking: What Comes Next?" And the stated purpose of the Fed's interest rate hikes, to bring pain to a job market that's near full, is about to be swamped by the Infrastructure Investment and Jobs Act money entering the economy this year.

How does a tech company not look at all of these market indicators and not invest? Indeed, that is how a capitalist makes money. Not cuts, but investments and spending. In fact, this was Kshama Sawant's gift to capitalists. An increased wage bill means they are forced to make money the only way that that class can make it: by spending.

But this is what Karat told GeekWire:

“These teammates [we suckered] were integral to growing Karat into the successful company it is today, and we are incredibly grateful to them... We have provided them with comprehensive exit packages, and we will do all we can to support their transitions.”

What is this really about? And how can it explain all of the layoffs in the tech sector? No matter what their shares are saying on the market, the economy is nowhere near a recession. Amazon, as the Marxist geographer David Harvey put it, was until very recently less interested in profits and more focused on growing its size—a strategy that worked. (For Harvey, the theorized crisis of the falling rate profit can be averted by increasing the mass of a corporation's revenues.) But all of a sudden, this successful logic (spend, grow, control) is dropped like a hot potato. What happened between 2020 and 2023?

This is why @elonmusk is a visionary. He is always ahead of the competition. #twitter #layoffs #tech pic.twitter.com/BP2Nk7SXwE

Elon Musk initiated the cycle of layoffs. True, there had been grumblings in the tech sector ("Alphabet Seeks To Identify 10,000 Poor-Performing Googlers As Activist Investor Calls To Cut Staff") about tech workers being too undisciplined, too softened by the perks and luxuries used to attract their gifts.

Fortune put it this way: "Little tech luxuries once made middle-class millennials feel rich. That era is over." Bloomberg: "Tech Companies Coddled Their Employees. Now They're Firing Them." CNBC: "Palantir CEO tells tech workers who don’t like the company’s military deals, ‘Don’t work here.’" You never talked to tech workers like this in the days before the pandemic.

Can you imagine working for a company where you had to bring your own toilet paper? That's Elon Musk's takeover of Twitter in a nutshell. pic.twitter.com/RHnxAQmxcV

If I had the time, I would bring into this post a discussion of the concept of the general intellect, which is supposed to represent a stage in capitalism when the owners of capital are finally overwhelmed by their dependency on scientific and technological innovation. One found some truth in this in the strong support that Kshama Sawant received from tech workers. Before the pandemic, this utopianism (which was not misguided) was tolerated. Seattle could have a socialist as long as the general intellect kept programming and coding. But it now seems that the gods of tech are willing to lose billions just to put tech workers in their place.

This is where we are now. Who will win this struggle? Capital or the current crème de la crème of the general intellect? One thing to keep in mind is Apple. This tech company is clearly taking advantage of the situation. It's not laying off workers. It just wants them to see the bloodbath and think twice. WSJ: "How Apple Has So Far Avoided Layoffs: Lean Hiring, No Free Lunches."

We need to fight these layoffs at Google and other companies. If the @AlphabetWorkers Union organizes protests to fight back, my office will be there alongside @socialistalt.

My next post on this subject will attempt to link these developments with the connection between the way Gen Z voted in 2022 and Florida's banishing of all books from classrooms.

Why Billionaires Are Putting "Worker" Back into Tech Worker