$14
Add to iCal Add to Google Calendar
Save Event

Artists in NW Art Now, the new survey of Northwest art at TAM, are invading the museum as best they can, and succeeding. On the concrete wall of the museum's parking lot, there's a huge sign that looks like an official municipal posting. "NO DOGS," it says. It's by Portland artist Brad Adkins, who mounts authoritative-looking signs actually attached to no authority at all. The signs represent a libertarian streak in Northwestern identity, says curator Rock Hushka, while his other chosen themes for this survey are the progressive standbys of environmentalism, social justice, and race/class/gender identity. His argument is that the Northwest incubates libertarian and liberal tendencies that often conflict, and so its art reflects desires and realities locked in contention. This year, the works are refreshingly varied, but Hushka's installation is frustratingly overcrowded (yet again for a Hushka show). JG 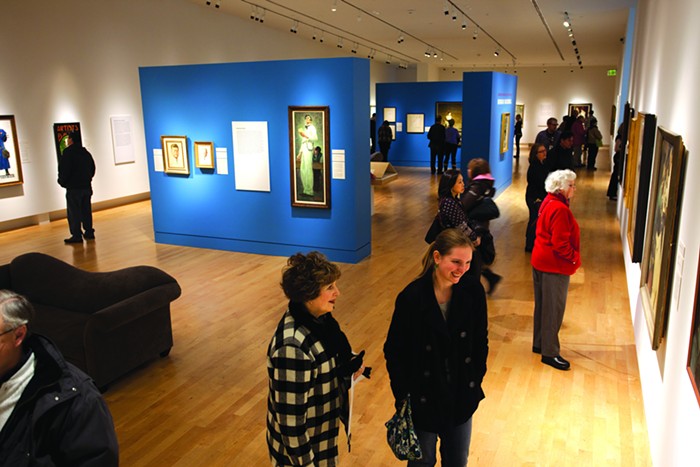