Interstitial Georgetown
Saturdays. Continues through May 27 2017

MSHR—pronounced "mesher"—is the duo of Portland-based artists Brenna Murphy and Birch Cooper. Their visual aesthetic is a vocabulary of intricate, often symmetrical glyph-like patterns developed within the parameters of various 3-D image processing programs. These shapes are presented both physically and virtually: printed onto two-dimensional surfaces, laser-cut from sheet plastic and assembled into 3-D sculptures, and projected in videos that show them as objects in movement, a process of dimensional unfolding. In Nested Transmuter Cycle, their current installation at Interstitial, these forms are assembled into "magic lantern infinity mirrors"—two-way mirrors, laser cut into patterns, facing each other with a colored light bulb hanging between them. There are light sensors in the mirrors, resulting in a feedback loop between the light bulb and the sensors. The action of the light sensors drives the audio parameters to form a cybernetic system that continually generates light and sound from its own inputs, which may be left to evolve on its own—like a "synthetic, stylized life form"—or modulated by human intervention.

Cornish College of the Arts Belltown
Starts May 11. Ongoing 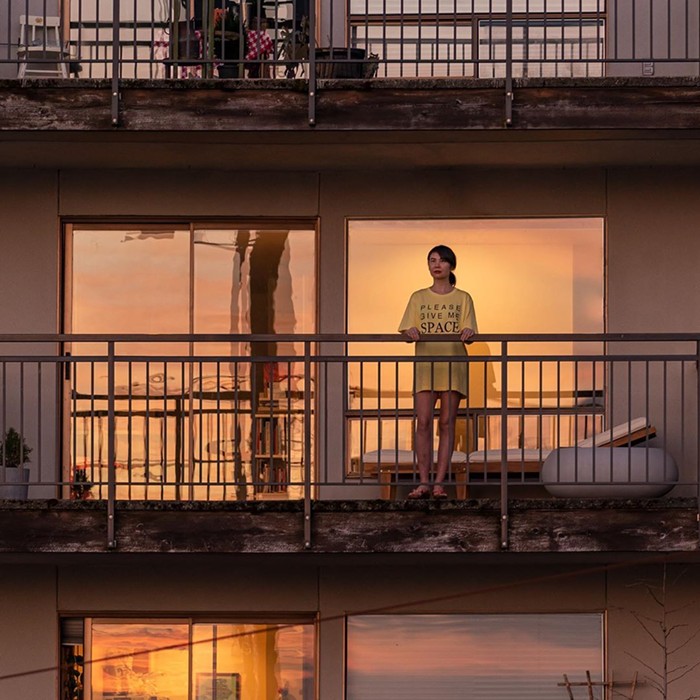 Online Across Seattle
Starts May 1. Ongoing