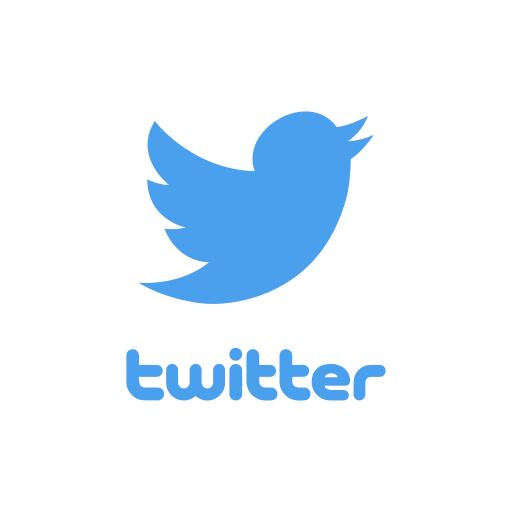 On January 16, 2009, when US Airways Flight 1549 crashed into the Hudson, Twitter was the first to know, and it knew the most for hours.

In breaking news, eyewitness reports are almost always more valuable and interesting than a journalist's accounts.

Watching New Yorkers tell their stories on 9/11 was more compelling, more real, than anything else CNN could relay.

Most viewers would rather follow the bearded biker who shouts, "It came out of nowhere!" than return to the smiling, phony telejournalist.

We're telling each other stories, 140 characters at a time, as they unfold. If you can't see the value in that, you're hopeless.

There are plenty of people who claim Twitter is stupid and pointless, that it's a ridiculous fad for bored, oversharing white kids.

Or that the media is making something up that isn't there. They say it's impractical. It's an Easter-colored symptom of cultural brain-rot.

People get upset talking about it, the way some rage against Crocs or Snuggies. John Mayer recently called Twitter "silly and dumb."

Someone online named Dave Winer says Twitter is "the holy grail of open identity" and "an ecosystem," specifically "a coral reef."

But, then, the single greatest export on the internet—greater, even, than information—is hyperbole.

Hyperbole is human nature and even the internet, happily, can't outrun human nature. Read any blog comments and you'll see that that's true.

Like most hyperbole, the truth is somewhere in the middle—between "the future of journalism" and "silly and dumb." But where?

The most common defensive posture adopted by people exposed to new ideas is to find someone even newer and feign comprehensive knowledge.

A great deal of time on the internet is spent finding different ways to say, "Oh, you didn't know that already? Huh. I've known for ages."

So I'm going to say something that might strike you as weird and naive, but it's true. Listen: The internet is still very, very new.

Most people haven't even been on the internet for 10 years yet. Ten years! Every technology is lawless frontier after just 10 years.

We're just learning what the internet can do, and we'll learn a lot more once children born today grow up with today's internet.

I'm not an economist, but it seems to me that much of this recession—media tanking and entertainment choking to death—is because of the net.

In many ways, the Seattle P-I died on the day that Google was born. It stayed alive on our surplus, but it died when our money dwindled.

Here's another truth: Nobody has any clue what's going on. That's why sneering at Twitter is worse than blindly loving Twitter.

Historically, very little has been accomplished by being cynical (maybe some broken hearts have been prevented, but at what cost?).

So, like any ape observing any tool, we must ask: What can Twitter do for me? Why should I care and not just carelessly discard it?

(A note about the 140-character restrictions: The limit is based on old SMS texting restrictions, but it really could be any number.

It's watching the human inventiveness that arises from the restrictions—watching the way people play with the limited space—that's fun.

As in haiku, which has dozens of esoteric limitations, when you constrain a form, you can often broaden what people can do with it.

Of course people chafe at the constraints and make messes of language trying to shoehorn it in. It's because we're humans. It's what we do.)

The eyewitness appeal of Twitter also is the root cause of one of its most laudable complaints: that it's about narcissism.

Twitter is not going to replace blogging. It only does a small amount of things very well, but it does those things easily and flawlessly.

The thing most people will probably, eventually use Twitter for is its clean and efficient search engine.

The search function on Twitter is an amazing thing: It's a focused laser beam into what people are thinking about right now.

And it's permanently set to "now": It doesn't have anything to do with the past or with archiving. That is an innovation in and of itself.

An inordinate amount of the internet is devoted to archiving and filing all the world that existed before the internet.

Twitter is reflexive, instinct driven, present. It doesn't care about the past. It's hard to find a post older than a week old. It's work.

And the best part of the 140-character limitation is that it does not reward passive language. Things are always going on now.

It's a language of verbs, of -ings. The internet is not often an active place. It's passive.

Even e-mail, which is supposed to be active and immediate, sometimes feels like scraping the barnacles off the present day. It's past tense.

Google recently announced a new product, called Google Wave, that is in beta testing. The concept: "What if e-mail were invented now?"

This one time, Google is behind the times. Twitter is probably what would happen if e-mail were invented right now.

Twitter's gotten a lot of use (and attention) the last few weeks because of the unrest caused by the Iranian election.

On Twitter, if you want to make something "sticky," you add a hashtag (#) to a term to reference a specific event or concept.

Major trends on Twitter when I looked two weeks after the election included #IranElection, #GreenRevolution, #seaofgreen, and #Iran.

And Twitterers from all over the world had changed their accounts to appear as though they were Twittering from Tehran.

It's unclear if this effectively confused Iranian internet censors, but it was great political theater, a Spartacus moment.

And this is really huge: People communicating to the world at large from a hostile nation on a mass scale! It's unprecedented.

Citizens were reporting about Iranian government abuses of power, violations of human rights, and voter fraud.

While writing this, reports were flooding in about police assaulting a crowd that gathered to peacefully pray at a protester's grave.

Yet again, the internet was making an ass out of the mainstream media. There was even a #CNNfail tag to signify the press's incompetence.

The eyewitnesses have pulled the microphone away from the vapid newscaster. It's a beautiful, messy, human thing to see.

Of course, public consciousness is a fickle thing: When Michael Jackson died, posts about him swept Iran from Twitter's collective memory.

He continued: "Never saw Iran or swine flu reach over 5%."

Life and death situations are few and far between. The vast majority of people are using Twitter for small talk and idiocy.

(While I was sitting here writing this, @destroy_police wrote "id like to thank god for farrah fawcett's death

There are more idiots, like @destroy_police, in the world than there are thoughtful people, so of course Twitter is going to trend dumb.

But interesting things happen on Twitter all the time.

Writer Dan Baum (@danielsbaum) wrote a long-form Twitter essay, broken up like this essay, about his awful experience working

on contract for the New Yorker. He called the office "creepy" and "strained." It was the most candid look inside the magazine

since Brendan Gill's Here at The New Yorker.

New Yorker reporter (and avid Twitterer) Susan Orlean (@susanorlean) responded to Baum's feed in the magazine's defense. She ended it:

"Time to cook dinner & leave the journalistic hair-pulling nude wrestling match, much as I have enjoyed it (especially the nude part)."

It was no Vidal vs. Mailer, but it was the closest thing to a real literary battle I've seen in years.

The fact that people can disagree and argue in real time on Twitter is important. It removes the ponderous formality of publishing.

And the arguments are delightfully public, for anyone to see. Twitterfighting isn't a verb yet, but I hope it soon will be.

There are other uses, too. Astronaut Mike Massimino (@Astro_Mike) constantly Twittered during a mission to repair the Hubble telescope.

"From orbit: We see 16 sunrises and sunsets in 24 hrs, each one spectacular as the sun lights up the atmosphere in a spectrum of colors."

Some of the posts, like the above, were fascinating. Other posts were incredibly banal. But that was interesting, too.

It was kind of the anti-Armstrong trip: It turned space travel from a Kennedyesque adventure into another job, with exciting and dull parts.

People like @twitterfiction and @thaumatrope are publishing tiny burst-fiction 140 characters at a time. The results are often surprising.

To my knowledge, nobody has tried writing a novel on Twitter. But that surely can't be too far from becoming a reality.

There's some great satire. Someone has been posting as "Fake Michael Bay" (@michael_bay), parodying Hollywood bombast and self-importance.

"One time I killed 8 sharks with my bare hands and brought them back to life with nothing but a megaphone and my directing skills."

But using Twitter to sell shit feels awkward and fake, and if you keep at it for too long, people will get bored and stop following you.

It's significant that Twitter hasn't been able to find a way to monetize the service. Maybe there's no room for bullshit in 140 characters.

Admittedly, Twitter's official vocabulary is nauseating: "Tweets" (Twitter posts) and "Tweeple" (people who use Twitter) are two such words.

Those are the most precious, forced element of the whole Twitter experience, and if you ignore those words it makes everything better.

And lots of people take smug satisfaction from pointing out that Twitter is a fad, like Friendster, that will soon disappear.

They're right, of course.

The thing they don't get is that the next thing, whatever that may be, will build on Twitter. It has changed the way the internet works.

And scoffing at it isn't going to make it go away. The way we talk to each other and tell each other stories is always changing.

(And calm down: Just because we develop new ways to communicate doesn't necessarily make the old ways—theater, books—irrelevant.)

I wrote this story in 140-character chunks on Twitter in two long sittings, in March and in June. It required a different way of writing.

It's a kind of nonfiction poetry, where you can't directly develop a major idea and have to insinuate it, sculpt it with tiny arguments.

(You can read the first draft of this essay at twitter.com/BobbyHayes. The Stranger is at /strangerslog. I post regularly at /paulconstant.)

Learning how to write it was fun. It was play. And there are very few times in life when play is not a good idea.

Comments 72
Tags: Features
The Stranger depends on your continuing support to provide articles like this one. In return, we pledge our ongoing commitment to truthful, progressive journalism and serving our community. So if you’re able, please consider a small recurring contribution. Thank you—you are appreciated!
CONTRIBUTE NOW