The Making of the John T. Williams Memorial

You sure missed the hell out of him for the past 10 years he has been wandering around my neighborhood pissing himself, and passing out in the doorway of the dollar store.

Sincerely,
Me
BazookaTooth on July 13, 2011 at 8:18 PM Report this
3
I met Rick and one of his sons riding the 358 home one night a couple months ago. He was kind and showed me pictures of the totem poles and we talked about all sorts of things. It was one of those strange moments of beauty you occasionally encounter amidst all the craziness.
on July 13, 2011 at 8:22 PM Report this

4
No one can be totally responsible for the way their family lives their life. We can try to guide them or help them but ultimately they choose their path to follow.
And Sounder, Unless you were a close friend or family to to John T Williams, your opinion is means nothing except to show everyone what a worthless sack you you are.

I think this is an amazing way to transform negativity and hatred into something positive. Sounder, its people like you that need to figure out the lesson in this the most.
coolio on July 13, 2011 at 9:50 PM Report this
5
The people bringing water and donuts are not STRANGERS, we are friends. We bring food, prayers and cheer (more is always welcome). Sounder needs to read the story on John in Seattle Metropolitan.
As for the 'extra patrols' the police put on? BULLSHIT! There are a few cops that insist on HARASSING the family and coming through, MENACING them, and 'secretly' photographing anyone spending time there! Primarily, one T. Willoughby, who also has harassed them and their friends at Indian Park, and back when the poles started out in the Seattle Center!
on July 13, 2011 at 11:38 PM Report this

7
Beautiful. Powerful.
Canadian Nurse on July 14, 2011 at 6:56 AM Report this
8
People bring Rick donuts & water. Ok....water is good, but donuts!? Do you not know diabetes is extremely high with First people. How about some real wholesome foods.....

11
how is it that some people only speaks of the negative days. I loved Jon T and his work, I spent every tuesday following therapyfor 2 1/2 years sitting on the Seattle Community College wall facing Pine at the corner of Broadway & Pine. We chatted about whatever was happening in our lives at the moment, shared many happy times. There was almost always another person there. I was with him the day of the earthquake. I had just given the goodbye hugs on my way to noon meeting. At the corner the earth shook, I thought I was dizzy so looked up as I grabbed the asian man next to me, looking up saw the power lines go taunt then snap back. I yelled earthquake and quickly staggered back to the wall dropping onto it. The shaking stopped, John had never stopped carving, I said didn't you feel the earthquake? John's replty was Sis the qearth always shakes for me. We all had a a hardy laugh, more hugs I continued on my way. This year I found out it was his birthday, John never had said a word about it being his birthday. Mary Alice Knotts
mary alice on July 14, 2011 at 11:08 AM Report this
12
Thank you for clarifying Cattycat. But most of all, thank you for watching out for our people.....
anahuy on July 14, 2011 at 11:25 AM Report this
13
I'm sorry, did I disparage your bum messiah?

If he was such a beloved brother and son, where were his family and friends every day for the past five years I saw him near blacking out, unable to make any real words other than loud grunts and smacking his lips while he slumped against a wall and held out a cup?

And I'll keep saying that to every one of you who keeps trying to perpetuate the false myth that this guy was anything other than the useless vagrant I (#4) personally knew him to be.

Dead? bummer. Shot by an asshole? sure.

But at the end of the day, just another shambling waste, shouting at people passing by the post office on broadway with his pants falling off, reeking of piss and booze. 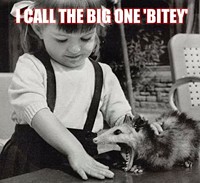 16
Johnny, that's what he wanted me to call him, always wanted to buried with a bottle of TBird in his hands.

Too bad his family couldn't respect his wishes. Maybe they can tuck an image of the bottle somewhere on his totem.
Slam1263 on July 14, 2011 at 4:40 PM Report this
18
On the day he died, he was on his way back to his brothers. He'd decided to make another go of getting sober and turning his life around. They were just blocks away, and despite the news saying he had a BAC of .18, the forensic report said it was ZERO. He was SOBER when he was murdered. Some of you want to focus on the negative, and only remember him as a street drunk, because it somehow makes you feel superior, apparently you have very little else in your life to use as a measuring stick, and at your death, everyone will only remember you as a giant asshole.
cattycat on July 15, 2011 at 1:22 AM Report this
19
By the way, Sonder, why don't you try going down there and talking to Rick, and he can tell you where they were all that time. They were never far away, which I'm guessing is exactly where your family is, by choice: far away from you. John may have had the excuse of alcoholism for his behaviour, but what is yours?
cattycat on July 15, 2011 at 1:24 AM Report this
20
Sonder, I believe we can distance ourselves from our families and friends yet miss and love them anyway. We may have to let people in our lives go due to their self-destructive choices, but we are complex enough beings to feel estrangement and longing, love and disgust at the same time. Do give the human race (including yourself) that much credit.

No one is saying he wasn't a drunk. Many ARE saying that he was not useless. But our society agrees that, useless or not, drunk or sober, he deserved to live.

Some have IMPLIED that he was not a drunk. Obviously untrue.

Though naive, the former implication pales in comparison to any of yours.

Your comments reek of piss and booze.

I personally challenge you to a contest of anything, anytime, anywhere. Random talents, eating, public speaking or even something athletic. Surely doing anything outside of your usual Slog slumping would be a failure for you.

Wow, you've walked down Broadway before. You've really, truly have experienced drug abuse, alcoholism, homelessness, extreme frustration, catch-22 addiction and fear. You are a fucking man. You are so experienced and urban.


Every Day Is Saturday on July 18, 2011 at 2:49 PM Report this
30
sonder, it's a shame your mother didn't do something with you back when you were pissing yourself, drooling, and passing out sucking her teet.
ecaep on July 18, 2011 at 10:05 PM Report this
31
On July 12 you printed this and said that it would be raised on August 30. Now, people are saying no way, never going to happen. This is from JT Williams Memorial FB page.

Someone droped the ball on it?

Who is handling tha part of this project?

on July 26, 2011 at 5:45 AM Report this
32
It's so sad to me how many people lack compassion. Having been an addict and being so grateful that I was able to turn my life around before I died, I can understand John's life. He will never have the chance to get himself together, that chance was taken from him by someone that even the police say committed an unwarranted act.
John's brother remembers their childhood together, innocent times before alcohol took his brother, this is what he misses. He misses the chance to see that brother come back. Such hatred and anger for people who are hopeless makes me fear that those judging have no soul. I feel sorry for Sounder, addiction will touch his life in some way, so many have loved ones in the grip of addiction. I tell you don't give up hope. Recovery is possible...but it's hard and takes work.
been thereb4 on July 27, 2011 at 10:22 AM Report this
33
Oh boy, here we go again with the comments. You know what, look, if you've got something totally negative to say and you're going to say it, then you're going to say it, but just know that it was your choice in the end to act like a jackass. It's almost impressive to me how some people, trolling or not (and this is from someone who has loved trolling and fellow trolls for years now), can end up saying something just utterly jaw-droppingly stupid.

The man has worked himself to the bone carving something in tribute to his brother, someone who clearly meant the world to him. Regardless of John's personal history, this is clearly a plea for things to change for the better. Beneath whatever half-drunken, pathetic state someone's in, there could very well be another John T. Williams, and behind him, a whole network of family and friends who deeply care for him.

If you're going to troll, fine, be my guest, I'd love to see some trolling that's actually funny, but being an ass is being an ass.
Enatai on July 31, 2011 at 10:49 AM Report this
34
@31: There is a lot of politics and power play at work here. Rick is determined it should be done on Aug. 30th, but he did need to take a break for a few days to get himself together. The stress is taking a terrible toll on him and his family, as are is the SPD STILL harassing his family, so when he took a break, people began speculating, and there are people who think they know better how it should be done. Bottom line is: RICK is the 'boss' of this project, and unless the info is coming from HIM, you need not listen to anyone else. You can go to the facebook page for the John T. Williams Memorial Totem Pole Project to see updates, but people bringing drama are putting false information out to the public. And please feel free to come down and visit, maybe even help with some carving, sanding, or painting. Donations welcome, as the carvers are basically living off the donations. And don't forget to sign the guestbook.
cattycat on August 5, 2011 at 1:56 AM Report this