Announcing This Year's Winning Films—And a Call for Submissions for HUMP! 2016!

While HUMP! now tours the United States and Canada, only audiences in Seattle and Portland get to vote for the best films in the festival. HUMP! audiences bestow the annual HUMP! Awards on the filmmakers—and the large cash prizes that go with them. We carefully retrieved all the ballots from our ballot boxes (maybe voter turnout would be higher in Seattle if King County stole our ballot-box design?), counted them up over the last week, and we are pleased to announce the winners! 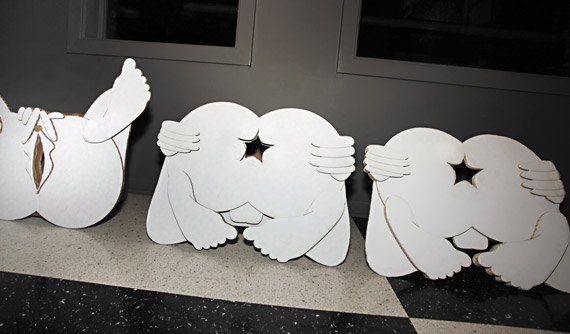 With the exception of the Jury Award, the winners of all HUMP! Awards are determined by audience ballot at screenings in Portland and Seattle.

Runner-Up TIE: Art Primo and Cake Boss (each film will get a $250 Runner-Up Prize)

CALL FOR SUBMISSIONS FOR HUMP! 2016

Before we get to the formal call for submissions...

We have some big news for HUMP! 2016 filmmakers: We're upping the size of most of the prizes! Starting next year, the prizes in the Best Sex, Best Humor, and Best Kink categories will be $2,000 each; runners-up in all three categories will receive a $1,000 prize. The Jury Award and the Best in Show prizes are unchanged. There is no charge to enter a film in HUMP!, and filmmakers who allow their films to tour the country get a percentage of every ticket sold.

Okay, the call for submissions!

Filmmakers are invited to include two props in their films so that audiences will know they're watching movies that were made just for HUMP! The use of these props is OPTIONAL, but the inclusion of the suggested props has been known to break a tie and get a film into HUMP! The props for HUMP! 2016 are... a "Make America Great Again" hat (avoid giving any money to Donald Trump by buying a cheap knockoff, please!) and an accordion.

The deadline for submissions for HUMP! 2016 will be Friday, September 30, 2016. For more information about submitting a film to HUMP!, go to humpseattle.com.