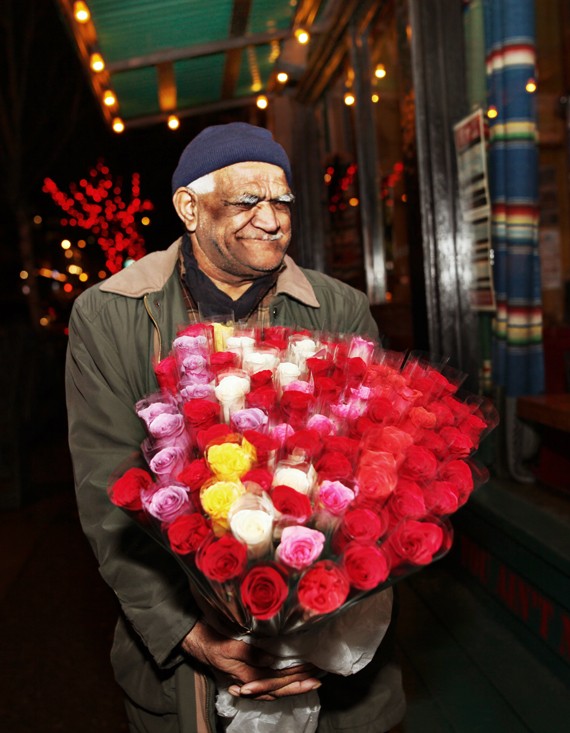 I always have so many questions when I see Mohammed out in the bars selling his lovely, long-stemmed, individually wrapped roses. Where does he get so many perfect, fresh flowers? What does he do with the ones he doesn't sell? Is there a Mrs. Mohammed who gets to walk around in an apartment somewhere, her lovely bare feet touching only a special path made of hundreds of soft rose petals?

Though I've been seeing him around the neighborhood for what I can only guess is 10 years (he says he's been doing it for three), the most I usually ever hear him say is "For the missus!" Then, if you don't buy one, he's off to the next fellow standing anywhere near a lady, and the cycle repeats. His flowers are nice, though a bartender at the Cha Cha told me she once bought a rose and it smelled only of cigarette smoke.

I ask Mohammed—who is, shall we say, less than eager to be interviewed (though he didn't mind having his picture taken)—how many flowers he sells on a good weekend night. "Sometimes 20, sometimes 10," he says. Then he shouts, "Sometimes NOBODY BUYS ANY!"

Buy a rose from Mohammed this Valentine's Day weekend in the Pike/Pine corridor, somewhere between 12th Avenue and Broadway, after dusk.