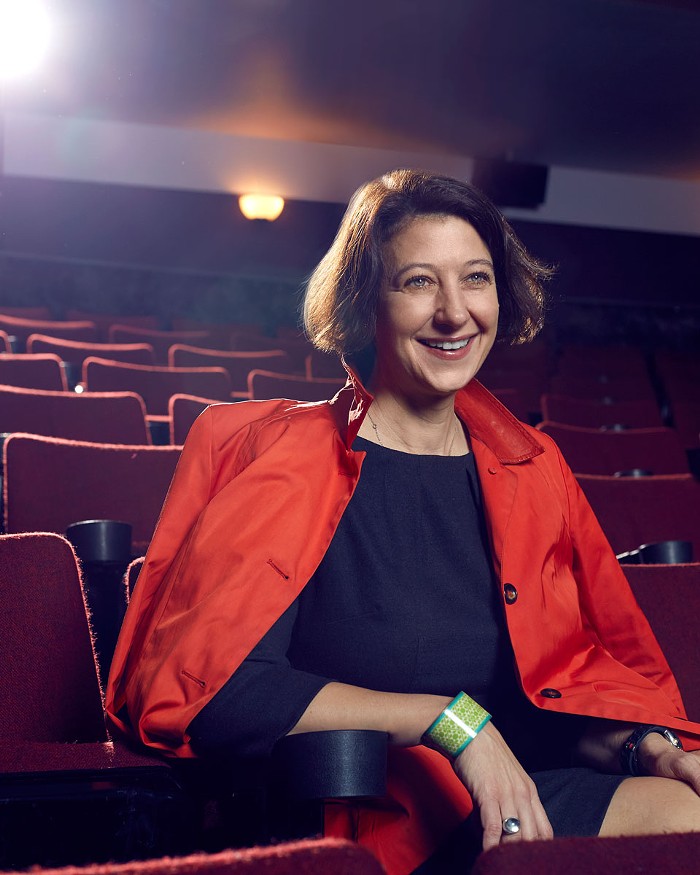 Sarah Wilke is an arts administrative wizard. For 12 years, she worked as the managing director at On the Boards and, along with artistic director Lane Czaplinski, helped make OtB the region's best contemporary performing arts institution. Two weeks ago, she secured a job as the big boss at SIFF, which puts on the country's largest film festival. After working in the hip environs of a dance theater, it will be interesting to see what Wilke does with an organization known for its populist bent. But it seems like Seattle's beloved film fest is in good hands.
Sponsored

Singles was my introduction to Seattle.

It's getting chilly! Arguably. What's your favorite indoor activity around town?

Of course, nothing beats a film at SIFF. But if you were coming over to my house, you would be playing the board game Las Vegas Junket.

Related: Where do you get your pho?

Everything. It's now become an art to complain about the complaining in Seattle.

What local artist or performer should everyone know about?

Ezra Dickinson was still a student at Cornish when I first met him 12 years ago. He is a choreographer, performer, street artist, painter, ceramicist, animator, photographer, and filmmaker. Ezra's an artistic optimist whose work is very personal and rooted in social justice, which adds a lot for me. This weekend, OtB is premiering the most recent in a series of dances he made as gifts for his schizophrenic mother.

Are you going to turn SIFF into a hipster club?

One of the best things about SIFF is that so many people in Seattle feel an ownership in what we do. In that way, I think we already are a big hipster club.

After 23 Years as SIFF Artistic Director, Carl Spence Steps Down