The American City Is a Machine That Kills Fascism

by Dan Savage and Eli Sanders

1
Fascism, as you look at its history, originated in cities. The idea of a totalizing techno-corporatist utopia that could only have originated in the city.

Trump's sidekick Giuliani, famously, was the mayor of the largest American city. Two terms. The two term mayor that followed him continued fascist policies like stop and frisk and the purge of the poor from the city.

Murray and the Seattle City Council bar the public from the budget announcement, filling the chamber with the Mayor's cronies. That's fascism. Murray berates politicians who don't fall in line with petulant middle-of-the-night electronic communications. Remind you of anybody? The police continue to assault protesters and anyone a shade darker than a salmon's underbelly, the SPOG fights to keep racist cops on the streets, and O'Toole sends Shandy Cobane to Capitol Hill when white business owners complain about Somali youth in their neighborhood.

And all the white tech folks push out all the poor and non-whites from your City, cleansing it, purifying it for the new technocracy. 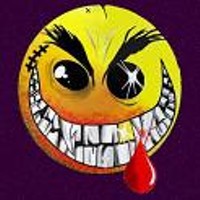 2
If we can't get rid of the Electoral College, and it's highly unlikely we could since that seems to be the only way the "right" whinge can win, Liberals need to quit moving from low population states to big cities.
Nyckname on November 21, 2016 at 1:47 PM · Report this

Okay, back now. Firstly, good to see that the ole Communist vs. Fascist feud is still carrying on, I'm sure Uncles Stalin and Hitler would be proud, respectively.

Secondly, the notion that you "writers" and many other liberal types seem to have that urban dwellers are some gleaming example of the American hero fighting for freedom, while anyone else is an unwashed and repressed Fascist... is exactly the arrogant elitism that lost you fools this election and will lose you many more to come if you keep it up. Embrace populism and get over your self righteous elitism, or this capitalist democracy will continue to baffle and bewilder you while you shake your impotent fists at the sky and bellow "Those meddling kids foiled me again!"

7
The first Canadian province to elect a socialist Premier was Saskatchewan. This is not, and was even less so at the time, an urbanized province. It was, and for the most part still is, rural.

The first founder and four time Presidential candidate for the only electorally successful socialist party in US history (at the federal level, anyway) was from Terra Haute, Indiana. That same party engaged in building a number of socialist communities across Washington state from the late 1800's to the early 1900- and these were all rural communities.

The only sitting socialist in the Senate represents a state without any major urban centers.

Now, if you were so ignorant of politics as to propose that the only alternative to fascism is liberalism, then perhaps you could argue that its the cities that have produced most of these opponents. However, if you pay attention to who it is that has actually shed their own blood fighting against real fascists (its not the cowardly liberals, who want a "peaceful transition" to fascism), that would be the socialists.

Most socialists are grown in the countryside. That's why Bernie swept the rural parts of this country in the Primaries. Kshama is actually rather unique electorally speaking, in terms of where she found her support base. Then again, one could argue Seattle itself is a uniquely beautiful and special city, unlike any other.

Now, if you really want to kill fascism, you need someone who's willing to go all the way to fight it, someone who's never going to give up. As you can see from the concession happy Clinton-Gore wing of the Democratic Party, if you're pinning your hopes on liberals, you're going to be abandoned and left to fend for yourself. The real fighters are the socialists, not the centrist liberals. And those folks mostly come from the rural areas.
Wandering Stars on November 27, 2016 at 9:45 AM · Report this
8
I am getting better political analysis from www.cracked.com.

The Stranger is now my top humor site. I primarily come here to see if the writers can manage to top their last hysterical screed.