So you've sexually harassed someone...

The art of the non-apology apology is no longer exclusively available to you for $350/hr. Get it free right here!

Thank you so much! This’ll save me … a lot.
Wanna go out?

I recall even then that commenters to the post criticized the writer, who got really defensive in the comments, because this was sexual harassment. I thought it was Sean Nelson, but I am thinking now that it was Trent Moorman. If it was Nelson (unlikely, I think), well, he still works for the Stranger. If it was Moorman, does he still work for the Stranger?

8
Found it. It was Trent Moorman and it was July 2014. The piece is really ugly. In comment #11 he claims the phone call he made was real and that's he was told to make the call by The Stranger. 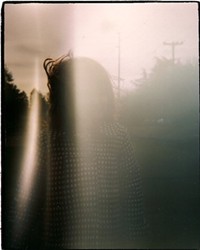 13
#5 funny thing is the stranger's staff haven't apologized for or admitted to doing many questionable things over the years, here's a few that i remember.
- when a costumer at the Cha Cha didn't tip one of the stranger writers friends the slog found the wrong guy with the same name and bombarded him with threats and stuff
- when kelly O posted a model's personal info all over the net because of accusations of blackface, then it was later found that kelly o had blackface photo's of her and her friends that were on the net.
-what about the one where the stranger posted a picture of a woman's tit in their drunk of the week issue and it came to be found that the drunk of the week girl didn't have permission to use the photo so instead of getting the right clearances she forged the form with a fake signature and published a picture of some poor girls tit who did not want to be in the weekly.

no apologies for any of that that i ever heard, the strangers real good at screaming at others while sweeping their own hypocritical garbage under the rug.
ryjan on January 10, 2018 at 10:03 AM · Report this
14
I'm ready... to listen *nods sincerely and makes eye contact while going over playoff data in head*

misterbradsir on January 10, 2018 at 11:25 AM · Report this
15
I thought this was going to be a legitimate article about how to actually address previous inappropriate sexual behavior. It's obvious there is a social sexual dysfunction that occurs due societal practices, attitudes, and teaching around sex which have changed especially within the last ten years. It's a mistake to be flippant about this issue because it's mostly being brought out by Hollywood and other high profile figures who end up having to apologize/deny after the fact. These folks are usually selfish assholes who need to choose between facing the truth and destroying their well-being and careers. But for normal people who have committed similar actions, and there so clearly so many, there isn't a productive conversation that is happening to show a good pathway towards admitting 1) this behavior has occurred and 2) I would like to rectify the situation without being further castigated as a villain. Obviously there are greyer areas to this, and it's annoying people paint sexual misdeeds as black and white. Sexual harassment and sexual assault are terrible, but there is a difference between straight up raping someone and having a confusing drunken hookup. We have learned so much within the last decade or so, mostly through victims' stories and informal incidental information that consent is important, but even before that, all aspects of life, including sex, are learned by making mistakes, which unfortunately end up being the social death of folks who are ousted without having control of that narrative. It is important and great these conversations are so visible, but I feel like we are addressing the symptoms instead of the causes of such actions. More of a rant than a call to action, thoughts are appreciated.
petefromwork on January 14, 2018 at 11:07 AM · Report this