Smoking CBD Joints Brings Out a Strange Side of Me

Especially if there's a little THC mixed in. 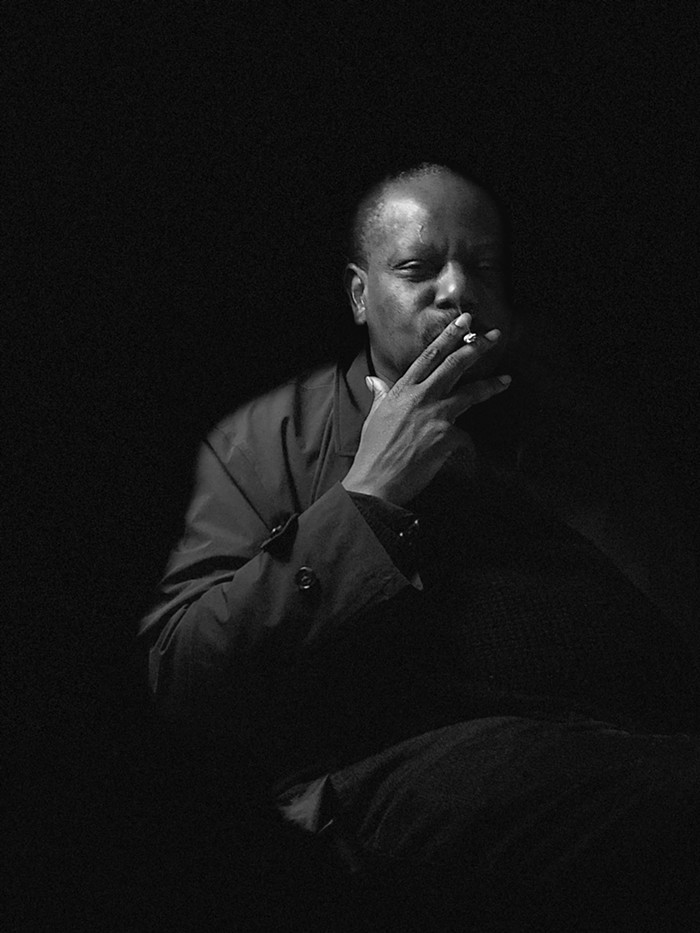 CBD does wonders for my gout. Leah St. Lawrence
Tweet

In the olden days, only rich people suffered from gout. When calories became cheap, it made its way down to the lower classes. My father had gout, and now I have it. It has dogged me for 20 years.

Gout is a total monster. It appears with almost no warning and disables you. By the afternoon, you can't walk on a foot that was fine in the morning. The pain throbs like nothing else. If an angel-white sheet happens to caress a raw part of a gout-swollen toe or ankle, it's like a thousand wasps stinging one spot.

I have never stopped searching for over-the-counter drugs, homemade remedies, foods, and oils that can reduce the severity and number of episodes. I first experimented with CBD (aka cannabidiol, the medicinal, nonpsychoactive compound in cannabis) after a pot aficionado recommended it to me. During a recent episode of gout in late September, I tried CBD in pill form (created by the Seattle company Haystack 4Life). To my complete surprise, I was cured in a matter of hours. The pain was totally gone. I could walk again. Hallelujah. The sweetest name I know.

I became a true believer in CBD because nothing had ever worked but the hard stuff—particularly steroids, which basically shut down the attack by shutting down your immune system. (Gout is you attacking you.) But enough about this blasted disease, which is horrible enough to have to experience, much less to have to translate into words. If you want to know what gout does to people, watch The Favourite. That queen has gout.

As for CBD, it is a drug that buzzes the body but leaves the mind alone. It's as if the high goes downward and stays there. Your toes feel fuzzy, your heart purrs, but your thoughts flow as they normally do. You can read, write, or watch a movie with a clear head. It's like a winter home with a lively fireplace on the ground floor and a room with open windows on the top floor. This has been my experience with the pills.

But it's winter now, the season of using flammables to stay warm. I wondered, what about CBD joints?

Granted, CBD joints are not very popular, because most people who smoke joints want to get high—they're seeking out THC, not CBD. People who consume pure CBD are usually health conscious, and no one who is health conscious smokes a joint (which involves inhaling carcinogens). The limited market for CBD joints makes them hard to find. Luckily, Uncle Ike's on Capitol Hill had two brands that came close to what I was looking for: Joysticks made by Green Revolution and an Avidekel pre-roll made by Tikun. These joints were not CBD-only, as I had hoped, but they did have very high amounts of CBD and very low amounts of THC.

The Joysticks were packaged like cigarettes (five joints in all, 4.5 grams total), with 2.9 percent THC in them and 23 percent CBD. (In most weed, those proportions of THC and CBD are roughly reversed.) I tried the Joysticks first, and I found that only three drags were way too much for my sensitive disposition. My body felt like a high-flying summer cloud, and my head like a block of cold stone in an autumn garden. I could not think or read or be of any use to anyone.

René Descartes, the 17th-century philosopher who claimed that body and mind were two distinct substances, could have used Joysticks to prove his point very effectively. Indeed, I'm a Spinozist. Meaning, I'm opposed to dualist (mind/body) philosophies. But while on one of the Joysticks, I was 100 percent Cartesian. The mind was here. The body was there. They were on completely different planets. The two could not be one and the same thing. The following day, when the effects of the joint had worn off, I was a Spinozist again. The next time I smoke a Joystick, I will stand on my head and see where that takes me.

And what about the Tikun joint? It looked like a very skinny cigar (1 gram), and had only 0.8 percent THC and 17.69 percent CBD. Because it had less THC in it than the Joysticks, it was not as disorienting after three drags. I even had a fourth drag, and then I walked around the house cleaning things. I made tea. I curled up in bed, listened to a little dub music (Lee Scratch Perry's Super Ape), and decided to read the news on Twitter.

This is where things got unexpectedly strange. I had a laughing fit. Now, I am often teased for my sudden bursts of laughter—a colleague once nicknamed me Chuckles—but this was out of control. The strange thing is that what made me laugh in that moment does not now seem funny, and is, to anyone with a mind toward economic or social justice, an entirely inappropriate thing to laugh at.

The big news on Black Twitter that day was that veteran R&B singer Keith Sweat was dissed by some young upstart named Jacquees, a Soundcloud crooner, who claimed, in Sweat's lion-proud face, to be the new king of R&B. What made me laugh was reading the internet comments in response to this incident. Most of the responses were funny, but one in particular killed me. It was posted by Poet30. She concluded by writing: "These lead babies sooo damn disrespectful."

Upon reading this, I exploded into a laughter that I was unable to control for a good 30 minutes. Lead babies. That was now a thing. Black English had picked up on Flint, Michigan's bad water and turned it into a trope for insulting people. In the 1980s, the age when Ronald Reagan ramped up the racist war on drugs, it was crack babies; in the age of the degradation of the EPA and tax cuts for billionaires while the rest of us suffer, it's lead babies.

The next day, I tried to explain to my colleagues what I had found funny about the "lead babies" insult. It did not work. Indeed, the private experience of marveling at language's ability to synthesize and weaponize the injustices of the day was just that: a private experience. This is what cannabis provides people: an inner logic, a world within that cannot be experienced by or translated to others. It is an alienating form of joy.

Immediately I regretted trying to explain what it was that had made me laugh so hard, and indeed I am still struggling to explain it. It may just be that even 0.8 percent THC is too much THC for me. It may be that my sick sense of humor is exaggerated by this exact combination of THC and CBD, but I by no means find this to be a bad thing. I just have to keep my twisted inner experiences to myself the next time I smoke a Tikun joint.

When I'm around others, I need milder intoxicants. I prefer wine—which is why I have gout. But that's another story.