Even a boyfriend who sucks can give you valuable life experience. 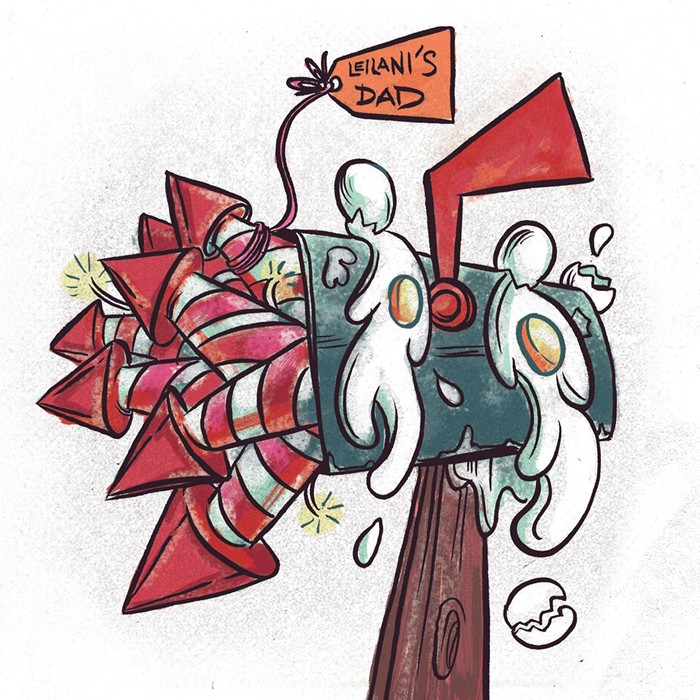 My first boyfriend was so awful that no one else quite achieved his level of absolute assholery. We're talking habitually lying, cheating on me, stealing (from his mom and his workplace, the latter of which got him arrested for grand theft—they made him bring all the shit he still had back to the store and led him out in handcuffs), and antagonizing my dad (including egging the house and setting off firecrackers in the mailbox—while I was still living there, of course). But that relationship and the rebound that followed were at least eye-opening. These fuckers might've been bad at relationships, but they taught me important life lessons, including:

You cannot contract chlamydia from kissing. And getting an STI from the same partner, twice, means that partner is fucking someone else (assuming you aren't). Granted, he'd admitted to cheating (with someone I worked with, to make it even more awkward), but claimed there was no sex, only kissing, and that the doctor told him that's how he'd contracted it and passed it along to me. In my defense, it was the '90s, before the Internet was a real resource. But you know what they say—fool me once, shame on you; fool me twice... The second time it happened, I told him we needed a break.

If you're on a break, and he insists you come back to him or it's over forever, consider it done and move on.
I made the mistake of going back to him. Two months later, he broke up with me—on my birthday. Why did I go back? I thought as I drove to his mom's double wide (in a town where carnival and circus people used to spend their off seasons) to pick up my stuff, then thought it again as I tried to leave and realized my car battery was dead. Ultimately, he was trying to control how I left his life—on his terms. I didn't get this until much later.

If he can't make you come, he should be striving to rectify that fact. For all his numerous faults, my very first ex at least tried to give me head on the reg. He even got advice from a couple of lesbians, though it didn't really seem to help. He was completely incapable of proper clit stimulation. The rebound didn't even really try; an obligatory 30 seconds was the most I'd get, if there was any foreplay at all. He did the bare minimum to get me there, while also making me feel like there was something wrong with me because I wasn't ready to go whenever he was. We broke up after 10 months, or he broke up with me. Shortly after, I ate a hit of acid with my bestie and came to grips with the fact that I was not only relieved and okay with it, but was better off being without that clueless, totally vanilla mama's boy. About a month later, we had a whole Seinfeld moment, when I admitted I faked it for the entirety of our relationship. He was visibly dumbstruck.

If you have heated arguments about whether or not the Beatles are better than Elvis, you are probably incompatible.
If music is your religion, or even if it's just an important component to your identity, and you have fundamentally different musical taste, you'll probably disagree in other fundamental areas. Also, it's the Beatles, obviously.

You will find another person to love. Many of the problems I had with my first boyfriend were because he was good looking and I had low self-esteem and didn't think I'd ever find anyone better. I did; everyone who came after him was better. So just know that if you break up, you'll upgrade soon enough. That is, of course, if you learn from your past mistakes. Good luck.