The Head of the Force That Has Fucked Africa for Years Force-Fucks an African in the Head (Allegedly!)

2
i have a africam man who hangs out at connections on third and james.... 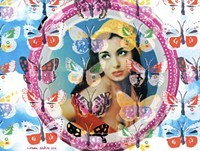 3
Wow Kevin W. That is incredibly loathsome. What kind of a sick world do you wallow in where this is an acceptable thing to write?
mulata on May 25, 2011 at 12:33 PM · Report this
4
@1 My, my. You do know how to elegantly critique an argument. You santorum-smeared pink slob.
sahara29 on May 25, 2011 at 4:20 PM · Report this
5
The reason Greece is in such difficulty is that the government has for many years maintained ambitious spending programs (viz., the 2004 summer Olympics) without the domestic revenues. The Greek hoi polloi are principled tax evaders. So how to fund public programs? Borrow abroad, issue bonds, promise the moon. Now some of these bonds are coming due and there are no drachmas, er, euros, to pay them.
lostunfound on May 25, 2011 at 5:05 PM · Report this

6
@1 Kevin I didn't know your mom worked at Sofitel.
Simple on May 26, 2011 at 11:00 AM · Report this
7
This article is silly. It is very similar to the "Last Days" section where they mentioned 2 different crimes and mentioned race (perps were white) in both cases. They also mentioned several crimes where the perp was black, but of course made no mention of race.
I would have loved to see the Stranger do an article like this about the Tuba man and how Seattle refused to raised their voice in anger when the black perps got 3 months for stomping someone to death. There have been a dozen serious assaults and robberies on metro against vulerable people- a blind woman, an elderly man, a preganant woman, etc. It would be refreshing if the Stranger did an article about this and pointed out that almost all of them were perpetrated by young African Americans. Why the taboo? If it was the other way around Charles would have written 6 articles about it by now.
on May 26, 2011 at 12:20 PM · Report this

8
Chuck,
You left out a layer of the story (intentionally, I assume). While Dominique Strauss-Kahn may, or may not, be a rapist, he most emphatically is a Socialist and was a Communist.

So the real story is:

Now that plot rings true enough to life to be believable.

13
@8 Dominique Strauss-Kahn is most emphatically NOT a socialist. The Parti Socialiste doesn't stand on a socialist platform. If Strauss-Kahn was a socialist he would never have been appointed head of the IMF.
Camembert on May 26, 2011 at 2:29 PM · Report this

16
This business of live-action metaphors reminds me of the introduction to Paul Constant's piece on the Gabrielle Giffords shooting. It's a good era for literalists, I suppose.
Fistique on May 26, 2011 at 4:36 PM · Report this

17
Probably guilty.
Westlake, son! on May 26, 2011 at 4:40 PM · Report this
18
I just ordered Chang's Bad Samaritans: The Myth of Free Trade and the Secret History of Capitalism today and am looking forward to the read, thank you.
MacGruber on May 26, 2011 at 10:33 PM · Report this
19
Mr. Mudede: For more pedestrian readers, there is "Confessions of an Economic Hit-man" by John Perkins, a story of the malicious economic influence of the U.S./World Bank/IMF on developing nations from the later '50's onward.
I'm greatly relieved that this case will not boil down to a "he said/she said", since so many other women have come forward to bear witness to DSK's sexually aggressive behavior. This includes the Sofitel receptionist, who claims that after Strauss-Kahn arrived at his room he phoned back to the main desk to ask her if she wanted to come up 'for drinks'. Yeah, this guy is seriously a predator, no matter what else he may be in the world of finance.
luckylu on May 28, 2011 at 8:18 AM · Report this
20
Mr. Mudede:

Wondering why you felt that the religion of the alleged perpetrator and his alleged victim are relevant?
on May 29, 2011 at 11:20 PM · Report this
21
Something off-putting about that Lustlab ad running alongside this article, the one with the woman's naked ass in the air.
on May 30, 2011 at 5:30 PM · Report this

22
@13 thank you! Plus theres a very special situation in France which makes the easy "he's a commie!" thing impossible. It is a set norm that as a politician you are from "the better schools" and "the better families". Doesnt matter if its Parti Socialiste or Le Pens hoods or whomever.

(+ as someone with, I think, some insight into the socialist groups of Europe, Strauss-Kahn is not and have not been very much connected with anyone except leftism at the most. So "liberal" to translate it?)

It would be a lot more persuasive if you knew anything about Guinea, could link its ESAPs of the early 1990s to the global economic calamities that started a decade later (how many Sub-Saharan countries thrived in the 1990s? Botswana and South Africa are 2 of 49), or knew (for example) that the World Bank no longer provides structural adjustment loans. And as someone else noted, Greece hasn't been able to balance a budget pretty much ever (that's what you get with a retirement age of 50, recently raised to 55, for much of the population). And South Korea's 1997 crisis was similarly brought on by massive overborrowing for an economy that, a decade or two prior, was hardly the powerhouse it is today.

Do I hate the IMF? Of course! Do I find this article shrill and repetitive? Of course! Everything you state is obvious and difficult to dispute, but there needs to be more substance to the argument. Otherwise nothing you've said isn't a conclusion any thinking person wouldn't automatically reach from a headline saying, "IMF Chief Sexually Assaults African Maid."

Though, for the record, I don't necessarily think "democracy, government decentralization, central bank independence, and corporate governance" are bad things. For many years most centralized governments, in Africa and elsewhere, have been poster children for despot-led kleptocracies that don't give a crap about their people, regardless of whether they're taking IMF money.