A Year with Stage IV Cancer

2
I noticed a cigarette in her hand, not uncommon in 1970's Hope she quit......
longwayhome on January 21, 2015 at 8:40 PM · Report this
3
A memorable piece; best of luck. As Sontag reminds us, the will to live perhaps strengthens exponentially with an increased threat of dying. Her son David, in a 2005 NYTimes story, put it this way, recalling his mother's treatment here at the UW and Fred Hutch:

"She was no more reconciled to extinction at 71 than she had been at 42. After her death, a theme in many of the extremely generous and heartfelt letters of condolence I received from her friends puzzled me: it was surprise - surprise that my mother hadn't beaten M.D.S. as she had beaten both breast cancer and the uterine sarcoma that struck her in her mid-60's.

"But then, she, too, was surprised when the doctors in Seattle came in to tell her the bone-marrow transplant had failed and her leukemia was back. She screamed out, 'But this means I'm going to die!'

"I will never forget that scream, or think of it without wanting to cry out myself. And yet, even that terrible morning, in a pristine room at the University of Washington Medical Center, with its incongruously beautiful view of Lake Union and Mount Rainier in the background, I remember being surprised by her surprise. I suppose I shouldn't have been. There are those who can reconcile themselves to death and those who can't. Increasingly, I've come to think that it is one of the most important ways the world divides up."
JPierce on January 22, 2015 at 12:48 PM · Report this

Beautifully written piece. Thank you. I ached for you reading about your treatment and the harrowing journey of the whole thing but was so heartened to read you've beaten stage IV. Congrats on your resiliency, strength, and courage. And wonderful writing ability. 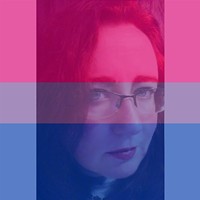 5
OK, now *this* sounds like one of the bright new writers we were promised.

I have been through 15 years of initial diagnosis, first round of disease progression and second round of disease progression to my brain. Ensuing years followed taking that wonderful antibody drug you mention, and now am over 5 years off of that. A vaccine trial presented itself and I participated. I am one of those "cancer victory stories" since I have had No Evidence of Disease for almost 10 years.

You covered the proverbial waterfront with differing (without proof) medical opinions, being taken to the wrong scanner, enumerated side effects and loss of hair.

You learned to take what came next in stride, as most of us in that position come around to/rise to. Keep well and keep strong.
herceptaccept on January 27, 2015 at 9:47 PM · Report this 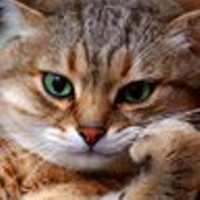 13
Just amazing. Thank you so much for this.
deepeyes on December 2, 2015 at 10:07 AM · Report this
14
I hope you do not get offended by my opinion because I do not wish to be mean or mean this negatively.
I could not read this and found myself unable to even skim it. Maybe the reason is we are different and yet we both have survived stage 4 cancer. I could never deal with life if I spent time thinking about metaphors or thinking they matter. Great for you but to me this is borne of insanity similar to looking in mirrors a lot. I am 50 I am six years remission. I was told by a 30 year cancer nurse I was her worst patient ever and I am still proud of this. I was certain I would be dead soon. I disliked them because I needed them.Fear anger and dealing with being told to do stuff and not knowing what was smartest. I cried everywhere and hated it. I was in disbelief. I never needed a doctor prior to cancer. Life got weird and yet is still wonderful. I had a two year old daughter when diagnosed and my only child. her mother and I met in high school 22 years earlier. I had major stress all through treatment since I was being sued for more than I could ever make or 800k.
The night before surgery I realized I had mushrooms and thought I should try these and took more than I intended. To my horror I was feeling them when I was being wheeled into surgery and having a panic attack over should I tell them or not or will the pain drugs work properly vs resheduling dangers. blather like I said we are different- I have almost never thought about or considered metaphors. You probably never took mushrooms as a tool. Smiling because somewhere within this weirdness we have things in common that are huge. I wish you the best and never judge a book by the cover and I only say this since your job would cause you to lose sight of this.
Flip Doubt
PS- I had stage 4 basal cell and did exactly as told to do by mayo although I have since come to a different thinking on the whole cancer thing.
There was a woman doctor that won the nobel prize for nutrition or something in the fifties. She was interested in cancer although the nobel was not for cancer but nutrition anyways she believed that everyone gets cancer and most people get rid of it. Her thinking was the heart is the one place that does not get cancer. The reason according to her was oxygen. Oxygen was the answer so if your blood was more alkaline you get rid of cancer. They took away her doctor badge and yet she still had a 90% cure rate for like decades all types of cancer at her clinic.
I am guessing since you are a doctor you probably believe blood is fixed ph and does not vary. Hard to imagine that being true for me. ph must by definition vary is my thinking. But I am a nobody
I may try this someday. knock on wood. I try not to beat myself up over things done. I try to focus my energy on being a good dad. I never cared about life until I had my daughter and since that time cancer came and is still scary and the trial is over I lost but only lost 12k to the crook although I still am paying the lawyers fees.blather and smiling saying goodbye
My biggest peave was everyone having opinions on what to do if me even if they would never care about me. Also hard to deal with was my doctor smiled when I gagged on the camera he sticks up my nose and down my throat and I could not deal with that but learned to. I learned more from the whole experience than I know. Surviving cancer is not something celebrated.
The entire experience is surreal and an ongoing experience.
Who is susan sontag and why does she matter ? Sarcasm. She must be famous and love this attention. I care more about what an aboriginal shaman would think than susan's thoughts on metaphors. I like modern medicine its the doctors that make me question the overall efficacy.