1
The reader is left to guess why Ed Baird and Lowe Enterprises - a seemingly unrelated group - were supposedly responsible for the problem, rather than the construction crew actually making the noise. How are they related? (I assume it was your chronic lack of sleep that caused the oversight?)
Knat on April 28, 2015 at 7:11 PM · Report this 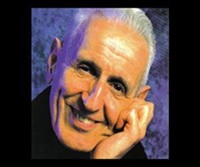 6
@1 I'm assuming it's the development entity and their project rep. Makes sense to refer back to them, because it's usually the developer's schedule mandates that prompt the need for noisr variances.

Still, it sounds like that superintendent was rude to you, and they don't issue notices like they're supposed to. Shame on LCL, they need to be good neighbors.
Hernandez on April 29, 2015 at 7:41 AM · Report this

7
Now you know how bad it is for me when the gardening crew comes by to mow the lawn every Wednesday morning...thought their arrival is a manageable 9:30am.

However, I have learned to park my KIA at least a foot away from the edge of the grass, as they tend to "cut it close" and I end up with stalks of green embedded in the grille.

13
just stay on it. keep calling the city. the squeaky wheel gets the grease.

and have some sympathy for the GC. construction is fucking tough work. especially scheduling work, managing subcontractors who don't speak English, etc.

16
Variances should be $0.10 per sq ft of the finished project. Fines should be 10x that. Contractors ruined sleep for several buildings here by installing a metal plate under the road incorrectly. All weekend long every car that passed sounded like someone rolling a dumpster down a flight of stairs.

Like most things that disadvantage the public fees and fines don't come close to meeting the real social cost, nor are they high enough to dissuade the 'ambitious'.
SchmuckyTheCat on April 29, 2015 at 6:13 PM · Report this

17
By the time you go through all the hoops to get the noise stopped, the project will be done. You can't stop it, it's PROGRESS!
longwayhome on April 29, 2015 at 9:24 PM · Report this
18
@4: Yes. Are you? Do you live anywhere near railroad tracks in Washington State? If so, did you bother to vote during the last election? No? Seriously, if your future is on its way to being irretrievably fucked now because of unchecked capitalism run amok--largely due to too many 'meh' saying eligible but unregistered voters who blew off quite possibly their last chance at saving our national democracy,---don't cry to me. I voted, and am doing what I can to help stop the disastrous plans the fossil fuel industry has in destroying Washington State, the Pacific Northwest, the entire West Coast, and this planet.
@17: If you truly believe that, you are a total idiot.
auntie grizelda on April 30, 2015 at 12:10 AM · Report this

19
Thanks for publishing this story! Having experienced this same thing with three different construction projects, each directly across the street from our building and each within a 6 month staggered start time, we've been living in construction hell for the past three years and are still in the thick of it. Our building has tried everything under the sun to have the construction crews behave according to rules, but the only thing that worked even marginally was a massive public outcry and getting the city council involved. This article very much contributes to the "massive public outcry" part of things, so thanks for getting it out there.

The construction crews and their parent development companies we have had the joy to deal with are, for the most part, money hungry assholes (most of them out-of-state) and they will try to get away with murder. It begins with small transgressions - starting 20mins earlier than expected, using backing beepers they are not suppose to, … . However, if you let it slide, the transgressions will grow and they certainly add up to a point where you just want to bang your head against the wall because you haven't had a good night's sleep in over a year!

Sadly, it's up to you, the sleep-deprived, city-politics-uneducated, unwilling volunteer to police those fuckers. Politely and reasonably negotiating with the construction companies or the development companies is fruitless. So is screaming at them at 5am, but that route at least gives you a much needed cathartic release. The noise abatement office will try to help, but the two guys in charge of noise ordinances work part-time schedules and by the time they get to respond to a situation, the situation is generally over and the construction dweebs are whistling on the street corner innocently looking around. Contacting specific city council representatives with well thought out, actionable inquiries works best, because the council puts enough pressure on the DPD to make them notice the situation. The effect, however, is short lived. So best to make friends with high-ranking city officials and get on a first-name basis with them pronto.

Oh, and call the police. Call them often and call them every time a construction company breaks the rules. It won't achieve anything, but the incident will be recorded and it will give you more leverage should you decide to sue the developers. Hinting that that's where our building was heading all of a sudden caused the developer to notice our emails that they "accidentally overlooked previously".

Anyway, thanks again for writing this!
whatHappenedToCapitolHill on April 30, 2015 at 11:45 AM · Report this
21
@10 I thought Lil' Sis said that not Bubb Rubb
Seattle in Alaska on May 1, 2015 at 3:54 PM · Report this
23
COMPLAIN ABOUT THE 7:00 AM CONSTRUCTION NOISE HERE
According to the Seattle Department of Planning and Development,
“If your construction and maintenance activities are within multifamily and neighborhood commercial zones (Lowrise, Midrise, Highrise, Residential Commercial and Neighborhood Commercial) you can work:
7:00 a.m. - 7:00 p.m., weekdays / 9:00 a.m. - 7:00 p.m., weekends and holidays
Your impact construction work (pile driving, jackhammers, etc.) is limited to:
8:00 a.m. - 5:00 p.m., weekdays / 9:00 a.m. - 5:00 p.m., weekends and holidays”
Seattle Department of Planning and Development thinks this is fine. Tell them what you think here:
David George, (206) 684-7843 / Jeff Stalter, (206) 615-1760 / James Dasher, (206) 615-1190
david.george@seattle.gov / jeff.stalter@seattle.gov / james.dasher@seattle.gov
Will you get anywhere? Probably not. The City doesn’t care, really. But it’s better to let them know than do nothing. The real problem is the Seattle City Council that lumps commercial district construction activity and family neighborhoods together.