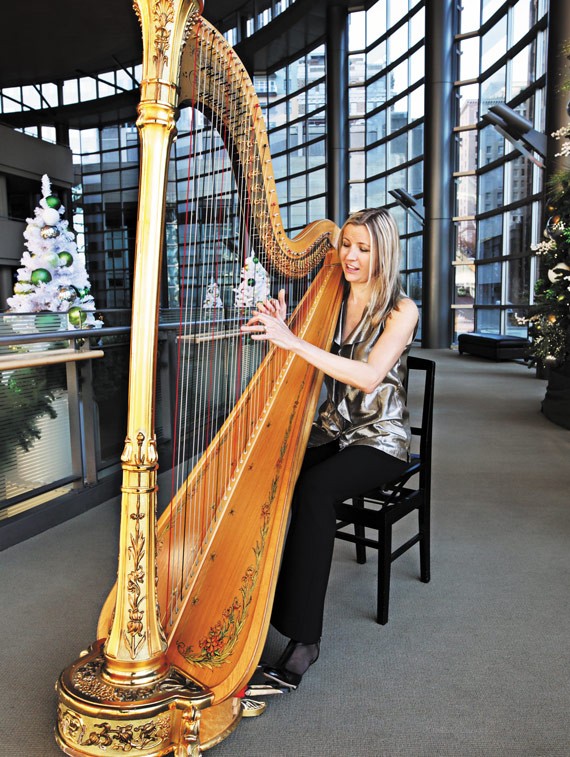 Born and raised in Nice, France, Valerie Muzzolini Gordon started playing the harp at the age of 7. She landed the job at Seattle Symphony at 23, after studying music at the Curtis Institute of Music and then later at Yale.

Developed in the early-1800s, the pedal harp is a relatively young instrument compared to the Celtic harp Gordon played as a child, and it was taken up most earnestly by French composers like Ravel and Debussy at the turn of the 20th century. This weekend, she's due to play Fauré's Requiem, a "lullaby of death," as Fauré once heard it put, which features a lot of dreamy harp parts.

Gordon likes playing French music from that period not because it's French but because it tends to be more "delicate," so the harp comes out more. "I feel more heard," she says.

She can't stay away from the harp for more than a week, or else her technique suffers and she risks injury. The instrument requires endurance, physical strength, and high-level mental compartmentalization. At the peak of the season, she's got three or four symphonies running through her head (and fingers) at once.