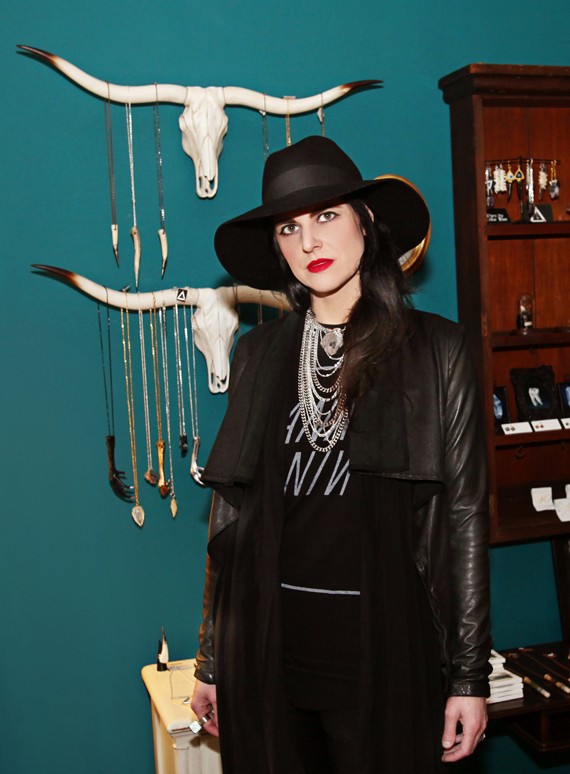 Kristina Cullen quit her day job in May of 2013 to start designing art and jewelry under the moniker Open the Cellar Door.

Three years later, she's making more pieces than ever—necklaces made from antique coffin nails, deer antlers, and porcupine teeth. Earrings constructed from the tiny vertebrae of rattlesnakes, and dangerous looking rings of bison teeth she calls "witch fingers." She also makes one-of-a-kind pendants from dried chicken feet. The gilded silver talons are inspired by the practice of hoodoo—wearing the foot, with claws intact, is believed to be a powerful protection against evil because of the object's magical power to "scratch" one's enemy.

"I had to discontinue a bracelet once," says Cullen. "I found some old dental plates from a long-closed insane asylum. Like all of the discarded materials I use, I thought the teeth had a strangely beautiful quality. But people were really creeped out by them—I tried to sell them at a market once, and people literally went running away from my table."

Kristina Cullen will be at the Seattle Makers Market on February 28 at Sole Repair. You can also find her designs locally at Ghost Gallery, Moksha, Sassafras, and Revival, and online at Etsy, Below Shop, and CVLT Nation Bizarre.