Yesterday I watched this new Baz Luhrmann situation, Australia, which wants to be a grand, sweeping, old-fashioned movie classic, but certainly is not. I'll be writing about it more extensively in next week's paper.

However! Right now I would like to expound upon one Hugh Jackman, our reigning Sexiest Man Alive.

Hugh Jackman is weird-looking. He has a tiny head.

Let me back up. Sometimes Hugh Jackman, who is 6'2" tall, IS the sexiest man alive. 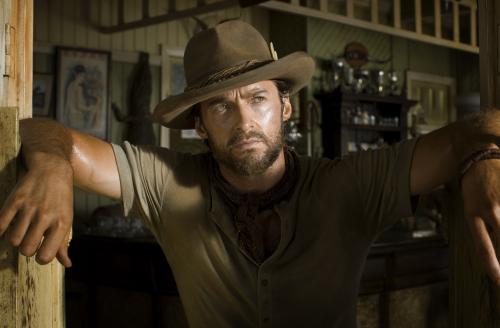 SEE!? Specifically, during the parts of Australia in which dirty filthy Jackman, covered in scruff and grime, rides around on a horse, gets into bar fights, and generally gets shit handled while Nicole "Show Me Some Documentation That Proves I Am Not A Sophisticated Robot" Kidman pouts stiffly in the corner.

But THEN, just before Jackman and Kidman finally consummate their dirty filthy outback desires, he turns into THIS pink, powdered, awkward thing: 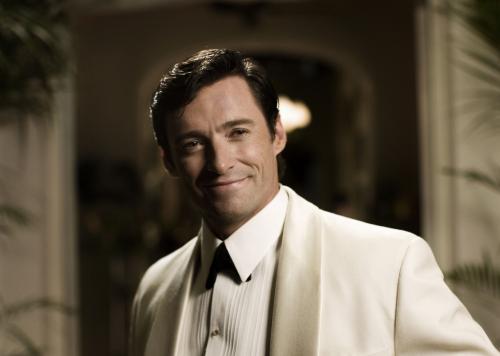 It's like somehow his beard allows his head to appear normal-sized. Or something. What is going on here!? 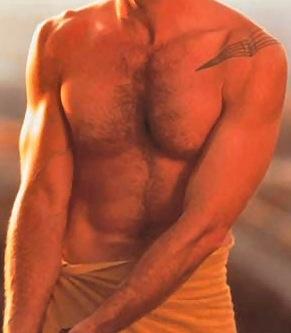 Last night, after watching Australia, I had a dream (too brief) about a man who looked exactly like this:
————————->

And in my dream, this man did not have a head. BECAUSE THIS MAN WAS HUGH JACKMAN. 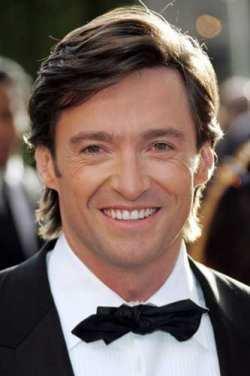 Gratuitous extra evidence after the jump. 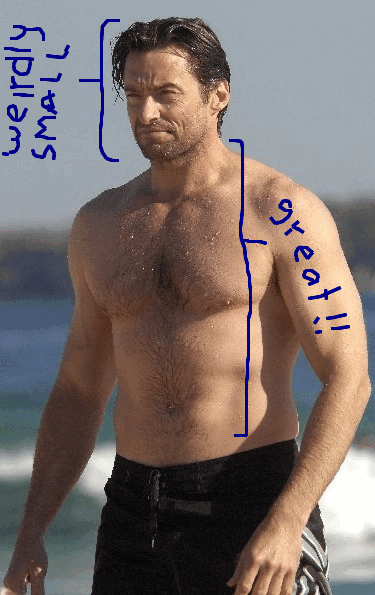 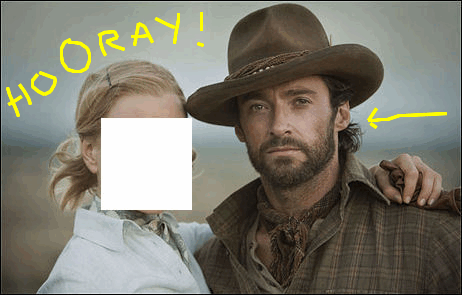 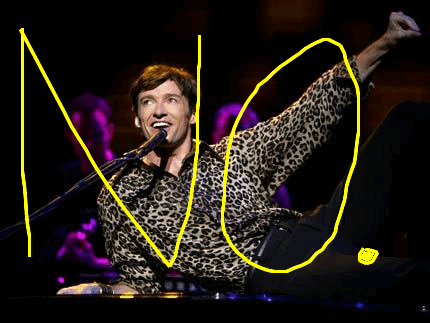 Comments 39
Tags: Film/TV Blogs Zzzzzzzzzzzzz
The Stranger depends on your continuing support to provide articles like this one. In return, we pledge our ongoing commitment to truthful, progressive journalism and serving our community. So if you’re able, please consider a small recurring contribution. Thank you—you are appreciated!
CONTRIBUTE NOW

Studio 666 Is a Midlife Crisis Disguised as a Horror Movie