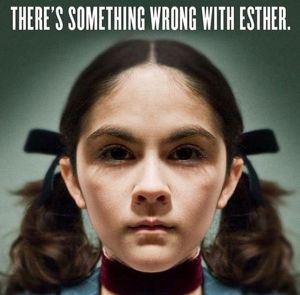 Take it away, Defamer's Richard Lawson!

OMG, you guys. So that movie Orphan comes out today—it's that Vera Farmiga creepy kid flick where she screams and screams as she realizes she already made this movie before—and we know the surprise ending! And it's hilarious.

The credit goes to Vulture for rooting around in the Ain't It Cool comments (horror) and finding someone who'd seen the film and given away the RIDICULOUS surprise twist ending. Are you ready for it?

I have read the facts of the surprise ending and it is the first spoiler-alerted ruined ending that makes me want to see a movie I previously had no interest in. Read it—if you dare.

Comments 21
Tags: Film/TV Blogs Teh Internets
The Stranger depends on your continuing support to provide articles like this one. In return, we pledge our ongoing commitment to truthful, progressive journalism and serving our community. So if you’re able, please consider a small recurring contribution. Thank you—you are appreciated!
CONTRIBUTE NOW