The Time Has Come to Discuss the Most Recent Episode of RuPaul's Drag Race.... 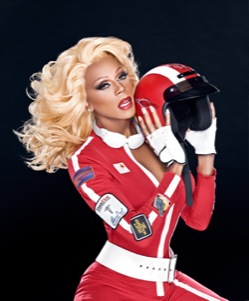 And to protect any and all who have it trapped in their Tivos/haven't watched it online, all results-related discussion comes after the jump.

For now, some non-spoilery questions: Do they air last year's contestants' Absolut commercials during the TV broadcast as relentlessly as they do during episodes viewed on the Logo website? Can anyone else recite every single one of them verbatim in their sleep, from "I decided I wanted a TA-too" to "babble about a rabbit for sixty seconds!"? And can we all agree that BeBe's ad is the best?

OH MY GOD THEY SENT HOME MORGAN.
She was sometimes hard to look at, but seemed to have her shit together way more than a bunch of the others (and her Stacey Q lipsynch was impeccable—double fist-roll for the win!)

Also, I hate to say it, but Tyra Sanchez is a monster, a genius, a true star. That bitch almost got even ME to buy her story that she didn't know her caterwauling was annoying the others. And her refusal to raise her voice above a placid Beyonce murmur, even when attacked? GENIUS.

Also, they better be saving footage of the Tyra v. Tatiana chest-shoving for the reunion special.

Comments 29
Tags: Film/TV Blogs TV
The Stranger depends on your continuing support to provide articles like this one. In return, we pledge our ongoing commitment to truthful, progressive journalism and serving our community. So if you’re able, please consider a small recurring contribution. Thank you—you are appreciated!
CONTRIBUTE NOW