They were pissed at KB over what he did to a certain actress and some other jerk moves at the time, plus they rewarded someone else for what he had done in the PAST. It's pretty typical, actually.
Will in Seattle on March 15, 2010 at 11:55 AM Report this 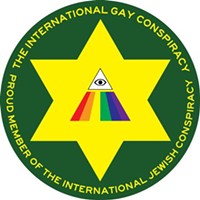 4
I'd like to see some explanation for why they feel the Oscar winning movies are no longer relevant. I'm not disputing their choices, but that's a series of essays I'd like to read.
Andrew Cole on March 15, 2010 at 12:07 PM Report this

7
This sounds like a completely pretentious circle jerk. It's one thing to disagree with the Academy (and they made a bunch of bad decisions, especially when it came to Best Picture and Best Director, in the 80s and 90s), but hosting your own award show - 20 years later? Please.
Matt from Denver on March 15, 2010 at 12:46 PM Report this 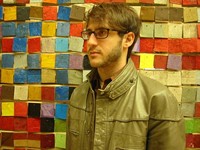 8
@7 yah, lets discourage people from building communities and creating new interesting social events that get people off the fucking couch that isn't 100% alcohol centric......well done matt the douche, keep up the great internet banter & criticisms, you're being a fantastic troll.
Andy_Squirrel on March 15, 2010 at 1:24 PM Report this
9
OK…I'll play. I do think there's something to be said about Time and Perspective, which the 20/20 awards are trying to value, beyond merely quibbling with the Academy. I think it would be great to have an Awards show that take this into account.

10
I know, I know - instead of "correcting" the awards from 20 years ago, we could do it for this year. And everybody gets to vote! Except, um, you have to have seen every movie that's been nominated, and who's going to do that who isn't in the business? But still, it's a great idea. And we could throw a big fancy party and invite famous people and maybe even get on TV. Sounds pretty cool, eh?
Fifty-Two-Eighty on March 15, 2010 at 1:46 PM Report this
11
It does sound a little pretentious...yeah seems like an excellent way to blow $7 admission (plus my $4.50 r/t bus fare) whilst paying for slightly overpriced drinks and mediocre food..suddenly turning into a $25 night including tip. no thanks, I just watched a shitty awards ceremony the other night.. other than that i enjoy attending the odd variety of Central Cinema's..the stranger goofballs would be the biggest draw for me.
on March 15, 2010 at 2:28 PM Report this