Dora the Explorer: Can You Say, "Litigation"?

According to the New York Daily News, Caitlin Sanchez, who has been the voice for the wildly popular cartoon character Dora the Explorer since 2007, is suing her parent company Nickelodeon for allegedly tricking her out of an ass-load of moolah.

Balestriere said Caitlin was cheated out of "millions, perhaps tens of millions."

The story goes on to say that Caitlin's family were pressured by the network into signing the 14 page contract (without the aid of a lawyer, 'natch), by telling the family they would get someone else to play Dora.

When Caitlin's parents later complained about the pay, Bercy threatened them, saying, Nickelodeon "will fire her if she pushes too much," the suit charges.

Unsurprisingly, Nickelodeon says the case is "without merit."

Okay, two things! One: Caitlin is grown up now and totally hot. 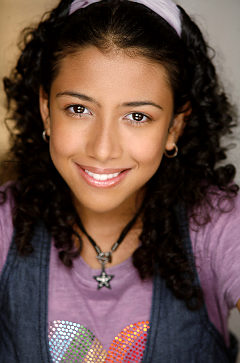 And two... I forgot what I was going to say because Caitlin is so hot. WAIT, OH YEAH!

Comments 19
Tags: Film/TV Blogs TV Wm.™ Steven Humphrey
The Stranger depends on your continuing support to provide articles like this one. In return, we pledge our ongoing commitment to truthful, progressive journalism and serving our community. So if you’re able, please consider a small recurring contribution. Thank you—you are appreciated!
CONTRIBUTE NOW