What do I see in all of this?

(BBC) An elderly woman has survived being trapped in her bathroom in Paris for 20 days, after the door lock jammed.

The room had no window or phone so the 69-year-old was unable to tell anyone but she tapped on pipes during the night, hoping to alert her neighbours.

They thought the noise was DIY work and started a petition to have it stopped.
I see a French film staring the British actress Charlotte Rampling. 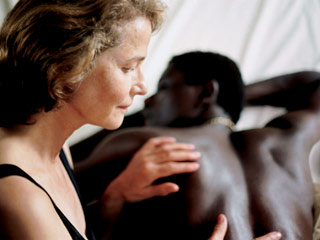