Can Someone Explain How V for Vendetta Became a Major Symbol of Protest?

It will become especially irrelevant if this survives as a protest symbol 20 years from now, when virtually everyone will have forgotten about the V For Vendetta movie.
JPDarche on May 2, 2014 at 11:58 AM Report this

10
People usually don't think critically about what they're doing. Usually they just do whatever everyone around them is doing.
Urgutha Forka on May 2, 2014 at 12:01 PM Report this

11
Never really got that either. It was kinda a shit movie.
Is someone producing bootlegs or these things, or are anarchists really shopping at the Warner Brothers store?
Dougsf on May 2, 2014 at 12:06 PM Report this 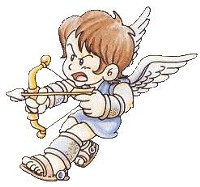 15
Wearing the Guy Fawkes mask was initially popularized by Anonymous during their various protests against the Church of Scientology-- the scientologists were are are rather notorious for harassing their critics, and because the V for Vendetta movie had just come out, the masks were plentiful and cheap thanks to Warner Bros attempting to market that turd. The Anons were generally pretty tongue-in-cheek: I doubt that any of them actually thought that the VfV movie presented any sort of real model for revolution. Now a decade and change later, the masks have stuck around as a fashion statement, long since divorced from their original context: a Che Guevara t-shirt for the next generation.
Doctor Memory on May 2, 2014 at 12:26 PM Report this 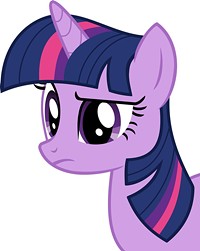 17
Guy Fawkes Day is an actual holiday around the world, in the British Commonwealth of Nations.

To Americans who think everything is about them, it must be puzzling, but to half the world it has inner meaning
Will in Seattle on May 2, 2014 at 12:31 PM Report this

The "anarchists" are, almost always, young people (under 25) wearing clothing and shoes made by the huge corporations they want to destroy. Yeah, that's real radical. It was hilarious to see so many of these protesters wearing Nike shoes. And those masks? Yes, each one that the "radicals" purchase earns money for Warner Bros.

Here are two credible sources regarding the mask:

The anarchist kids are just naive, uninformed idiots using violence as a tool. They are almost as bad as the anti-government groups of the far-right wing. Almost as bad - not quite.
IndicaDogwalk on May 2, 2014 at 12:45 PM Report this
20
Apparently, the tradition of wearing Guy Fawkes masks on November 5th goes back several centuries in the UK. This particular mask, based on the image created by V4V illustrator David Lloyd, has become popular in the decades since publication, and as @9 points out, more so since WB flooded the movie tie-in market with them after the film came out in '05.
COMTE on May 2, 2014 at 12:52 PM Report this
21
@19:

Although, on the flip-side, exactly the same could be said of RW/TP types who proudly wear their Wal-Mart purchased "These Colors Don't Run!" 'Merkin flag t-shirts at Sarah Palin rallies - completely unaware of the fact they were made by indentured factory workers in Communist China.
COMTE on May 2, 2014 at 12:56 PM Report this 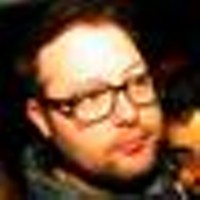 The masks were adopted by the online vigilantes Anonymous some years ago. At the time they generally hung around 4Chan's /b/ message board (don't go there), and one of their mascots -- Epic Fail Guy, or EFG -- started wearing it, presumably after one of the nerds saw V for Vandetta.

The rest of Anonymous started wearing the masks when executing "RWAs", or Real World Actions, things like protesting the Westboro Baptist Church or the FCC, etc. It was a way to keep them anonymous while they were being Anonymous.

So it really doesn't have much to do with V for Vandetta at all, it's morphed well beyond that to become its own thing.

23
They aren't as hot as ski masks, which would also probably get you shot for looking like the villains in counter-strike.
meanie on May 2, 2014 at 1:10 PM Report this

24
I liked the V Is For Vendetta movie. I guess that means I'm not hip or intellectual. Or that I'm a consumer pawn of media conglomerates like Time Warner.

Here are some more movies that didn't suck just because they were made by them after Time merged with Warner: GoodFellas, Unforgiven, The Shawshank Redemption, The Matrix, The Departed, The Dark Knight... and many more.

I like the masks, too. To me, they simply signify an anti-establishment perspective. And I choose to read no further into it. I choose not to let comic book/movie criticism or Guy Fawkes' biography muddle this simple message -- just as I wouldn't argue that the protesters wearing bandanas don't really understand the historical significance of the garment's use among bikers, gang members, or hipsters.

25
@7 is right (and @10) - I'm immediately reminded of all the rugged individualist bad-boy(and girl) rebels riding their big harley davidsons in tight formation wearing exclusively branded clothing from The Motor Company.

But you make comments about this - as D'Toqueville did - and you wind up coming off as a French Aristocrat, which is to say a white wine, brie, latte and volvo liberal.
AFinch on May 2, 2014 at 1:47 PM Report this 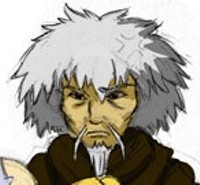 26
I always assumed that because Anonymous adopted the masks, people wear them in loose reference to that hacker collective. Because hackers represent the ability of ordinary people to threaten the interests of the state. So it's about appropriating that power.
spaceapple on May 2, 2014 at 1:58 PM Report this

27
I thought the movie did quite a good job of capturing the spirit of the graphic novel. But then I thought Watchmen did as well. Even League of Extraordinary Gentlemen was an okay adaptation even if both it and the comic book were big schlocky messes.

I do find it amusing that the movie may already be old enough that people don't remember the mask was from there. 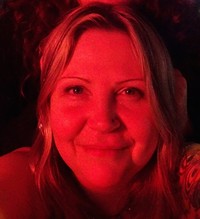 And no, America, it's not all about you all the time.

Several commenters above are right, it was the Anonymous vs. Scientology campaign that gave it street-action currency.

But seriously, an anonymous human 'superhero' individual using pranks, humor and bombs to undermine a totalitarian state doesn't make sense to you as a protest icon? In this day and age?

You must be having a cranky week, Paul.

As for those who talk about Guy Fawkes Day, nobody seemed to mention that the British State encouraged that day to BURN AN EFFIGY of Guy Fawkes, and make him a permanent historical & cultural enemy of the state.
It's weird too, because it happens right near Halloween (a traditional Pagan holiday that isn't held in England), and involves a big bonfire, and has a really festive atmosphere, even though the subtext is horrific and very very political.
treacle on May 2, 2014 at 2:37 PM Report this

35
It became a symbol because Anonymous used clips from the movie to announce their actions on YouTube, and so Anonymous Supporters started paying Time Warner for the privilege of promoting their film.

You will never, however, come to a satisfactory answer about why the more incoherent parts of the left remain incoherent and counterproductive.
drhackenbush on May 2, 2014 at 4:20 PM Report this

37
I think you are reading way too much into their use. The fact is is that they are a cheap mask that isn't as hot as a ski mask and they are probably available everywhere.

I've seen a lot of photos of protestors in both Ukraine and Venezuela recently wearing them.

I don't think it means anything and it probably has nothing to do with either the movie or Guy Fawkes Day.
passionate_jus on May 2, 2014 at 7:32 PM Report this

38
@36, I'm not!
Urgutha Forka on May 2, 2014 at 8:19 PM Report this
39
@19: Ah, that retarded trope again. So, do you believe the Solidarity movement that eventually helped bring about the end of the Soviet bloc was illegitimate because everything they wore was made by the Stalinist system they protested against?
Blackcap on May 2, 2014 at 10:00 PM Report this

40
Paul, the secret is towards the very end of V for Vendetta. Not the cheese and action up to that point.

The scene that makes this movie work as a symbol of protest is where an army of masked people appear to fight the tyranny of the state.

You can see how this plays out so strongly among protesters - individuals have little or no power in our society. They can be gassed, beaten, and killed by authorities with little or no repercussion. The political system is broken. No one thinks abandoning net neutrality is a good idea, the state is doing so anyways. No one thinks our copyright system is good, but it too is moving in the wrong direction. And on and on it goes, the everyman has no power.

But... maybe, just maybe if every everyman were to fight...

and so you get a fairly trashy movie as a symbol of protest. There you go, I explained it, Taa Daaaa!
TCLballardwallymont on May 2, 2014 at 10:34 PM Report this

42
So, what was the alternative to consumer society that anarchist kids are able to easily access, again? The one that's so obvious it makes them idiots for wearing branded shoes and buying food and clothes from corporations?
Fistique on May 3, 2014 at 12:47 AM Report this

43
@41: Just when I thought Dirtclustit couldn't get any nuttier...
THIS is a Kurt Cobain. THIS is a Guy Fawkes. *shakes Dirtclustit vigorously by the shoulders* DO YOU SEE THE DIFFERENCE?
You can Guy Fawkes yourself.
venomlash on May 3, 2014 at 3:42 AM Report this
44
Just a symbol for blowing up the existing paradigm man. You need air conditioning

47
and for anyone who enjoys reinstalling their operating system, click on venomlash's links, they're chalk full of sloggy goodness, complete with the seattle smile (which is french for "I'm an asshole")
Dirtclustit on May 4, 2014 at 5:47 AM Report this
48
So, what last name did you mean to type?
clashfan on May 4, 2014 at 7:41 AM Report this

49
Great masks, that's what. The right combination of smirk and threat through anonymity. Guaranteed to piss off the bourgeoisie and the one-percent AND make them piss their pants. Nothing to do with Guy Fawkes or the movie, just a perfect prop.
lfgii on May 4, 2014 at 6:33 PM Report this
50
Because the movie was so insipid and stupid people protested outside the theaters?
tkc on May 5, 2014 at 2:24 PM Report this