You're aware you live in a city where you can just get on a seaplane that takes off from Lake Union and lands in the San Juan Islands in 35 minutes, right? You're aware of this? And are you aware that if you take off from Lake Union and it's windy, your pilot may opt for a southerly departure, and if that's the case that you get to fly right by the Space Needle? This is not a professional photo; this is my crappy iPhone camera right here:

I lived in Seattle for years before I knew about Kenmore Air. And there were two seats not in use on my ten-seater flight to Orcas Island over the weekend, so by my math, at least two people out there don't know about Kenmore Air. Please get with the program. 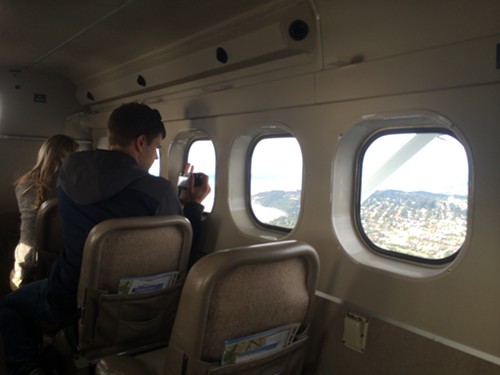 ...I found myself in the Sea View movie theater at the Orcas Island Film Festival, watching a not-yet-released movie where Kiera Knightley talks all about Orcas Island. She even pretends to go to Orcas Island, to a "personal development seminar," while secretly hanging out in Ballard with Sam Rockwell, although her fiancé doesn't know that, her fiancé thinks she's on Orcas. At one point she Skypes with her fiancé while pretending to be on Orcas. Of course, watching it on Orcas—population 4,453—was a once-in-a-lifetime experience, and Orcas Islanders were pretty shocked too, considering how rural and un-Hollywood Orcas is. The crowd laughed and laughed. And of course tried to figure out all the locations. Laggies is a Lynn Shelton movie, and every single shot of it was filmed in Washington State. Pretty cool.* 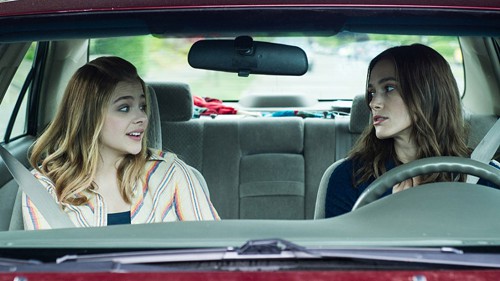 All the feature films at the Orcas Island Film Festival were impressive, because it was curated by a pro: Carl Spence of Seattle International Film Festival. There were documentaries, there were shorts, and there were high-quality big-budget films too, like The Imitation Game starring Benedict Cumberbatch, all about Alan Turing, the mathematician who cracked the Nazi code during World War II and then was tortured by his own government for being gay. (Over breakfast the next morning, Sub Pop cofounder Bruce Pavitt said he thinks it's one of the best movies of all time.) I also caught the John Ridley biopic on Jimi Hendrix, which is somewhat irritating and way too long but has a lot of great things about it too, like that performance by Andre 3000.

There were visiting filmmakers from places like Brooklyn, and island filmmakers who'd participated in a film fest contest where their shorts were shown before the features and voted on, with the winning short to be shown next year at SIFF. One such short-film maker (who didn't win) gave such an overblown introduction to his film about farming that I thought I was in a Portlandia sketch. But even that was funny. Plus, any excuse to get to Orcas I'll take. Brown Bear Bakery is still there and going strong; their pastries are waaaaay better than an island this tiny deserves. And Doe Bay Resort, which I'd never visited before, is so gorgeous and relaxing I'm already scheming to go back. It's not easy getting around the island without a car, however there are some taxi services, and some hilarious people running the taxi services; I really felt for people who drove to the festival. Sure, they had a car with them, but for many of them it involved five-hour commutes on overpacked ferries. As for staying on Orcas, I recommend Golden Tree Hostel, which has a fire pit and a hot tub and private rooms.

Orcas Island Film Fest is a collaboration between organizer Jared Lovejoy and artistic director Carl Spence and a bunch of businesses on the island; I really hope they do it again. I'll take any excuse to splurge for a seaplane. It rained some, but on an island full of hot tubs, who cares? 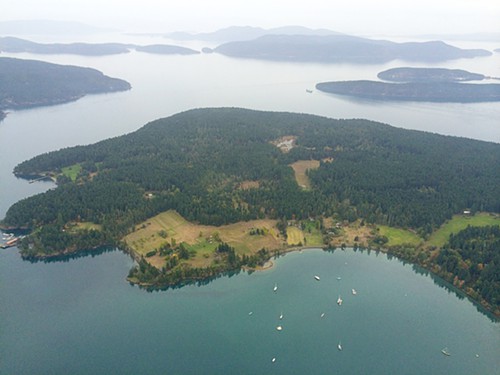 * We'll be showing a clip from Laggies at the Genius Awards on Saturday night, the best art party of the year. RSVP here.