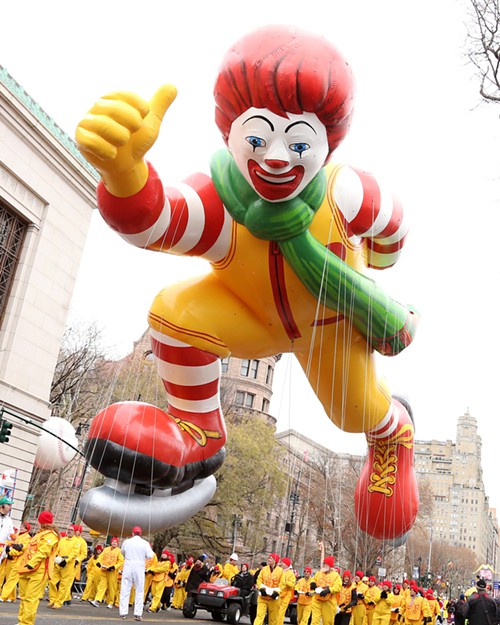 Crazy shit popping off all over the place. JStone / Shutterstock.com

Step 1: Smoke weed, drink tincture, or have an edible. Your choice. Those are the only ways to properly watch a televised Thanksgiving Day parade. Vape it, dab it, spray it on your tongue, or slather your torso with cannabis coconut oil. Up to you.

Step 2: Mute the sound on the television, and put on Death Grips’ “Lil Boy” from No Love Deep Web. Let it play on repeat while the first three or four balloons and floats go by. The tension and impending tones of MC Ride’s vocals will make the people smiling at the parade seem like they’re all hiding a dark secret. They’re so happy, but are they too happy? There’s a procession of large, inflated humanoid and animal shapes being pulled by ropes. Something is off. The creatures are filled with 300,000 cubic feet of helium, and they’re peering down from another dimension. It’s ominous, yet clowning. Breezes gust up and catch one of Kermit the Frog’s bone-thin arms, making him wave and convulse in slow motion. He’s not saying, “Hellooo kids.” He’s saying, “Somebody fucking help meee.” 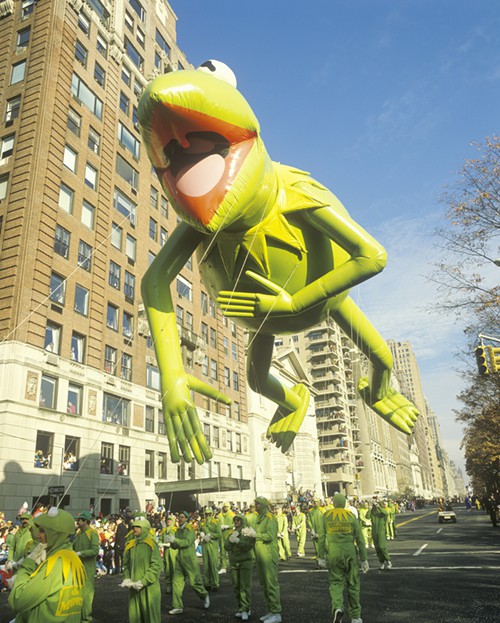 Step 3: Snack on Peanut Butter Pretzel Muddy Buddies. Look at fucking Spider-Man. People in apartments above him are looking down at his ass laughing. They’re stoned too. And Super Grover. Goddamn, you love Super Grover. He has 90 handlers, and he’s five-fucking-stories tall, flying, with his huge balloon-fingers stretched out in front of him. It makes total sense now. 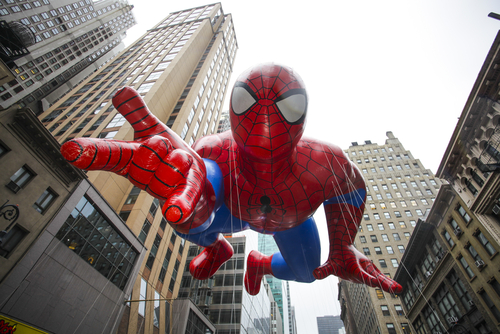 People in those buildings are laughing at him. a katz / Shutterstock.com

Step 3.5: Make a rum-and-Coke. As SpongeBob floats by, you’ll notice he looks like Leatherface from The Texas Chainsaw Massacre. (RIP actor Gunnar Hansen.) SpongeBob’s thick, aged polyurethane is very similar to Leatherface’s human skin mask. When the Elf on the Shelf goes by, he’s deflating, and it’s morbid. His rope operators try to maintain cheerfulness, but it’s obvious they’re forcing themselves not to act morbid. What the fuck is Elf on a Shelf anyway? Why is he in the fetal position? 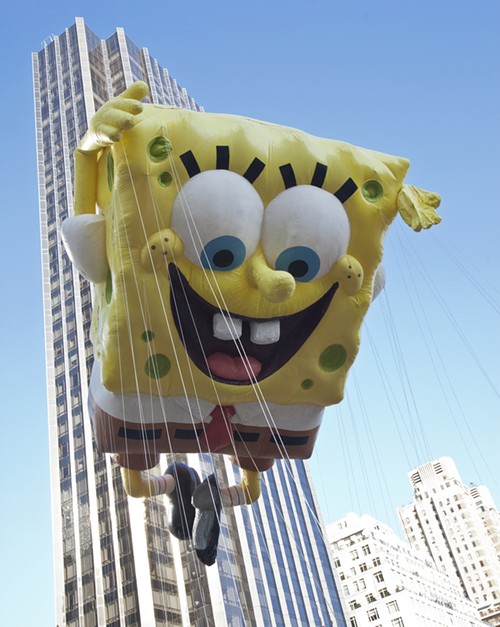 Step 4: Take out Death Grips, and put on Miles Davis's Live Evil. “Sivad” kicks it off and the bombastic womb-funk mixes well with the sagging fetal elf. Miles stabs the trumpet with bulbous distortion and wah-pedal. His horn sounds speak to the parade balloons in an ancient whale-song language. Where’s James Brown’s balloon-float? Get a five-story-tall Godfather of Soul balloon in there, Jesus. How to Train Your Dragon has a float? James Brown made some of the finest funk and R&B in history. He sold millions of albums, and was a better dancer than Fred Astaire. It’s bullshit James Brown doesn’t have a parade balloon. Fuck Fred Astaire.

Step 5: Make another rum-and-Coke. This is where you’ll realize certain balloons are routed into an adult-only hangar near Central Park for a ceremonial, sacrificial blimp-sex ritual. Inside the hangar a ballet of choreographed handlers makes the Power Ranger balloon use the candy cane balloon to bring the Angry Bird to orgasm. The way they make it so the ropes don’t cross is impressive. The bright yellow Pikachu looks on, scream-laughing. Coyote noises are pumped through a PA system suspended from the rafters. 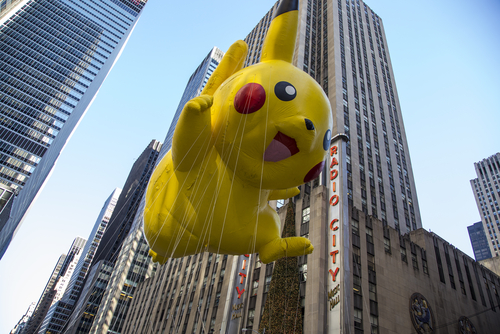 For the finale, each balloon is punctured with spears and fake blood sprays out of a water cannon. The blood is a mixture of corn syrup, corn powder, coffee grinds, cocoa powder, and red water-based acrylic paint. (If you’re ever going to be Carrie for Halloween, this recipe can’t be beat. It stays on your skin and hair like real blood.) People in the hangar roll and writhe around on top of each while the balloons deflate and cover them like soggy tortillas. The drone footage from above is intense. In the gush of activity, the limp Wimpy Kid entwines around Big Bird, with one of Big Bird’s eyes staring out like the whale Moby Dick. Someone with their shirt off Slip-n-Slides across it. Next, a truck commercial will come on, and you’ll go out into the street to throw football with friends and family. The entire time, Kermit’s flaccid lifeless eye will be burned into your mind, staring at you from a holiday dimension of space-time and whale-song. Try not to drop the ball. Soon, you can nap.

Nap time. eddtoro / Shutterstock.com
Comments 4
Tags: Film/TV Blogs TV Weed
The Stranger depends on your continuing support to provide articles like this one. In return, we pledge our ongoing commitment to truthful, progressive journalism and serving our community. So if you’re able, please consider a small recurring contribution. Thank you—you are appreciated!
CONTRIBUTE NOW