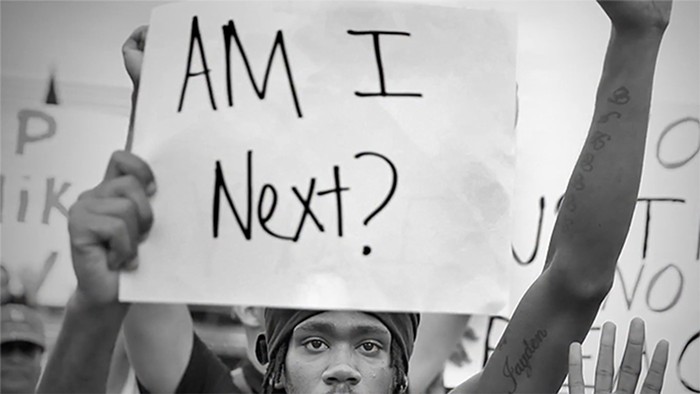 The last few days, I’ve been hearing from white people concerned about lower voter turnout of black Americans. Some have implored me to “do my part” to help get out the black vote. Others have reached out to try to understand why—why when there is such risk of a nightmare Trump presidency would black voters not be coming out in droves? Why would so many people come out for Obama in 2008 and 2012 but not come out to stop Trump in 2016? And why are young black people so disenchanted? Are they just naive? Selfish?

And to all those who asked and to all those who have been thinking the same thoughts: First, let me remind you to get out of my mentions. Second, let me remind you that this is our first presidential election without the full protections of the Voting Rights Act, and many of those voters that you may think of as “unenthused” have been prevented or discouraged from voting by states that leapt upon the opportunity to disenfranchise black voters. But beyond that, if that doesn’t suffice, I say this: Watch 13th.

The Netflix documentary by Ava DuVernay explores the rebirth of American chattel slavery in the American prison system. From the post-reconstruction use of prison leasing to the 1994 crime bill, to the corporate legislative machines that churn out laws to make profits for their private prison sponsors, DuVernay quickly takes you through the many ways in which White Supremacy in America has managed to keep so many black Americans enslaved.

The interviews that DuVernay was able to get for this documentary are extraordinary. Michelle Alexander, Angela Davis, Van Jones—even Newt Gingrich—and so many more add vivid insight and lived experience to the story of mass incarceration throughout American history. And while the documentary could have given much more time to the post-reconstruction South (especially because there are quite a few parallels between the angry and self-destructive white people of the late 1800s and the angry and self-destructive white people voting for Trump todaythat I really think should be examined by the greater public), the thread woven through slavery, the civil rights movement, and modern mass incarceration is strong enough for just about anybody to see.

I watched 13th with my 15-year-old son. I recognized the look on his face when he realized that he was watching a young Hillary Clinton call black kids “superpredators,” and when he saw Bill Clinton angrily defend those words on the campaign trail 20 years later, and when he saw a young Donald Trump call for the execution of five innocent young black men accused of a horrific crime that they did not commit. That look on his face was the look I’ve had on my face the entire election—a face of horror, sadness, and betrayal. And in seeing that in my son, I knew that I had to ask all of my white friends to watch this film, so that they could understand why.

I ask you to watch 13th and look at all the ways in which you touch the system of White Supremacy that is keeping so many black Americans enslaved—and fight to dismantle that piece, whether it’s divesting from companies that profit from private prisons, voting out prosecutors who criminalize blackness, or voting for school boards and superintendents who will address the high amount of black kids being suspended, expelled, and even jailed in schools.

Because we simply cannot move forward if we do not understand why we are in the mess we are in. Because for far too long we have been treating racism as a problem of individual preference and not a system that we must tear down. Because for far too long we’ve allowed those who profit most from oppression to hide behind those who suffer most. Because when my son is able to vote in the next few years, I want the look on his face to be one of hope.

Comments 2
Tags: Film/TV
The Stranger depends on your continuing support to provide articles like this one. In return, we pledge our ongoing commitment to truthful, progressive journalism and serving our community. So if you’re able, please consider a small recurring contribution. Thank you—you are appreciated!
CONTRIBUTE NOW