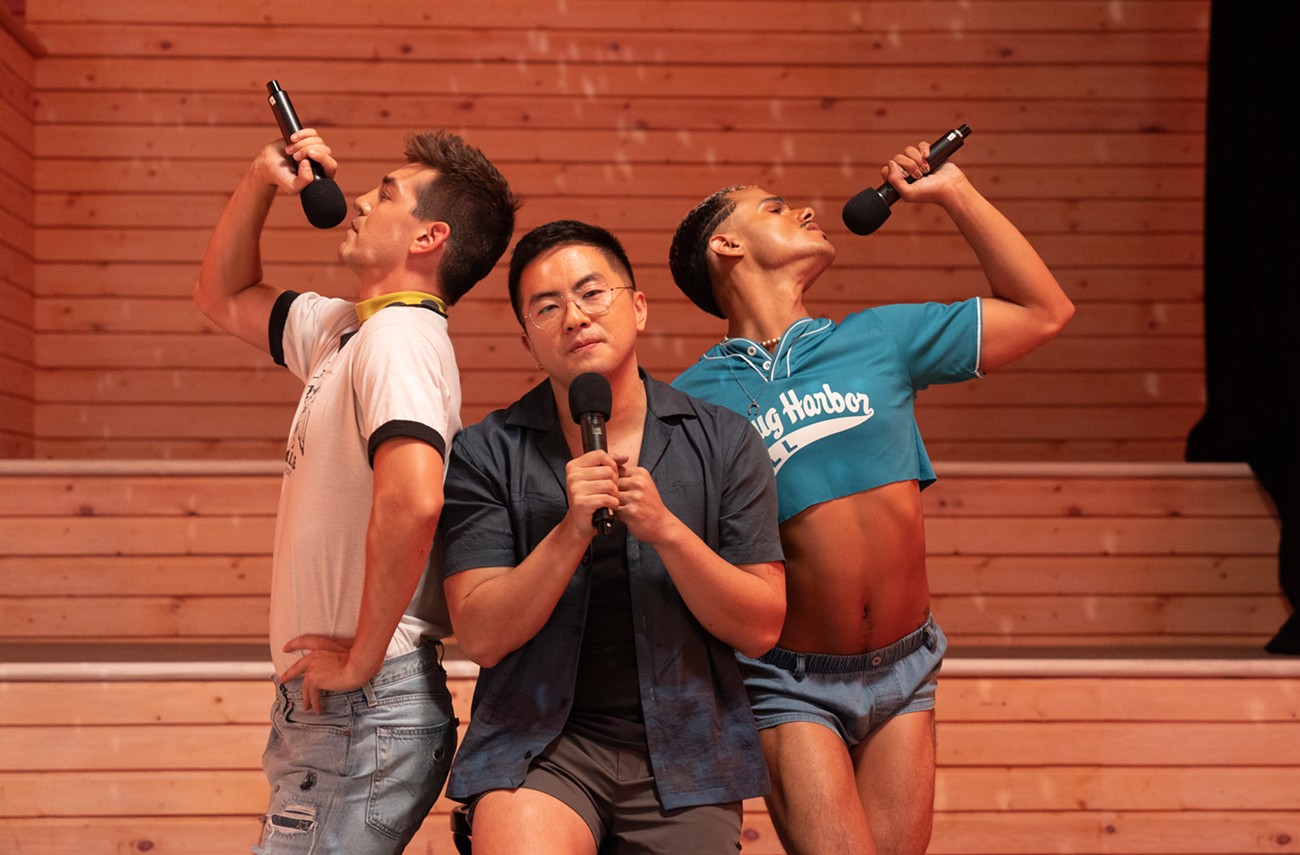 The boys are back in town.

At the start of Fire Island, our heroes head out to a weekend getaway. On their way out, a character expresses relief about not having to see a heterosexual for the next seven days, which sets a nice tone for a big-hearted gay rom-com that follows the well-worn contours of both Pride and Prejudice and at least half of all queer films from the 1990s.

Inspired by the Jane Austen novel, it’s remarkable how well Fire Island maps onto the meticulous social codes of the Regency era and also onto queer social hierarchies of this very moment: Class divides, keeping up appearances, love affairs sabotaged by feelings that can’t be said out loud.

Gays of a certain age will probably feel a nostalgic tickle as the story unfolds: A group of friends gather for a summer getaway, flirt with strangers and discover that what seemed at first like a brief quickening of the pulse was actually a sign of incoming affection they didn’t know they could feel. It’s a bit of Big Eden, a little Jeffrey, a touch of Billy’s Hollywood Screen Kiss, and an echo of Beautiful Thing (but with cellphones) – a cozy throwback to ‘90s gay rom-coms, down to the inclusion of Britney ballads and the pitch-perfect presence of Margaret Cho.

Our lead character is Joel Kim Booster, who plays … well, somebody; it’s hard to think of him as anyone other than his very entertaining standup-comic persona. JKB’s performance pairs nicely with best friend Howie, played by Bowen Yang, who melds into his character with a bit more verisimilitude. (Here, Yang finally has a chance to prove that he's more than just the iceberg that sank the Titanic; he can really act.) The two leads are joined by a supporting cast of screechy gay chaos-buddies who are tolerable in moderation, but the real action starts when the gang encounters a group of wealthy assholes, at which point they really start weaving a complex tapestry of love and loathing. Are these gay gangs destined to be lovers or enemies? Why not both?

You don’t have to have read the book (or any AO3 fiction) to know where all of this is heading, but who cares if this story's been told a few times before? Y’all didn’t want a twist. Fire Island shines not with surprises, but with big gay joy: The camaraderie, the underwear parties, the fanatical interest in the career of Marisa Tomei. The plot is free to hum along with minimal supervision as our boys careen between lovestruck and furious, all while wearing as little clothing as possible.

Pleasantly – and in a departure from how we tended to do these things in the ‘90s – there are some great sit-up-and-take-notice performances throughout, particularly from the taciturn lawyer Will (Conrad Ricamora), whose granite-faced dispassion is impossible to look away from. Are there any Star Treks in need of a Vulcan? The less his character says, the more he communicates, and he’s found a perfect role in a story about feelings that go unsaid.

Other highlights: Torian Miller as a fussbudgety nerd; Cho as a mama-lesbian making up for youthful fuckups; Matt Rogers as a clueless former barback who attempts to garnish a drink with brie; drag icon Peppermint having an absolute ball as herself on stage. All of these elements are criminally underused, but that’s okay. There’s only room for so many pleasures in a single film, and I can’t imagine this team won’t have more feature opportunities coming their way.

Fire Island is available to stream now on Hulu in the US, and on Disney+ and Star+ in some other countries. No theatrical release planned.