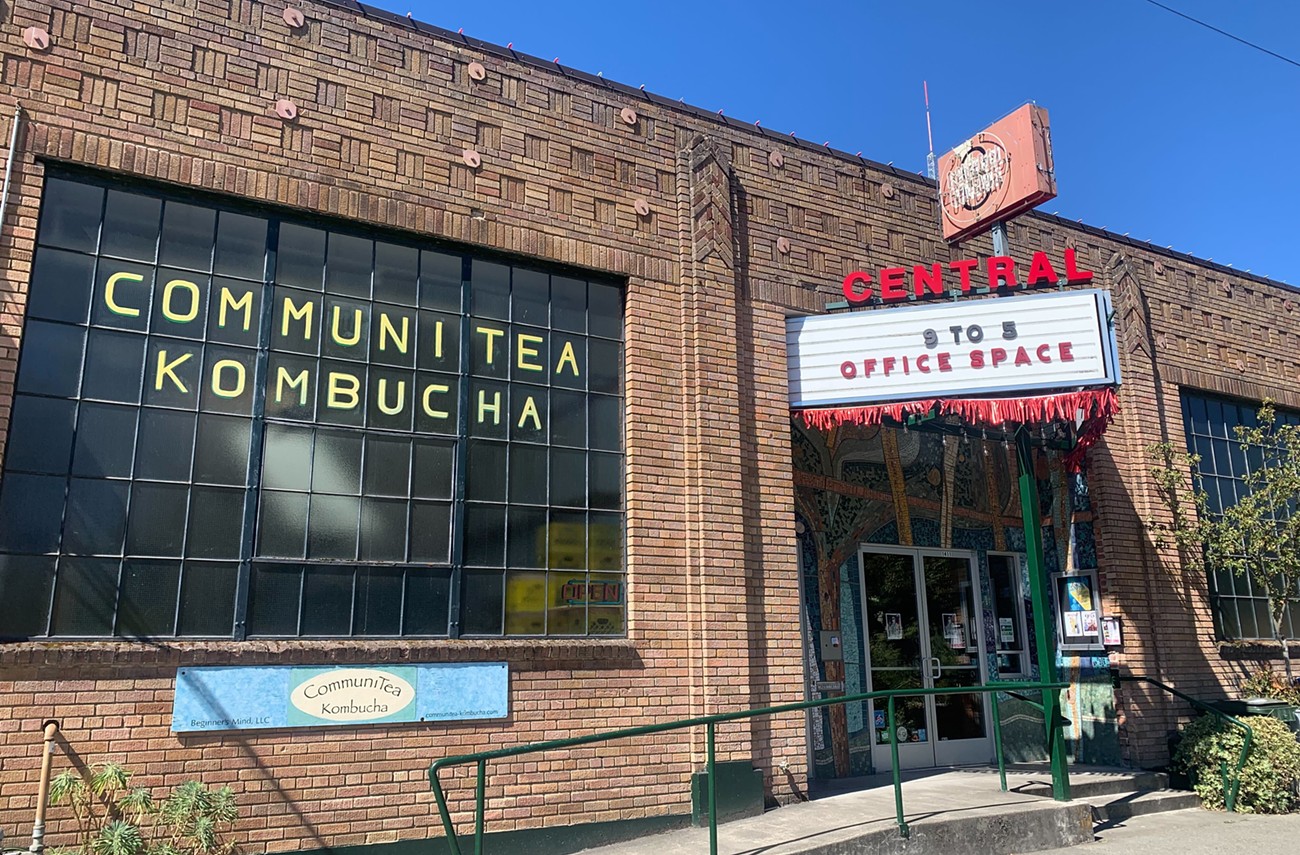 In total, nine Central Cinema employees have quit over the past month. Jas Keimig

The fallout from a company meeting about a Bette Midler tweet and a New York Times op-ed spurred conflict between management and workers at Central Cinema and led many employees to quit en masse last week.

Emails between managers and staff show management’s handling of a conflict with a trans employee inflamed other workers and escalated existing tensions at the neighborhood movie theater. Many former employees are calling for Central Cinema owner/managers Kevin and Kate Spitzer to step down.

The inciting incident began July 29 during a Central Cinema programming meeting. In the meeting, program director Doug Willott and Kevin Spitzer asked Zella Zane, the theater’s only trans employee, to give her thoughts on a series of Bette Midler tweets widely regarded as transphobic, Zane said in an email.

Earlier that month, Midler had tweeted to "women of the world" that she was against the use of trans-inclusive language like "menstruators" or "birthing people" in the context of discussing reproductive rights. Though Midler claimed she wasn’t intentionally being transphobic, many called out the actress for attacking trans people. For Central Cinema, Midler’s tweet raised concerns about the theater catching flack for screening Hocus Pocus, as it does every year.

In a follow-up email to the programming committee, Zane said she personally didn’t recommend the screening because Midler had "doubled down on what she said," but added that the theater would "probably" be okay if they went through with it.

Kevin Spitzer responded to Zane’s email on August 1, saying he could “see Bette Midler’s point that the new inclusive terminology is reductionist and derogatory to women." In that email, he argued that “inclusive language should really be inclusive to all parties involved,” said he didn’t think Midler should be "castigated for not wanting to be reduced to a person-with-uterus," suggested "something more universal like Womyn" instead of the terms Midler mentioned, and concluded by saying he didn’t know "the right answer" but didn’t believe "thrashing people for talking about it" was a good approach. 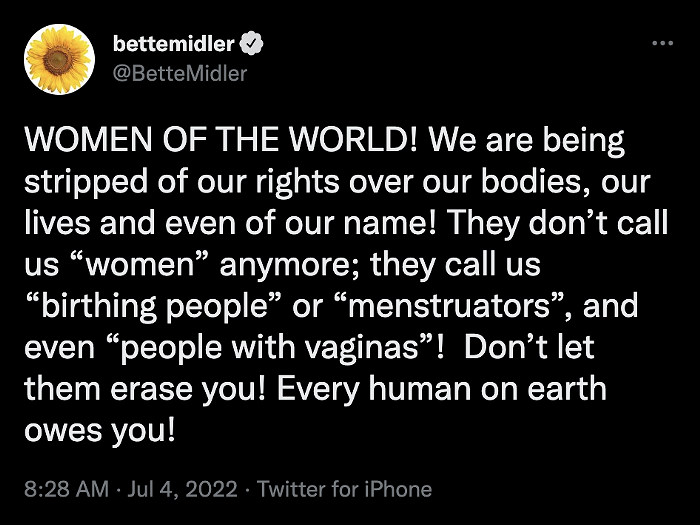 Zane emailed a response to Spitzer August 3, wherein she argued that her manager's thoughts on Midler’s tweet explicitly erased trans people and constituted an attack on her and on trans rights more broadly. “If asking [me] for my professional opinion is going to be an excuse for you to try to wrangle me into a Steven Chowder style debate on my existence within the greater world of feminist thought and pontification,” she wrote, "then I am not going to participate in your programing meeting anymore."

Zane, who said she was dealing with the death of her grandmother at the time, asked Spitzer to stop talking with her about this topic. “I felt like my views as a trans person were not valued and instead were used as a way to provoke and cajole me into an inappropriate response,” she wrote in a statement.

The Spitzers suspended Zane without pay on August 5 in response to her email, which they described as "extremely hostile and accusatory" in an email to The Stranger. They removed her from the schedule because they needed to "resolve this hostility" before she came into work again, Kate Spitzer wrote in a text to Zane at the time.

Zane said the managers took her off the schedule for a week and said she had to meet with them before returning to work, though she didn’t want to do so without mediation. The Spitzers said they only officially suspended Zane for a day, but she chose not to come in for the rest of the days. (Following a request from staff, the Spitzers later reimbursed Zane for lost wages during this period, both Zane and the Spitzers confirmed.)

On August 6, the Spitzers wrote emails to staff and to Zane in an attempt to make amends. In the email to everyone, the Spitzers said they "sincerely regret" causing Zane to feel "great pain" as a result of the "continuation of our programming meeting discussion." Kevin Spitzer said he did not intend for his thoughts to be taken as "an attack on the Trans community," but only an attempt to find "inclusive new words that all can come together around." To help prevent similar problems in the future, the managers pitched a monthly staff "open forum" to "discuss big issues" and "grow together." Kevin Spitzer forwarded Zane that email and reiterated his desire to find a resolution to the conflict and to get her back on the job.

That same day, Central Cinema staff wrote an email to the Spitzers expressing solidarity with Zane and indicating that they didn’t think the apology was genuine. "Recently, Kevin expressed anti-trans sentiments that have made us all extremely uncomfortable," they wrote. They demanded Kevin Spitzer no longer manage the cinema Monday through Friday, and that he relinquish to senior staff the responsibilities of opening, closing, and processing voided transactions in order to make their working environment more comfortable. In an August 11 email, Kate Spitzer wrote that it was "not possible” to follow these demands, because there was "currently no one on staff that we trust to manage to the Cinema."

In the weeks following the programming meeting, workers were in the process of organizing a conversation between staff and management when Kate and Kevin Spritzer hired two mediators to run the discussion. The mediators hosted two separate sessions in late August—one with only staff to discuss their concerns and demands for management, and another with staff and Kevin and Kate as well.

In an August 24 email, the Spitzers said they were creating a staff handbook and developing a shared online document for staff feedback on programming. They also promised to make "reasonable attempts to understand social issues around screening a film" and went through sensitivity training themselves.

But the incident was the final straw for many Central Cinema employees, who expressed concerns about alleged mismanagement stretching back before the incident involving the tweet. Chelsea Newman, the former bar manager, said that the owners had “a hard time relinquishing control,” and that Kevin would not always be present for his shifts, leaving workers without the proper codes and keys necessary to do their jobs.

The Spitzers dispute these claims, saying they had designated staff to act as shift leads and managers since before the COVID-19 pandemic. They said Kevin would be onsite in the office if no other managers were scheduled, processing bills, reports, and payroll. "If Kevin did not trust the staff, he would not be able to work in the office during the show," they wrote.

After one employee resigned earlier in the month, several others followed suit last week after the first mediated session with staff. "I didn’t honestly feel that anything would change significantly for me to be comfortable continuing to work there," said Newman, who quit before the second session. In total, nine out of 15 Central Cinema employees have quit over the past month.

Zane herself was fired on August 20 after she walked out on her shift and used profanity in text messages directed at Kate and Kevin following an allegedly transphobic confrontation with another employee.

Zane said the other coworker had mistreated her "for months" before their blow-up occurred. In a text message to Kevin, the coworker misgendered Zane and claimed she swore at him after he simply said "hi." Zane denies that series of events and maintains that during that interaction the coworker threatened to get the bosses to fire her for not talking to him. In text messages between Zane and Kevin Spitzer about the incident, Zane said she would refuse to attend meetings with management to talk about it, demanded that management remove the coworker and fire themselves, and threatened to sue the Spitzers while continuing to work at the theater.

As for what the former staff would like to see changed, all who contacted The Stranger said it was simple: for Central Cinema to shut down. "I hope they close, full stop," wrote one staffer who wished to remain anonymous for fear of retaliation. "If they can’t be a safe and inclusive space, at the expense of their own egos, then they don’t deserve to own a business in this city, in this year, in this neighborhood."

In an email to The Stranger, Kevin and Kate Spitzer said that they would be hiring new staff members to replace those who have left, as well as working on improving the environment for employees. "We will be implementing the responses we brought to the table in the facilitated discussion for written accountability of discussions, establishing shift leads and improvements to programming planning," they wrote.

For Zane, the incident fits into larger conversations across the nation about trans inclusivity, and how how labor organizing, working conditions and "requests to be treated with dignity and respect and not like a human renewable resource are all taken as provocations at best and direct attacks on their livelihoods at their worst."

"Ours is a society built upon power differentials, and until we reckon with that fact none of the issues we face today are going to improve," she wrote. "Not a single one."