Riotsville, U.S.A. Is a Surreal History Lesson on the Militarization of the US Police 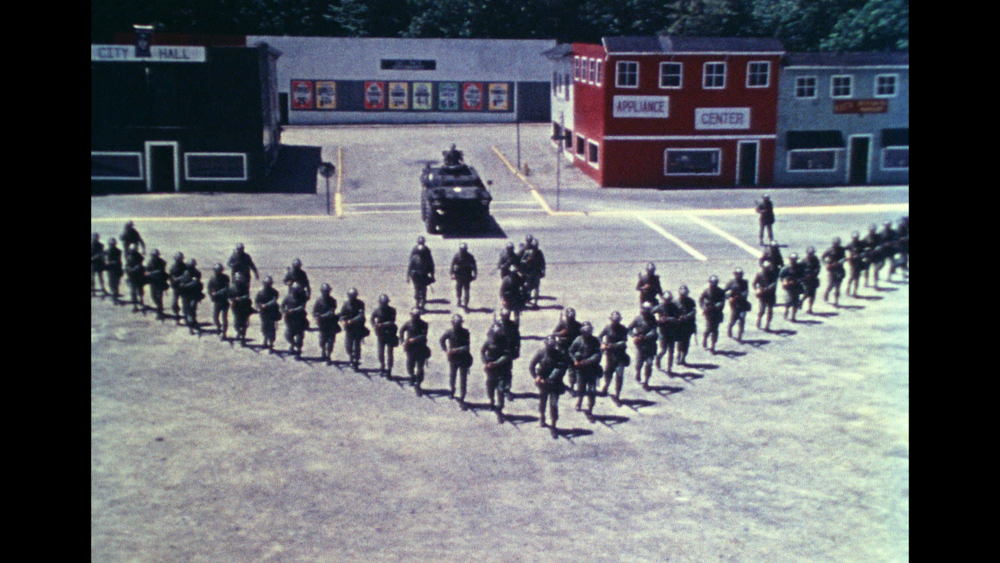 These fuckers. Courtesy of SIFF
Back to article

Wow. Thanks for this. I often think of these sorts of things as subtle, and evolutionary. They occur over time, with small changes. For example, the police often form cliques, or what could be considered gangs. But they aren't actually gangs.

Until, or course, you find out they do have gangs. Real Crips and Bloods type gangs. With gang names, greetings, tattoos and initiation that involve abusing the general public.

Likewise the war on drugs. I figured that there was a race and social aspect to it, but like any complex situation, hard to pin down. Then you run across this, many years later: https://www.vera.org/reimagining-prison-webumentary/the-past-is-never-dead/drug-war-confessional. This isn't subtle. This is fascism, in its most blatant form. The U. S. government arresting and imprisoning often innocent people for political purposes.

Same with this. This country has a long, sad history with fascism, and Trump was just tapping into it, adding another chapter.

That raw footage is a MAGA wet dream. Run this documentary on FOX News with no sound and it will peg their ratings meters.

The American Taliban as I live and breathe! This is what domestic terrorism looks like.
We must stop this insanity NOW! I can't handle another hostile Trumpian takeover.

@2 Ross and @3 Yeshua: Exactly what I find so alarming. It's as if we didn't learn jack shit 85 years after the Holocaust in HItler-ravaged Germany.

I grew up in a small-ish town in Iowa (about 62,000) that had its rough edges. When I was young, the police force, aside from the occasional murder, pretty much just handled small-potatoes crimes (burglaries, car thefts, shoplifters, etc)

Imagine my surprise when I looked at my hometown Facebook page during the summer of the George Floyd Protests and saw that they were preparing for riots downtown, as they were sure ANTIFA was coming.

(Not only is the town still 92.5% white, there's nothing there to loot - the downtown is just bars, empty storefronts, and vacant lots, with all the box stores out on the edge of town).

Imagine my further surprise when I read that the sheriff was deputizing anyone with "military experience" and that the police department (which wasn't deputizing people, and was kind of irked with the sheriff) had what looked like a tank. A TANK!

Absolutely nothing came of it, of course. Menards and Home Depot make a killing off of selling plywood, and I think they might have put the tank on the Main Street for a bit, but all in all it was not a big day for ANTIFA or anyone else. Contrast that with the race riots in Omaha (just across the river) in the 1960's, where no one in town even thought about the prospect of violence coming over from that (and nobody had a tank). That's the combination of militarization of the police, and stupid people getting worked up on social media.

@5 Catalina Vel-DuRay: "Absolutely nothing came of it, of course..."
Bingo. And largely why I take routine breaks from social media.
I need to distance myself from willful GOP misinformation.