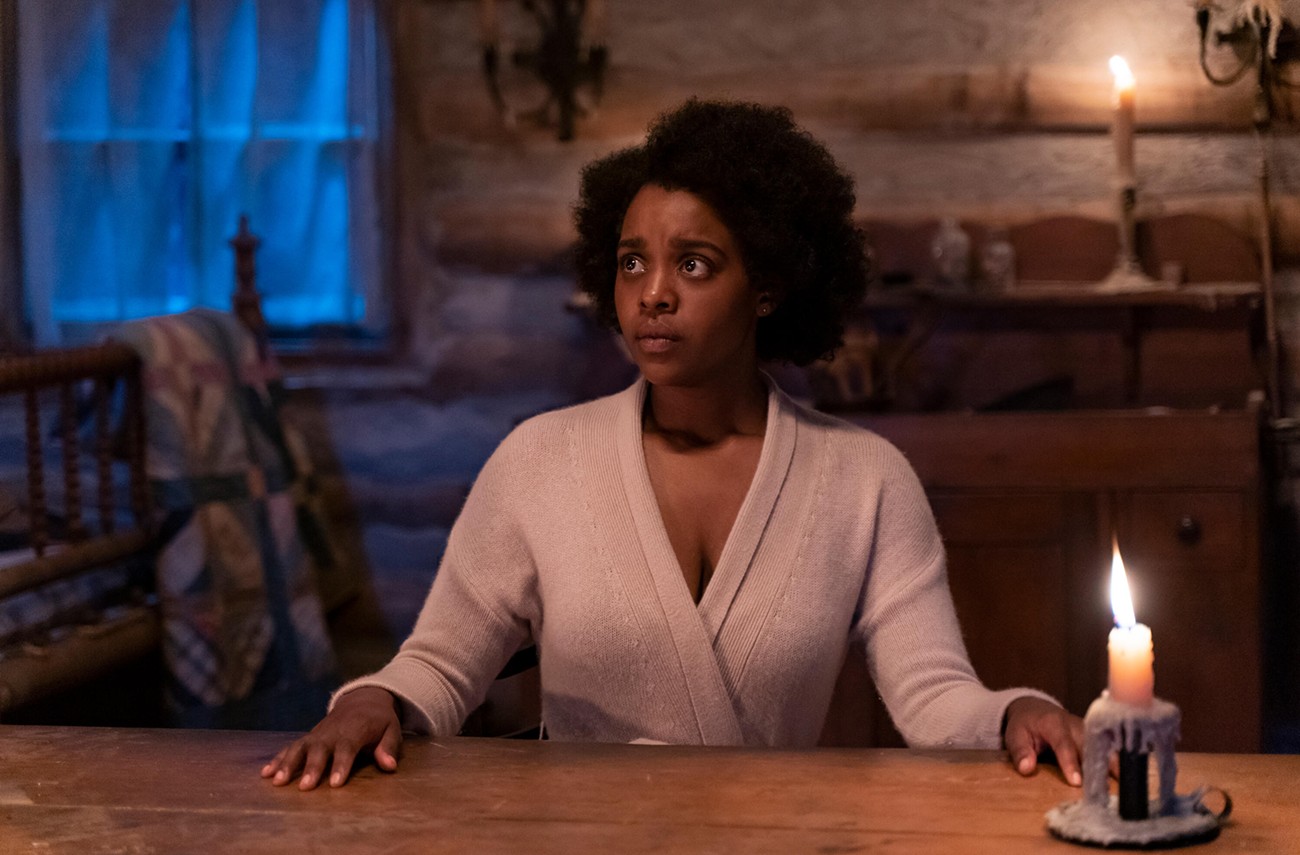 Let's get this part of the post over and done with: Hulu's Kindred is, at best, mediocre, which is surprising when one considers that the visual and narrative power of Octavia Butler's novel of the same name is set in the mid-'70s and begins with a vivid image and situation. From that point on, the pages just fly. You are at the end in no time, which reveals the reason for the vivid opening. Kindred—which, in my opinion, should be rated above a number of the classics of the Black American literary tradition (Ralph Ellison's Invisible Man, James Baldwin's Another Country, Toni Morrison's Beloved, and the like)—concerns a form of time travel that happens suddenly and without an obvious explanation. The character at the center of the plot, Edana (Dana) Franklin, is, by a mysterious force, pulled from the late 20th century and dropped on a Maryland plantation at the beginning of the 19th century. Dana's transportation to the dark days of slavery is as sudden and mind-breaking as the return to her own place and time, post-Vietnam Los Angeles.

Though the TV series's showrunner and writer, Branden Jacobs-Jenkins, preserved the main features of the novel's time traveling, he made significant changes to large sections of the original story. These changes will certainly make fans of the novel deeply unhappy.

For one, the show spends a lot of time and trouble explaining an interracial relationship, which is almost effortlessly described in the novel. Dana Franklin, a black woman, is married to a white man, Kevin Franklin. At the beginning of the novel, they are already married, already moving into a new Los Angeles house. In the show, which is set in 2016, Dana James, who is single, has moved into a new house in Los Angeles; but she purchased it with money made from the sale of a New York City brownstone she inherited from her grandmother. (Butler also did not make such a big deal about buying an LA house, which, of course, shows how different the times of her novel are from ours.)

Dana moved to LA to become a TV writer. She worships Dynasty.

I do not want to say any more about the Hulu series. But just know if you are serious about enjoying it, you must almost completely forget the novel. Watch this Kindred only for what it is—characters that are (too) easy to understand, lots of cheese in the writing, and a production that's far more TV than it is cinematic. Jacobs-Jenkins went in the opposite direction of Barry Jenkin's The Underground Railway.

And now for the matter on my mind. What made Butler's novel an impressive work is not just science fiction or fantasy (or however people categorize it) but philosophy. At work in this novel (and this is also in the TV show), is an original philosophy of time. Its innovation is to re-imagine the direction of haunting. We usually imagine that ghosts that haunt the present are from the past. Ghosts have grievances that must be addressed. They almost always want justice. They will not rest until the wrong is resolved. We see this morality of the dead in Robert Zemeckis's superb What Lies Beneath and Kaneto Shindo’s masterpiece Kuroneko (The Black Cat).

In Kuroneko, a mother and daughter who live in a bamboo grove are raped and murdered by samurais. The horror of this crime is so extreme that it enables the dead mother and daughter to crack open the order of time: the fixed past, the dynamic present, the open future. Their ghosts can now visit the present for the purpose of exacting revenge (justice) from warriors who enter their bamboo grove.

Now what is the social function of these kinds of ghosts, which dominate our and other cultures? By social function, I mean to say, what is the sociobiology of justice-determined haunting? The answer is found in Adam Smith’s greatest work, The Theory of Moral Sentiments. (Smith is mostly know for the inferior and very messy The Wealth of Nations—the founding document of modern political economy.) Let’s spend a little time reading what he has to say about ghosts:

When we see one man oppressed or injured by another, the sympathy which we feel with the distress of the sufferer seems to serve only to animate our fellow-feeling with his resentment against the offender. We are rejoiced to see him attack his adversary in his turn, and are eager and ready to assist him whenever he exerts himself for defence, or even for vengeance within a certain degree.

This explains the plot structure of numerous Hollywood films.

If the injured should perish in the quarrel, we not only sympathize with the real resentment of his friends and relations, but with the imaginary resentment which in fancy we lend to the dead, who is no longer capable of feeling that or any other human sentiment. But as we put ourselves in his situation, as we enter, as it were, into his body, and in our imaginations, in some measure, animate anew the deformed and mangled carcass of the slain, when we bring home in this manner his case to our own bosoms, we feel upon this, as upon many other occasions, an emotion which the person principally concerned is incapable of feeling, and which yet we feel by an illusive sympathy with him. We feel that resentment which we imagine he ought to feel, and which he would feel, if in his cold and lifeless body there remained any consciousness of what passes upon earth. His blood, we think, calls aloud for vengeance. The very ashes of the dead seem to be disturbed at the thought that his injuries are to pass unrevenged.

This explains the plot of What Lies Beneath and a very large number of ghost stories, such as the movie that gave us Get Out, The Amityville Horror.

The horrors which are supposed to haunt the bed of the murderer, the ghosts which, superstition imagines, rise from their graves to demand vengeance upon those who brought them to an untimely end, all take their origin from this natural sympathy with the imaginary resentment of the slain.

And here we have a sociobiological (meaning, a deep or natural) law of haunting. Adam Smith calls it "the sacred and necessary law of retaliation."

But this law is cold to the dead because they are really, really, really dead. They actually say and do nothing. In the words of Max Horkheimer, which are found in a letter he sent on March 16, 1937 to the greatest European culture critic of the 20th century, Walter Benjamin: "Past injustice has occurred and is completed. The slain are really slain..." The dead cannot haunt. They can't do anything. The Black slaves that saw nothing but a life of misery and pain on a plantation, the Indians starved to death by Winston Churchill, the European Jews in the gas chamber—these crimes against humanity went with their victims to the realm where nothing can be said and done.

And so, who haunts if not the dead? Smith holds the answer. It is us. The living. But we do not haunt the future, we haunt the past. This is the philosophy of time at the core of Kindred. The living can travel to the past, can visit the dead. Dana of the 1970s haunted the plantation in much the same way present Virginia is haunting Confederate soldiers and leaders preserved by statues.

What does this all mean? Those in the future are here with us today. They walk in among us. They haunt us.