The Walk Isn't Perfect, but It's Thrilling

1
I think it's fair to say that anyone who hates Forrest Gump is an awful person whose opinions are easily dismissed as contrarian blathering.
nutxaq on October 9, 2015 at 3:52 PM · Report this
2
I thought I was the only one in America who despised Forrest Gump, Ms Fennessy, you've just made a fan. Execrable. Nailed it.
MyDogBen on October 9, 2015 at 4:43 PM · Report this

3
Forrest Gump is whimsy. Some people take whimsy, wipe their asses on it, and pitch it out the window. You know...the type who bears watching The Sound of Music only to bitch about "too much fucking singing." But hey, variety is the spice of life.

Also, Gump is a love song to my generation (and Zemeckis's). If you're much younger than that, you won't get it. Never will.

I'm getting to the point where I'll pretty much watch Joseph Gordon-Levitt in anything he chooses to do. Seems to be a lovely, young lad off-screen and on.
Bauhaus I on October 9, 2015 at 5:39 PM · Report this
4
@3, your generation must be younger than my generation, because you don't get it. Forrest Gump and The Sound of Music were both execrable.
sarah91 on October 9, 2015 at 11:47 PM · Report this 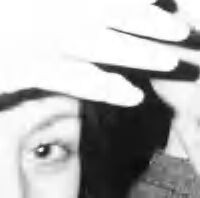 5
@3 I believe that Zemeckis saw Forrest as something more than just a friendly, fast-moving quipster (who isn't quite so innocent in the source novel). The treatment of Robin Wright's Jenny is particularly egregious. In the universe of the film, she will never be good enough for a pure-hearted lad like Forrest. Instead, she will try to "find herself" and associate with known radicals (members of the SDS and the Black Panthers) who are presented as violent and cruel, and then contract a fatal illness that looks a lot like AIDS.
Kathy Fennessy on October 10, 2015 at 12:15 AM · Report this

7
I love whimsy. I think Amelie, Big Fish, Triplets of Belleville, and other films do it significantly better than Forrest Gump.

In the past, I have blamed my revulsion at that film on its crypto-conservatism, but I'm less sure. It's probably not deliberate (I'd bet good money that Zemeckis doesn't vote republican, even if the film in question basically punishes people for using drugs, having sex, swearing a lot, or losing their earnest, noble, simple [i.e., stupid] certainty that things will work out for the best if you trust apple pie, America, and Sally Field); what's more, known Reaganites like David Lynch pepper their films with similar messages all the time without really bothering me too much. I think, though, that genuine whimsy needs an air of the dark, the absurd, the surreal about it, and Gump was ultimately too sun-dappled and spit-shined to make it work.

That said, on the strength of past Zemeckis work like Back to the Future and Who Framed Roger Rabbit?, and given the presence of Gordon-Levitt, I suspect this one will be worth the ticket price.
thelyamhound on October 10, 2015 at 1:15 PM · Report this