Thank the Maker! Someone Finally Made a Star Wars Movie for People Who Love Star Wars

It was a parody of serials like Buck Rodgers and Flash Gordon.

Lucas, the director of nostalgia brought to life American Graffiti, was nodding towards his days of going to the cinema and seeing such a film as a preview. That's why it starts in the middle, as if you are seeing episode #4 in such a drama.

Loving it, or taking it serious, is a funny idea. In my alternative universe, the apt outcome of Star Wars (1977) was that it becomes a financial flop and turns into the greatest cult sleeper film of all time and only now would be restored by Netflix for a special 4D premier so that the rest of the world could finally learn about this unknown classic.

Supreme Ruler Of The Universe on December 16, 2015 at 11:30 AM · Report this
3
What I find interesting about modern day movie marketing..particularly with JJ Abrams is the use of "reviews" sell the movie. Nearly every single review for the newest blockbuster is always so glowing and so full of the same things the movie's studio, producers etc. want everyone to think about the movie to sell those tickets.

I'm sure that this movie will be the exception but after years of being screwed over and lied to about how "great" movie "X" is I'll probably wait a few weeks once real people start to review it and once the less glowing (and should we say more balanced) reviews start to come in.
Cato the Younger Younger on December 16, 2015 at 11:41 AM · Report this

Anyway, the problem with the prequels is that George Lucas is a poor writer and filmmaker, and he was the first and last word when it came to those movies. The originals were good because other people overruled much of what Lucas wanted, and were unafraid to tell him his ideas sucked.

The original film was heavily re-edited and changed because the original cut Lucas wanted to submit was a freaking mess, and everyone else knew it was terrible. Lucas is a big picture guy, and a special effects visionary. He is abysmal when it comes to the nuts and bolts of filmmaking and directing when human beings are involved.

Look at the dialogue in the prequels. Lucas does not even seem to understand how human beings speak to each other, and his creative genius is limited to scenes of two people on a couch chatting.
Theodore Gorath on December 16, 2015 at 11:43 AM · Report this

5
"Look at the dialogue in the prequels. Lucas does not even seem to understand how human beings speak to each other, and his creative genius is limited to scenes of two people on a couch chatting."

8
Great, now I'm going to have to go see this film in the theaters... Curse you, Mudede!!

;>)
treacle on December 16, 2015 at 1:13 PM · Report this
9
So it sounds like it has enough to please and validate the existence of people who have chosen poorly in life and became star wars memorabilia hoarders?

10
@7 - Rian Johnson could prove to be an inspired pick to direct.

I wish I could think of who the modern equivalent of Lawrence Kasdan is, since he had so much to do with why The Empire Strikes Back and Raiders of the Lost Ark worked as well as they did (and his Silverado was one of the best pieces of popcorn cinema the '80s ever left behind).
thelyamhound on December 16, 2015 at 3:17 PM · Report this
11
@10, that would be one of the principle writers of Force Awakens.... Lawrence Kasdan!
taynt on December 16, 2015 at 3:59 PM · Report this
12
"...a stormtrooper who can no longer stomach the evil of the Dark Side."

Am I missing an Expanded Universe plot line somewhere that says every storm trooper is a Sith? Or is that simply a typo?
Knat on December 16, 2015 at 7:03 PM · Report this
13
#1, not a parody, but a many layered pastiche: http://www.slate.com/articles/arts/cover…

I saw the first Star Wars opening day, on a giant screen in New York, first matinee with a group of guys I knew who drew for Marvel and DC.

They probably knew something about it going in, but I hadn't read a review, heard advance anything, had no expectations whatsoever.

I was in my 20s, wasn't a sci fi fan, more a foreign film/experimental/70s New Wave type -- Star Wars blew me away.

Thrilling! Fun! Funny! The special effects so revolutionary they appeared 3D to me, at least for the first viewing.

I stayed for the second show, and although the sprcial effects no longer appeared 3D, the story held up.

But I'm happy Star Wars appears to be fun again and finally back to the winning pastiche. 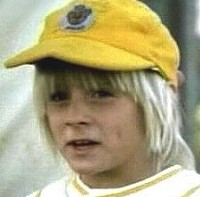 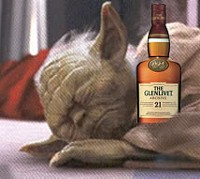 16
Charles, +++ for the memory of the bubble gum smell and the obsession with cards! You brought that same memory back from the depths of my mind ;-). I still remember one of my first true moral crises: in my 1st grade class a student was playing with his Star Wars cards in class and the teacher sequestered them on her desk. A huge stack, five times the size of my own. At recess I went inside to pee, and the room was unlocked. There they were, unguarded, mine for the taking. I stood there for minutes, agonizing over the opportunity to steal them. Finally I walked away, and a life of crime was narrowly avoided.
WFM on December 17, 2015 at 3:17 PM · Report this
17
Is Abrams going to make a career of copying, er rebooting popular sci-fi movies with younger actors? Does he not have ANY original ideas?

Khan, as in Genghis, not Kahn.
Abrams didn't remake The Wrath of Khan, he MURDERED it , and totes wasted the Cumberbatch.

Yes, I do hold a grudge for a long time over people who BLOW UP PLANETS and KILL WHOLE CIVILIZATIONS!
iseult on December 17, 2015 at 11:18 PM · Report this
18
So I thought this movie was as good as the best of them and seemed to be actively atoning for the prequel trilogy but BB8 was really pushing it. My 11 yr old loved him though. http://www.newyorker.com/cartoons/daily-…
HW3 on December 18, 2015 at 8:22 AM · Report this

19
@18: I personally thought the little soccer ball design looked pretty dumb and goofy since the day it was revealed, and would instantly suck any gravitas or feeling of tension from any scene immediately.

Don't work, sonny! And with the first film with the superior set design and special effects, you could get away with a bunch of mediocre actors --- but now submediocre actors like these younger ones, coupled with the geriatric crowd, simply doesn't get it!