Photos From Monday Night's Cake Vs. Pie Battle at the CakeSpy Shop

On Monday night I crowded inside the CakeSpy Shop, along with dozens of other cake and pie enthusiasts to decide once and for all, which is better, cake or pie.

There were 10 representatives from each side, and a panel of judges scoring each baked good on crust (or crumb), appearance, and flavor. Contestants brought things like rosemary ricotta lemon cake, chocolate cake with mocha buttercream, blueberry rhubarb pie, peach ginger pie, and cheescake swirled with chipotle chocolate pecan butter. The room smelled amazing.

Once all the cakes and pies arrived, the judges dug in, taking small bites of everything on the table (there were two judges for pie and two judges for cake). Then, the crowd got to sample the goods. That's when the place turned into a sugar-fueled madhouse. Small paper plates heaped with slices of Italian cream cake, caramel cake, and carrot cake with cream cheese frosting were passed over people's heads. Someone was shouting "Who wants blueberry pie?!" and another woman kept asking the crowd "Who wants an elegant Ding-Dong?" Everyone wanted an elegant Ding-Dong. Some people were wearing Team Cake buttons, while others supported Team Pie. Someone spilled lemonade; someone spilled a spoonful of blackberry filling onto the carpet; someone behind me said "I'm dizzy from all the sugar."

After over an hour-long feeding frenzy, the winners were announced. There were first, second, and third place finalists in both the pie and cake categories, and then one overall winner. That winner was the deciding factor on the long-standing pie vs. cake argument.

Find out who won, and see 16 delicious photos, after the jump.

Comments 36
Tags: Food & Drink Blogs
The Stranger depends on your continuing support to provide articles like this one. In return, we pledge our ongoing commitment to truthful, progressive journalism and serving our community. So if you’re able, please consider a small recurring contribution. Thank you—you are appreciated!
CONTRIBUTE NOW 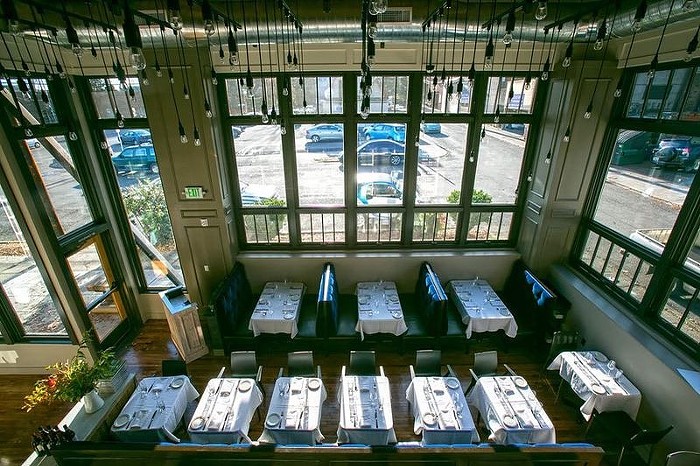