Yes, I know, all potatoes are plant-based, but so is the "sour cream" and "bacon" at Papas Hot Potatoes.

The baked potato is the American dinner table's best friend. Its simple russet base will take whatever toppings you want and go wherever you want it to go. Unfortunately for vegans, they taste best slathered in butter, covered in melted cheddar cheese, dolloped with sour cream, and sprinkled with bits of bacon.

Enter Papas Hot Potatoes, a restaurant that might be the city's first vegan baked potato bar. It is just off 65th Street in that area where Phinney Ridge slants down toward Ballard. I stopped by on a recent sunny day—and I stood in front of the baked potato bar for a full five minutes before I could decide what I wanted.

You can either build your own baked potato out of more than a dozen toppings or choose one of their signature papas. There's the American Gothic ($6), with bacon chips, chives, and sour cashew cream; the Mona ($9), with New Mexico green chili, jalapeños, and aioli; the Scream ($9), with red chili, vegan cheese, pickled onions, and chives; and the Papas Grande, which is two potatoes and includes all the toppings ($16).

I chose the Scream and then added a couple extra (complimentary) toppings, the coconut bacon chips and mushrooms. I was hungry, so I also got a side of mac and queso ($4.50), which I almost regretted when I saw how massive the plate I ordered was. As for the Scream, a baked potato was sitting somewhere underneath a sea of yellow "cheese" sauce and red chili, with coconut bacon chips covering the top.

The mac and queso was creamy and had a hint of coconut flavor. The noodles were a perfect al dente, but they seemed a little under-sauced (as opposed to the heavily sauced potato).

A good baked potato is a play on contrasts, and the Scream gave me the striking differences I was looking for. The sweet and tangy pickled onions complemented the rich red chili, which had a healthy amount of heat and felt surprisingly fatty, given the lack of meat. The coconut bacon chips were crunchy, sweet, smoky, and reminiscent of the flavor of bacon. The vegan cheese was bright yellow, gooey, and tasted almost nothing like cheese to me. It had a strong nutty flavor with a touch of sweetness. It was very enjoyable, borderline delicious, but most certainly not cheese.

Later, I was surprised to learn from Papas owner Chris Blanco that essentially everything on the menu, from the vegan cheese to the coconut bacon chips, is made in-house. When I asked him if he thought he had found a vegan alternative to the traditional baked potato, he said yes.

"It's never going to taste exactly the same," Blanco said. "But I think it definitely satisfies the same craving. If you are craving a baked potato with chili and cheese on it, you are going to be satisfied with what we create."

I was certainly satisfied with the Papas potato, especially as a semi-vegetarian myself, but it didn't necessarily replace all the flavors of a baked potato covered in animal products. No melted Tillamook cheddar. No butter. But it was still delicious, and I would definitely eat it again. 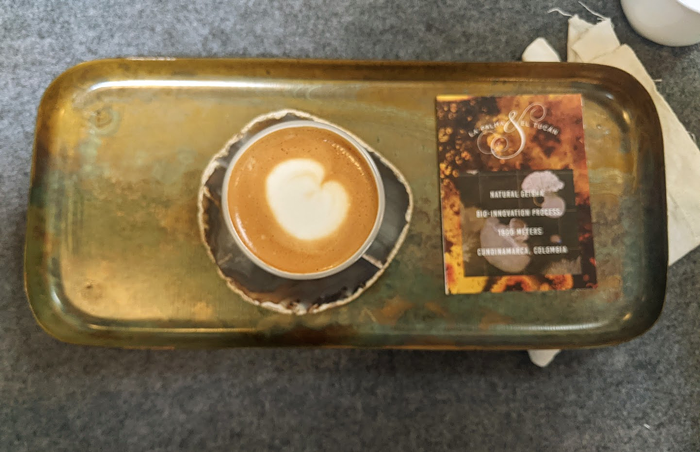