The Crazy Things That Happen Inside Orient Express

My Long History with the Magical Railcar Restaurant and Bar 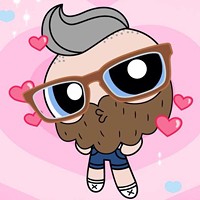 10
I think I still have some old Andy's coasters around and fondly remember chowing down on burgers with my father and ex-customs broker grandfather. Waving kitties aren't going to replace those memories.
ChefJoe on November 6, 2014 at 12:32 PM · Report this

11
I've had delivery from here multiple times - they don't even use real wide rice noodles? It's like some weird, thicker, awful variation.

How on earth you had multiple good dishes from this place when I've had zero edible ones is beyond me.
jnmend on November 6, 2014 at 12:36 PM · Report this

12
I used to go there for lunch when I worked at the south service center both in the Andy's years, and the Orient Express years. It wasn't bad. I didn't know some of those cars were from the old City Light railway.
Catalina Vel-DuRay on November 6, 2014 at 1:00 PM · Report this
13
#8 is a SODO potty mouth! Do you remember what the area was called before there was a DO?
Sterno on November 6, 2014 at 1:22 PM · Report this

14
If you need crazy, there's lots of hidden nooks and crannies to have sex in during the late night parties.
SchmuckyTheCat on November 6, 2014 at 2:32 PM · Report this
15
Also, the Train Car House Party happens there monthly. The next one is on Sat Nov 29th.
rhombus on November 6, 2014 at 3:33 PM · Report this
16
Drunk people do and say the darndest things! Ah, nostalgia over an old dump full of drunkies.. Wheee! What a waste of the printed page.
ritzidean on November 7, 2014 at 10:43 AM · Report this
17
Oh, jayzez, I worked as a hostess at Andy's Diner in the early 90s, when Andy Yurkanin was still running the place and his son (Travis? I can't recall) was starting to take over. All I remember is that they both wore the same kind of Sansabelt dress slacks. The place was grimy and reeked of cigarette smoke (as did I after every shift). The carpets looked as if they'd never been cleaned. I remember people complaining that they had to walk through a smoking car to get to the non-smoking car, and I couldn't convince the "management" to switch things around.

Oh, and the manager told me they added "the rotten ketchup bottles" to their Prime Steak Sauce™. Yum! There were some seriously hard-drinking regulars there every bloomin' night. I remember one guy would come over from the post office on his meal break and have several drinkies to get him through the night.

There were some real characters working there, too, including a Flo-from-Mel's-Diner-esque waitress named Flossie and a cocktail waitress named Elaine whose idea of getting "dressed up" was crotchless panties and dark brown lip liner.

Shit, now I've been catapulted straight into Traumatic Job-Related Memory Mode™. *sad trombone*
MsChilePepper on November 8, 2014 at 12:24 PM · Report this
18
I'm perplexed. You left a crucial component out of this article entirely, that which is possibly the craziest thing of all things that happen inside of this venue... the all-night parties. Train Car House Party is a LIFESTYLE and as recently as this Saturday 11/8 we raged. Make this addition and complete this story!
Tangerine Queen on November 10, 2014 at 12:23 PM · Report this
19
TRAIN CAR HOUSE PARTY!!!!!!! Last SATURDAY OF EVERY MONTH!!! YOU have NOT reported the FULL story!!
on November 10, 2014 at 8:56 PM · Report this

20
please god no don't go to train car . it's crowded , loud, and full of dancing fags.. and house music.. god.. HOUSE MUSIC..
reverend dr dj riz on November 11, 2014 at 9:32 AM · Report this
21
Andy's was the first restaurant I ever entered; I was six days old, in my father's arms and it was late November 1954 [yes, I'm an old What's the alternative?]. We ate there once a week until my dad died in 1977. When I "went off" to college [I moved into the dorm @ Terry Hall]] Andy Nagy sent me along with a huuuge container of their delicious blue cheese dressing. Sometimes I can still smell those steaks, the hash browns and the egg toast. I miss that place almost as much as I miss my dad.
OhJeezReally on November 11, 2014 at 5:07 PM · Report this
22
Last time i was there my jamesons was some low end scotch, so dont order off the top shelf.
on November 12, 2014 at 6:05 PM · Report this