Pot and Pregnancy: What Do We Know?

The science is very limited. 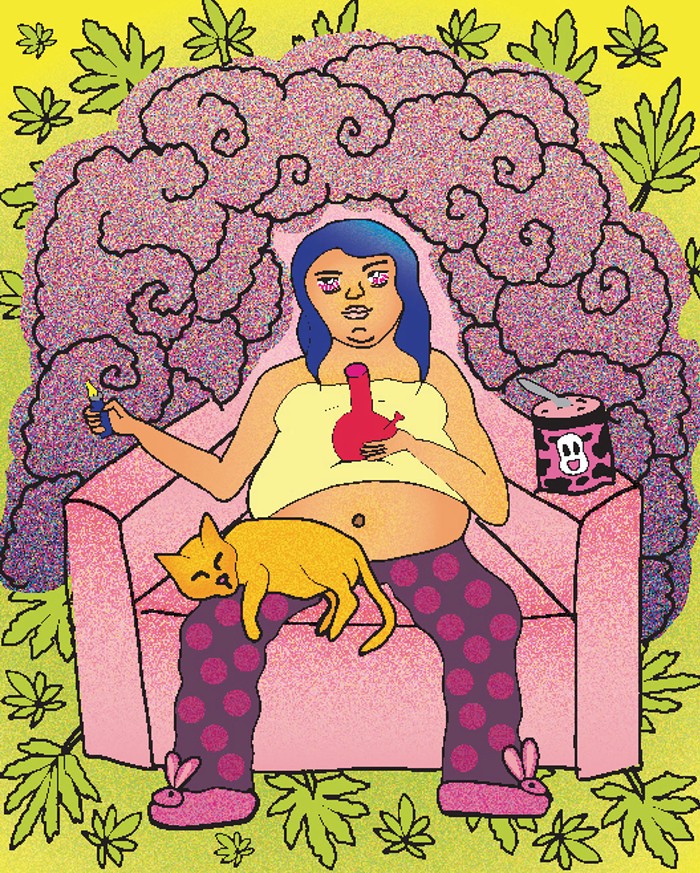 The long-term effects of pot use during pregnancy are virtually unknown. Ashley Belfsky
Tweet

For some women, pregnancy is a time of rebirth. They love every second of it, from the moment of conception to the delightfully easy and drug-free labor 38 weeks later when the baby just slips out. They feel powerful, strong, at one with their bodies, and attuned to the miracle of life all around them.

Not Suzie. Thirty-seven years old when she got pregnant, Suzie spent most of her mornings dry-heaving for an hour or so. Nothing came up, probably because she wasn’t able to eat. She was nauseated and swollen, and even a sip of water would cause heartburn so intense that it felt like a small campfire had been lit in her esophagus and chest. It was terrible.

So Suzie did what always worked for her when she was feeling sick or couldn’t eat: She smoked pot.

“Smoking weed helped everything,” she told me. “I didn’t want to get high, I just wanted to be able to eat and not feel like shit.”

“A lot of people think that alternative medicine and plants are not harmful, but there are a lot of plants that can cause birth defects,” says Dr. Kristina Adams Waldorf, a professor of obstetrics and gynecology at the University of Washington School of Medicine. “We know THC crosses the placenta and stays in breast milk for up to six days. If you wouldn’t give marijuana to your newborn baby, you shouldn’t use it when you are pregnant or breastfeeding.”

She’s got a point—it’s hard to imagine anyone sharing weed with a newborn. But that doesn’t mean plenty of pregnant women aren’t using it. Researchers with Kaiser Permanente Northern California surveyed around 275,000 pregnant women in that region, and they found that from 2009 to 2017, pot use during pregnancy grew from 1.9 percent to 3.4 percent. (Of course, this study was specific to Northern California, home of the Emerald Triangle, which is one of the weediest places on earth, so we should probably take it with a grain of THC-infused salt before extrapolating much about the rest of the world.)

Dr. Adams Waldorf told me she suspects some cannabis dispensaries actually market to pregnant women. In my (ample) experience in Seattle’s pot shops, I’ve never seen anything remotely like an ad for weed as a morning-sickness remedy—and, legally, pot producers are not allowed to make health claims about their products—but when I called three random pot shops in the Seattle area and asked what they would recommend for morning sickness, the budtenders all readily gave me suggestions.

One deeply male voice said that strains with a high CBD to THC ratio “are usually helpful” for him. One woman recommended the Girl Scout Cookies strain and said, “Congrats. Sucks, don’t it?”

Suzie did tell her doctor about her cannabis use. She downplayed the amount she smoked from every day to a few times a week, but she says her doctor didn’t shame her as much as she’d expected. Still, there can be a deep stigma when it comes to pot use and pregnancy, which can keep women from disclosing their use to their physicians. This is one of the challenges of studying pot and pregnancy: Self-reporting is notoriously inexact.

There are other challenges, too, which means the long-term effects of pot use during pregnancy are virtually unknown. Thanks to the federal ban on cannabis, it’s always been difficult for researchers to study pot and its effects.

Plus, US Food and Drug Administration approval of drugs can take decades—even if people have been using those drugs on their own for eons—and requires extensive testing on animal subjects before human subjects are brought in. Add pregnancy into the mix, and we might be gestating fetuses under heat lamps and ordering them from Amazon before pot is studied for its use in treating morning sickness.

Where there are studies on the effects of pot, many have significant limitations. Researchers can’t exactly give pregnant women weed and see what happens, so instead they find subjects who are already smoking weed and compare them to subjects who aren’t. The problem with this method is that so many pregnant women who smoke weed also use tobacco, alcohol, and other substances, so that when researchers select for just the cannabis users, they often don’t have a big enough sample size to make any real conclusions.

Despite the lack of long-term studies on the effect of cannabis on human babies, anyone googling pot and pregnancy will find plenty of information. From headlines alone, you can learn that smoking pot while pregnant is the “most dangerous trend” in the cannabis industry or that “researchers find mom’s marijuana use to impair baby’s memory.” The researchers in this particular case were administering THC to rats, not humans, but everyone reads beyond the headlines, right?

There have been a few more useful studies as of late. A comprehensive review of studies on the health effects of cannabis, which was conducted by a committee of experts from the National Academies of Sciences, Engineering, and Medicine, found there was no correlation between cannabis use and stillbirth or miscarriage. (Some studies have found an association between smoking weed and fetal death, but researchers were not able to conclude that it was smoking cannabis alone and not, say, tobacco, that was the problem.)

The same review found no association between marijuana use and fetal distress, head circumference, or birth length, but it did find that there was an association between cannabis use and lower birth weight. It wasn’t a major difference: Babies with moms who used pot at least once a week were an average of 84 grams smaller than babies whose moms didn’t. That’s less than three ounces, and it’s possible that the moms who smoked pot were more likely to experience morning sickness, nausea, or trouble eating, which also could have contributed to the lower weight.

Another study, this one published in the Journal of the American Medical Association earlier this year, came to similar conclusions. This study is particularly instructive because of its size: It included basically all women who gave birth in Ontario from 2012 to 2017, or around 600,000 subjects. The data was self-reported, which is certainly a limitation, but the study was so big that researchers were able to isolate women who used cannabis alone from those who used cannabis plus tobacco, alcohol, and other drugs, and they also found lowered birth weights.

Suzie’s baby, however, came in at a healthy eight pounds, and, two years later, is doing just fine. Suzie says she is curious, positive, and seems to have a high level of emotional intelligence. “I don’t want to be one of those parents who is like, ‘My child is so smart,’” Suzie says, “but my child really does seem smart.”

She has, at this point, no plans to get pregnant in the future, but if it happens, she says she’ll probably smoke pot again. “It’s nine months of pure hell,” she says. “I was just trying to survive it.”

Your Holidays Just Got Brighter— The Dina Martina Christmas Show Is Streaming in December!
’Tis the season for one of the most surreal and hysterically funny Christmas shows ever!
The Stranger depends on your continuing support to provide articles like this one. In return, we pledge our ongoing commitment to truthful, progressive journalism and serving our community. So if you’re able, please consider a small recurring contribution. Thank you—you are appreciated!
CONTRIBUTE NOW

It's Time to Hibernate