They Say Cannabis Is Bad for Your Memory. Is That True?

What the latest science says. 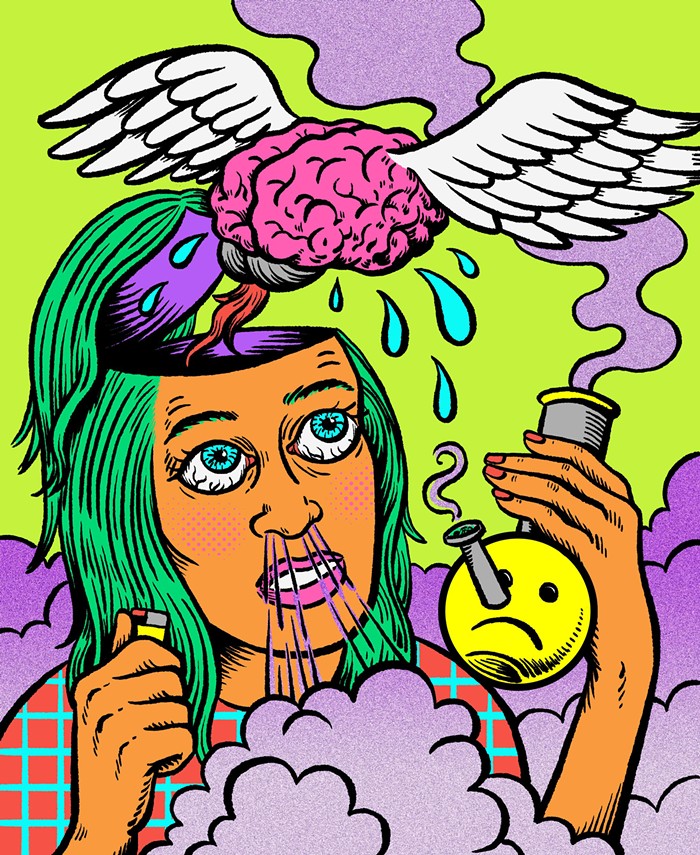 If you happened to be reading the UK's Daily Mail this past July (and, really, who wasn't?), you may have seen a headline with disturbing implications for the stoners among us. "Long-term use of cannabis... impairs memory, concludes researchers," the headline read.

The truth, like most things, is more complicated. Researchers in this particular study found that long-term exposure to cannabinoids—the compounds found in weed—led to "significant" memory impairments. These impairments were confirmed by brain scans, which found that memory-related structures like the hippocampus were smaller in research subjects exposed to cannabinoids.

In fact, after long-term exposure, those same research subjects were unable to distinguish between familiar and unfamiliar objects. It looked like bad news for committed stoners—who wants to forget what a toaster looks like?

There has been some recent research on cannabis and the human brain, and those findings may actually be something to celebrate.

A 2018 meta-analysis of 69 studies looking at the impact of heavy pot consumption on adolescents and young adults found that while learning, information processing, memory, and the ability to pay attention can be impaired under the influence of weed (duh), the effects aren't actually long-term. In fact, after just 72 hours of abstaining from weed, researchers found that users' brains largely bounced back to normal.

But before you load up the bong for a celebratory hit, you should know that another study, this one from 2008, found that adolescents who used weed were associated with poorer cognitive performance than their pot-abstaining peers. However! A different study, published this year, found that 28-year-olds who started smoking weed as adolescents performed as well or even better on cognitive tests than a control group of nonsmokers.

What do regular, heavy users say? Well, Willie Nelson didn't respond to my request for comment. And when I reached out to an old stoner buddy of mine who has been smoking weed regularly for the past 50 years, he forgot to call me back.

Clearly, more research (on humans) is needed before we can tell definitively what a lifetime of pot smoke will do to the gray matter. Until then, just watch yourself. Having trouble remembering where you left your keys, where you parked your car, or how you got to work? Lay off the pipe, and science says you should be back to normal after 72 hours. Or, at least, that's what some of the science says.

Why Weed and Alcohol Don't Mix

The scientific explanation for getting the spins.