Teachers Come to Terms, Weyerhaeuser Strikes All Over, and Joe’s Been Working on the Railroad

Conor here with your Conquests, and this week we’ve got teacher strikes that ended and ones that didn’t, local events, big raises, and other news important to YOU: the person reading this instead of working. Let’s get into it.

Teachers come to terms: As Hannah Krieg reported in Slog AM yesterday, Seattle teachers agreed to a new contract earlier this week. If you didn’t catch the news there, then here are the details:

According to an email from the district, the new contract promises union members a 7% raise the first year, then a 4% raise in 2023-24 and a 3% raise in 2024-25. Instead of combining three special education programs, the new contract combines two. Both sides also commit to joining another task force to figure out how best to transition to more inclusive models in special education.

Welcome back, SPS students! We are grateful for the support you gave us on the line and we will always keep advocating for more supports for you. #SEAstrong (note: because members voted to suspend the strike, tonight's rally has been canceled) pic.twitter.com/A0F2iAHqN1

But some aren’t thrilled: One teacher tells me, “We wanted a lot more support for Special Ed and multilingual students…[Seattle Education Association] just held the line on ratios that already existed. No progress in lowering them. The workloads for those staff aren’t sustainable, so I feel bad for those teachers and students.”

Eatonville victory: Eatonville teachers also reached a tentative agreement Wednesday night after a weeklong strike and months of negotiations. They tell me their gains include improving class sizes that were the 10th largest in the state, a workload that was causing major staff turnover, and staffing issues that affected student support. They will get a cost-of-living increase, as well.

Ridgefield still on the line: Ridgefield teachers are holding the line after the union passed a vote of no confidence for district administrators on Wednesday night. Want to help out? Click here to tell the Ridgefield School Board to offer their teachers a fair contract.

Joe’s been working on the railroad: Outlets have been reporting that Dark Brandon stepped in and fixed the railroad strike, which was going to cost us $2 billion a day! Well, not exactly. Railroad workers, whose jobs are grueling and often deadly, are not happy with the new deal that some are prematurely celebrating (SINCE IT HASN’T BEEN RATIFIED). Check out this video from More Perfect Union, and hear it straight from the workers below:

What a real railroad worker has to say about what’s happening: pic.twitter.com/f38Wj09vUP

r/railroading is unhappy with the tentative agreement, to say the least pic.twitter.com/xQ5oG6pkyP

Concrete contract is concrete: Heidi Groover at The Seattle Times reported Monday that Teamsters have ratified a new contract after months of negotiations with “The Concrete Cartel.” Details are scarce, but the statement from Teamsters Local 174 says, “The Agreement addresses most of the main priorities of the membership, including medical coverage for active employees, pension increases, and work rules that will solve workplace issues.”

Big ups for the folks up north: In other Teamsters news, workers at Unifirst Canada up in Langley, BC, got a big win, according to the union, in their new contract with “inflation-beating” 15% raises over the next three years.

Weyerhaeuser strikes all over: Weyerhaeuser really did it this time. Despite making $2.6 billion last year, they apparently offered a deal to their employees with vacation cuts, raises that didn’t keep pace with inflation, and new health insurance premiums. So in a September 2 vote, workers overwhelmingly authorized a strike. Just after midnight on Tuesday, they kept their word and walked off the job, shutting down 15 sites: “four sawmills, two log export facilities, two statewide log truck operations, and seven logging camps.” NW Labor Press has more.

Petco pettiness: More from this story I’ve been tracking on Conquests. Workers at the Petco location in Shoreline, looking to become the first unionized Petco store in the country, reportedly filed an Unfair Labor Practice complaint with the NLRB on Wednesday, claiming the store manager illegally tore down union flyers posted in the break room, directed others to do the same, confronted employees, and—get this—even sneaked the flyers out of the building, like some secret heist movie, since the workers couldn’t find the flyers in any of the garbage cans. LOL, the pettiness! I've written to the company for comment and will update if I hear back.

Today we filed an unfair labor practice charge against @Petco for removing union literature from our breakroom. #petsoverprofit #pawsoverprofit

NLRB+1: Let’s chat about the National Labor Relations Board (you use their full name when they have been a very bad board). Until the NLRB starts laying down some serious penalties, companies are going to continue to break labor laws. Well, they just named a new assistant to the regional director in our fair region, and hopefully Janet Little swings a big hammer.

WFSE+100: On Tuesday, members of the nearly 47,000-member Washington Federation of State Employees rallied around the state to raise awareness for their 2023-2025 contract fight. They say their staffing issues could be solved with the state’s surplus, but the state refuses. One member tells me their department has over a hundred vacancies.

hey just fyi, as far as i know the tweet “rail workers? yeah I’d love to!” is still available if you’re the kind of person that might say that

Events here! Get yer events here! It’s a three-fer, baby. First off, the Washington State Labor Council is hosting an event at Skagit Valley College on Saturday called Immigrant & Refugee Workers Rising and the Future of the Labor Movement. Saturday afternoon, Ostrom mushroom workers are asking you to join them in Sunnyside for a march. Then, Sunday through Wednesday, the Teamsters’ Annual Women’s Conference is happening at the Westin Hotel in South Lake Union, only a sniff or two away from Bezos’s Balls. Maybe they’ll take a swing while they’re down there!

The People v. Starbucks: Ahead of the Seahawks’ Monday Night Football win (WHY DID THE BRONCOS KICK IT?!), over 400 people came out to protest at Starbucks HQ in SODO. This week, Starbucks Workers United announced the launch of a mutual aid fund for workers, with up to $50,000 to be matched by a generous anonymous donor. Slam that link if you’d like to support these folks.

W-H-A-T else, else, else-else-else: McSweeney’s roasted union-busting CEOs everywhere. After a worker passed out from heat exhaustion, workers at an Amazon facility in Stone Mountain, GA, went on strike Wednesday. Workers at Wells Fargo are unionizing. Oxfam’s annual report names Oregon the best state for workers, and Washington checks in at number three. The Seattle Art Museum’s VSO Union could use your support. Folks at Pacific Architectural Wood Products in Portland and Brooks Manufacturing in Bellingham filed for union elections. And under no circumstances do you have to hand it to them, but, instead of throwing away union literature at their Buffalo, NY, location, Geico management just…got rid of the bulletin boards. LOL.

And now, your bop: It’s September, and although Demi Adejuyigbe has retired his wonderful September 21 videos, we can still enjoy this all-time banger song. Maybe you’ll join me in blasting it next Wednesday, on the 21st night of September? Either way, have a great weekend. 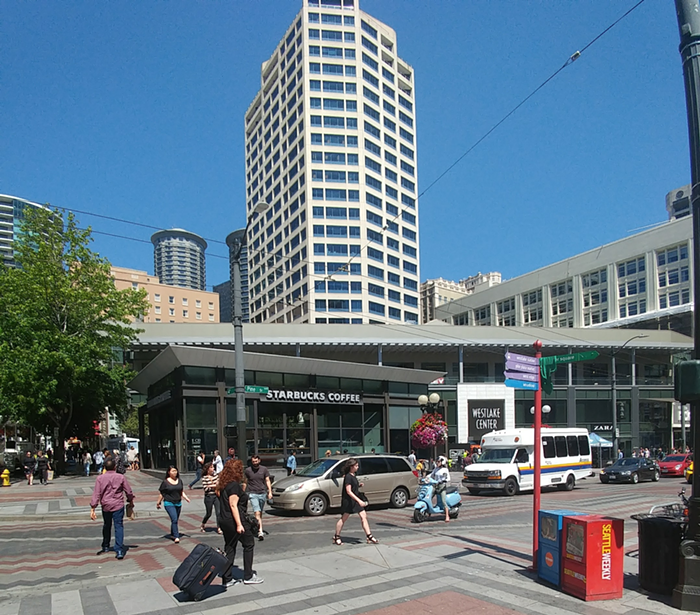