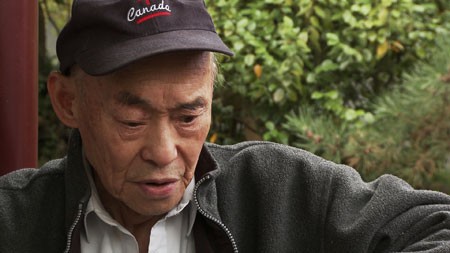 The filmmakers travel near (Seattle, Vancouver) and far (New Zealand) to document the indignities suffered by early 20th-century Chinese immigrants, with special attention paid to the outrageous exclusionary tactics (astronomical fees, followed by outright denial of entry) established by the Canadian government. A worthy subject, certainly, marred by some leaden recreations and a few too many shots of people slowly walking over to their scrapbooks. Still, the personal stories, when they come, are powerful, particularly those of a wonderfully salty military veteran turned protestor. Get this man a solo documentary, stat.
by Andrew Wright