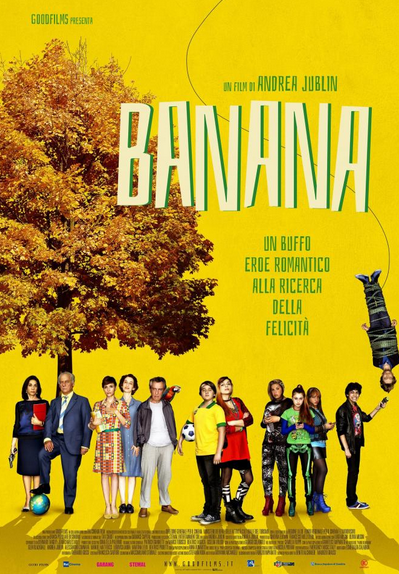 What is the nature of happiness? Young Banana (Marco Todisco), so nicknamed because of his fruit-shaped foot, believes that getting the girl of his dreams will make him happy. He also bases his whole philosophy on Brazilian soccer, and sees himself as a bold offensive player in the game of life, while his classmates see him as a weird and awkward child who messes up every chance he has to score on and off the field. This doesn’t stop Banana from trying and sometimes failing along the way. Director Andrea Jublin lets us know that life isn’t always straightforward or easy, but that there are some charming moments as we all try to figure out what we really want and what might be good enough if we can’t have everything. This delightful Italian comedy is a refreshing coming-of-age story of a boy who goes to great lengths for the girl he loves.

Because he wears a yellow soccer jersey, kids call the fast-talking Giovanni “Banana.” He isn’t crazy, though. He just talks to himself when he isn’t tutoring Jessica, the goth-punk object of his affections. The two don’t want to turn out like the unhappy adults in their lives, but Jessica is well on her way. If Giovanni can be exasperating, his chilly teacher and self-sabotaging sister could populate entire films of their own. (KATHY FENNESSY)
Buy Tickets