Bodyslam: Revenge of the Banana 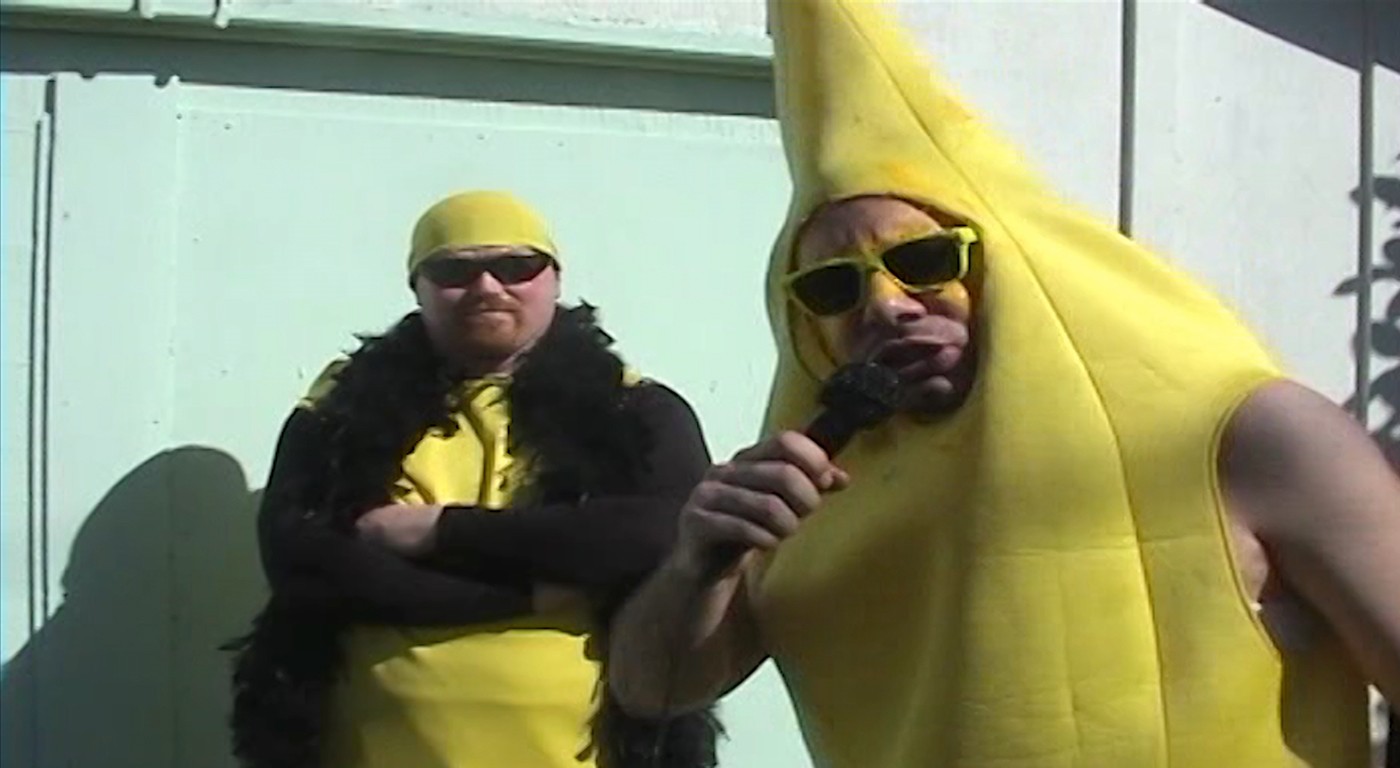 Ronald McFondle. Kiwanis Adonis. Eddie Van Glam. While you may have never heard these names before, the fans of Seattle Semi-Pro Wrestling’s shows definitely have. For six years, the stars of SSP honored and parodied professional wrestling with their boozy blend of burlesque and athleticism. Packing bars throughout the city with their profane, rowdy performances, they quickly developed an equally rambunctious following—audience members regularly hurl (mostly) empty beer cans at their villains. Somewhere amid the headlocks and half-nelsons, this troupe of outsiders slowly evolved into an unorthodox family, bound together by their love of performing. When new performer Paul (a.k.a. The Banana) joined their ranks, SSP had high hopes for their recruit. But each side had very different ideas of what his role should be, and when The Banana decided that they’d really slipped up, he went for the ultimate takedown. Suddenly, the wrestlers were forced to take on their biggest foe yet in an all-too-real fight for the future of their organization. Co-directors Ryan Harvie and John Paul Hortsmann follow the battle from Seattle’s dive bars all the way to the state capitol, with Seattle Semi-Pro Wrestling going to the mat to save their family.

: When you think of all the ways a doc about Seattle Semi-Pro Wrestling could’ve been kind of sloppy and still done the job, it makes you want to stand up and cheer for the filmmakers, who go several extra miles to imbue a story about Seattle’s irrepressible underculture with narrative drive and visual stealth that elevate everything about it. Talk all you want about how the city is changing. Here’s a movie that shows you the Seattle you sometimes forget is right in front of you, struggling to stay afloat. (SEAN NELSON)
Buy Tickets