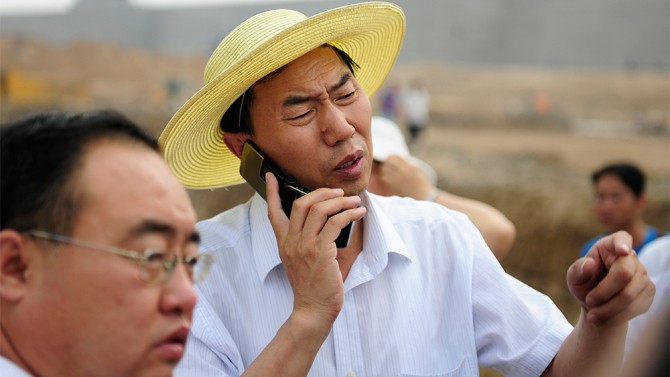 Geng Yanbo is the mayor of Datong, the once-flourishing capital of Imperial China, whose failing coal mining industry has left it with few economic prospects and only one claim to fame: being the most polluted city in China. However, Geng has an audacious plan to revitalize his crumbling city by transforming it into a tourist destination, with a world-class cultural center and a showcase for clean energy. But in order to do that, he’ll have to relocate 500,000 homes to make room for the restoration of the ancient city. Geng gives director Hao Zhou an unprecedented amount of access to this process, and Zhou takes full advantage of it, racing alongside the mayor as he calms protesters, chastises corrupt contractors, and fends off his wife’s increasing complaints about his workaholic ways. Shot in a breathless veritè style, THE CHINESE MAYOR captures China’s hurtling rush toward modernism, while managing to be both small in scale and immense in scope; simultaneously an intimate character study and a panoramic glimpse of the challenges inherent in trying to navigate the deep divide between local Chinese politics and the party elite.