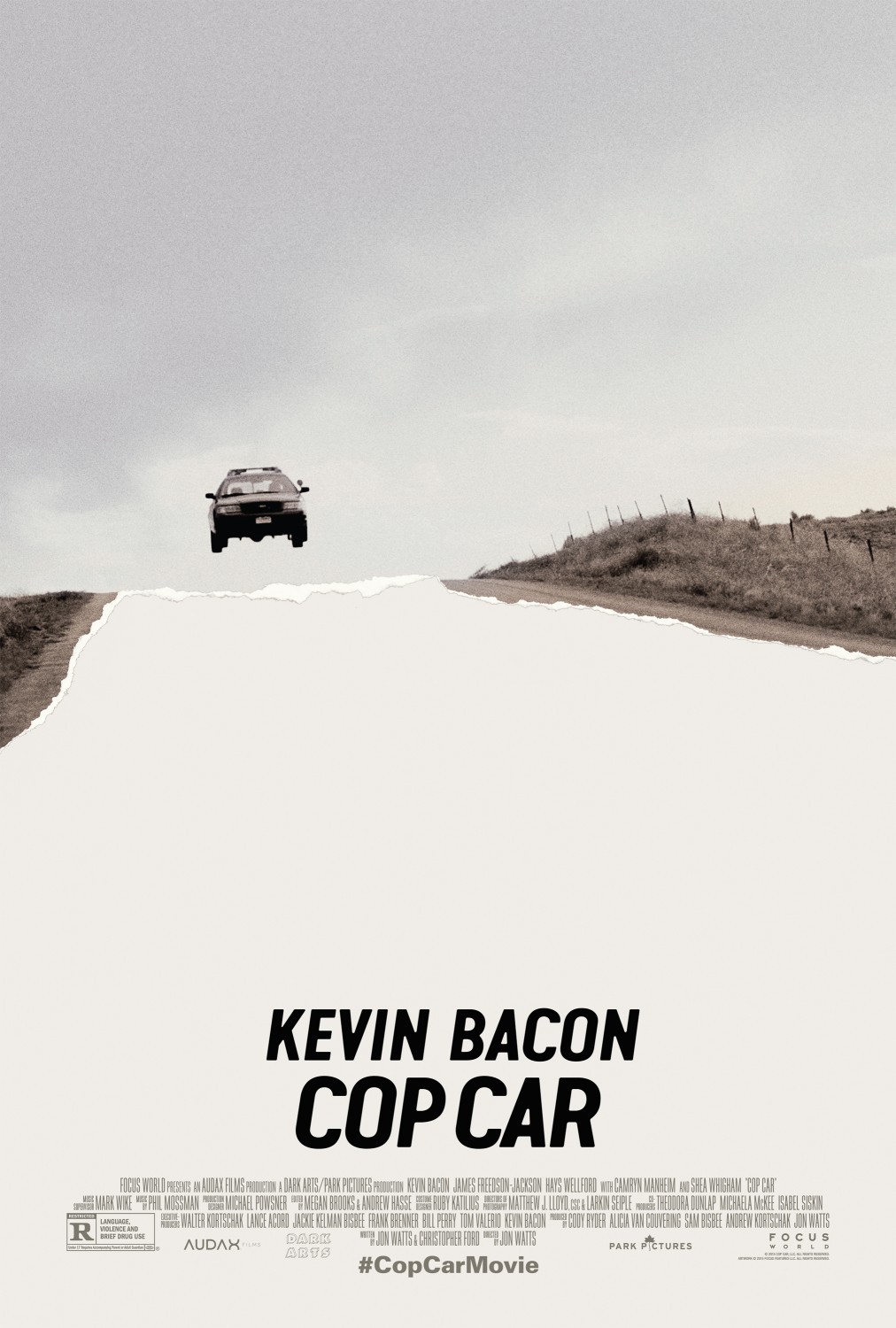 Two mischievous 10-year-old boys are playing in the Colorado wilderness when they stumble upon an abandoned police cruiser. With no owner in sight, they hop in for an impromptu joyride. But it turns out the owner of the car, Sheriff Kretzer (Kevin Bacon, sporting a truly menacing mustache), was in the woods for a reason that he wants kept secret, and he will do whatever it takes to retrieve his cop car. This humorous and tense modern noir from director Jon Watts plays out like a Coen Brothers version of childhood innocence lost: starting out lighthearted, though felonious, but leading to increasingly twisted results. Newcomers James Freedson-Jackson and Hays Wellford capture the spirit of male adolescence, needling and teasing each other into increasingly reckless behavior (and one priceless exchange of dirty words), while Kevin Bacon takes his corrupt lawman from classic Midwestern stoicism to unhinged desperation with remarkably little dialogue. Building in tension and surprises to a hard-boiled final chapter, the film ultimately offers one vital lesson for all ages: leave sleeping cop cars be!
Buy Tickets