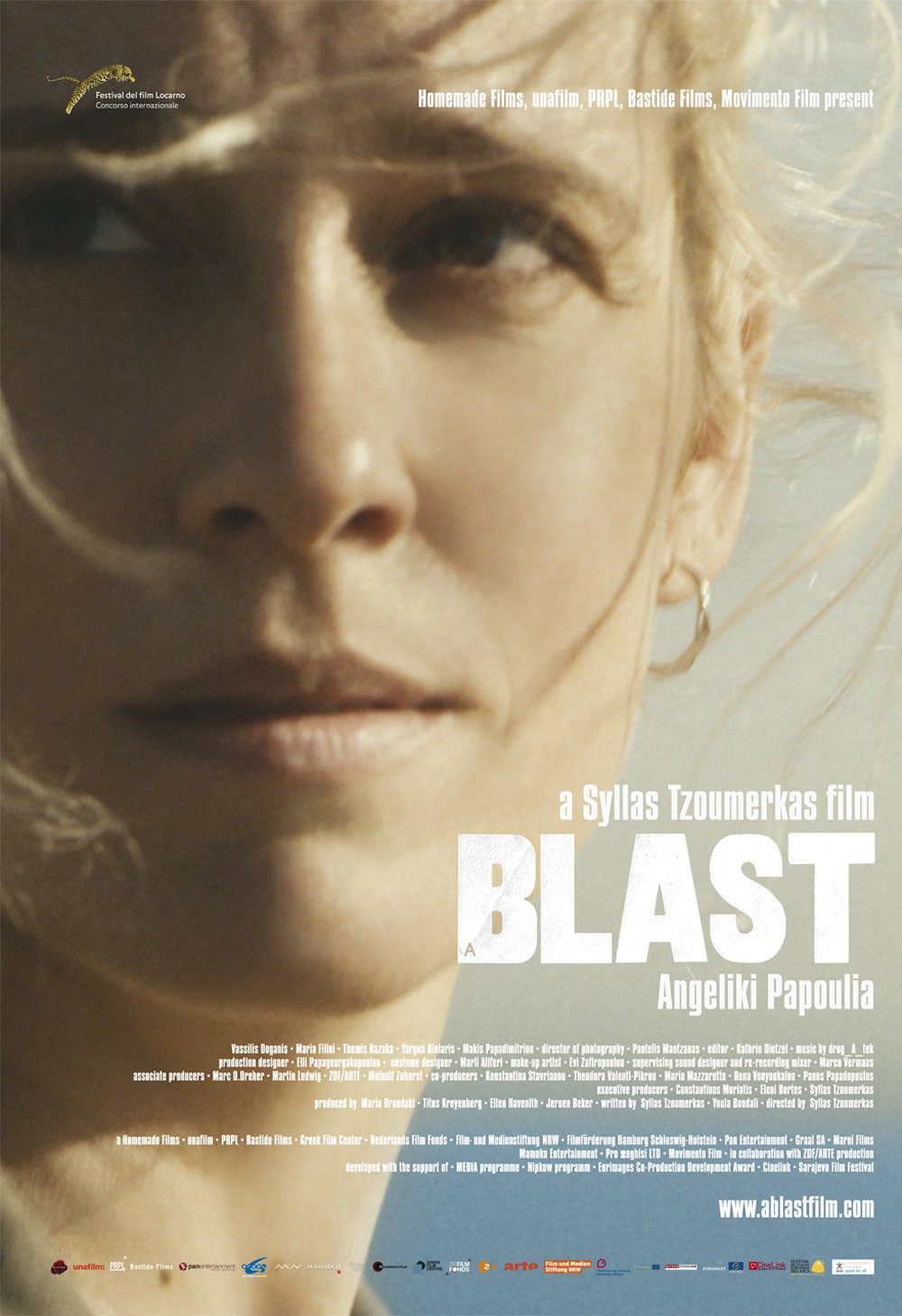 A road through the forest, a fire, arguments about the rights of man, bad economic news blasting from the radio, worry, heat, family hysteria, bankruptcy, always rushing, always waiting—this is the kind of tension that drives the rapid pace of A Blast. Flashing back and forth in time, we witness a woman, Maria, on the verge of a breakthrough, or alternately, a breakdown. Her life is told via flashbacks and memories, mixing the present in ever so carefully, to instill a sense of frenzied hurry and anticipation to her story. She stops her studies to run her wheelchair-bound mother’s store, and her husband is away at sea for long stretches of time for his job. Maria is left at home with three kids and a thousand obligations. Angeliki Papoulia (Dogtooth) gives an incredibly strong and heartbreaking performance, moving the drama along in this chaotic yet sensual story of people who have little control of their lives.

The feature film takes us right to the heart of the current economic crisis in Greece. A family is broke, owes a ton of money in back taxes, and is about to lose everything it owns--home, business, decent standard of living. Austerity policies imposed by the EU and IMF are so relentless that the only avenues left to escape their pressure involve breaking the law. This is the hard decision the family, and particularly its eldest daughter--whose husband spends much of the film fucking anything that moves--has to make. Austerity kills more people than Islamic terrorism. Don’t forget that. (CHARLES MUDEDE)