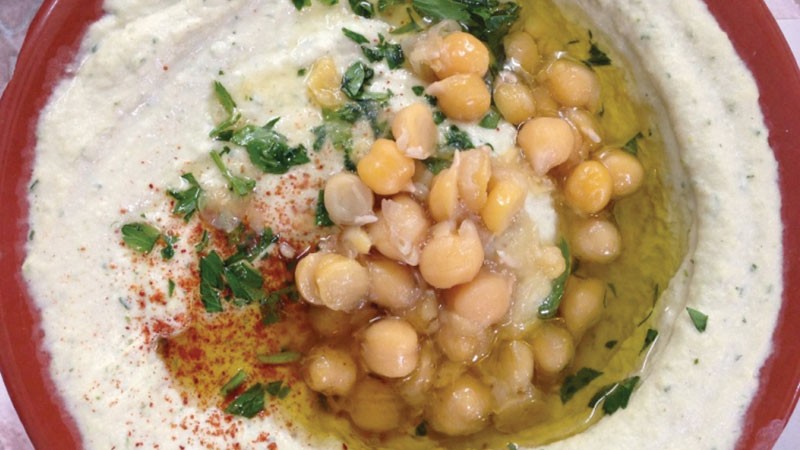 Food is more than sustenance; it points to who we are as people—individuals with families and histories. This joyful film, ostensibly about hummus, the Middle Eastern chickpea spread loved around the world, is actually a journey, via some of the region’s cooks and restaurateurs, through its gender politics, religious tensions, and familial traditions. (It also includes a brief, surreal detour through the Hebrew warrior arts and rap scene.) Everything about this movie is utterly charming, from its dated graphics to the animated cartoon chickpea that travels through maps of Israel and Lebanon in search of delicious, hummus-filled spots. (ANGELA GARBES)

Travel around the world, across religious and cultural divides, to meet the passionate disciples of the nutritious chickpea dish, including a Muslim housewife, a Benedictine monk, and a Lebanese cook who holds the title for "World’s Largest Serving of Hummus."
Buy Tickets